Was a Man 'Beaten to Death' Outside Rep. Lauren Boebert's Restaurant?

The controversial Republican congresswoman has repeatedly cited a fatal assault as the catalyst for her decision to carry a handgun at all times. What actually happened? 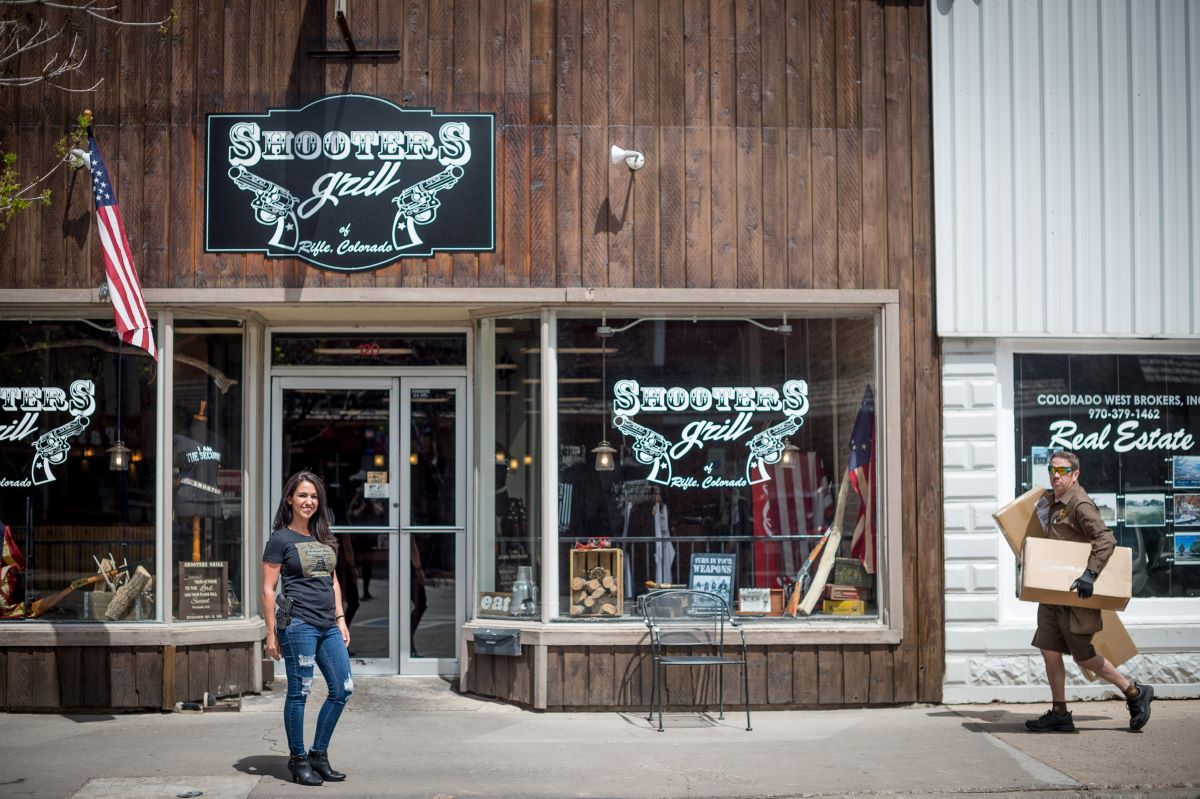 Claim:
A man was once "beaten to death" "outside" U.S. Rep. Lauren Boebert's restaurant in Rifle, Colorado.
Rating:

In August 2013, a man died after collapsing around one block from Boebert's restaurant in Rifle, Colorado. According to witness reports, he had been involved in a physical altercation earlier in the night.

The man was not "beaten to death." The results of his autopsy concluded that he died from methamphetamine intoxication — a drug overdose. Although the man was found close to Boebert's restaurant, he was not "outside" of it.

In March 2021, U.S. Rep. Lauren Boebert, the controversial first-term Republican Congresswoman from Colorado, spoke from the floor of the House of Representatives, in opposition to a bill that would expand background checks for prospective gun buyers.

During her brief remarks on March 10, she described a violent incident that, in her account, prompted her to carry a handgun on her person at all times, in order to protect herself. According to Boebert, shortly after she opened her restaurant, Shooters Grill, in the town of Rifle, a man was "beaten to death" outside the diner:

When I became a business owner, I needed to protect myself. There was an altercation outside of my restaurant, where a man was physically [beaten] to death. There were no weapons involved. He was [beaten] to death by another man's hand. I have a lot of young girls that work in my restaurant, and we needed an equalizer. I'm five foot tall. I barely weigh 100 pounds. I need something against a stronger potential aggressor, to defend myself with. Talk about women's rights — don't take my right away to protect myself.

However, some journalists and news outlets were quick to challenge the accuracy of Boebert's story, calling it "a lie," "debunked," and "bogus." Those reports pointed to a September 2020 article published by the Colorado Sun, which presented the following account:

The Rifle Police Department has no record of such a murder. A man did die on the sidewalk down the street from Shooters in the early morning of Aug. 22, 2013. Initially, it was investigated as a possible homicide, but an autopsy determined the man died from a drug overdose.

Snopes set out to investigate the facts surrounding Boebert's story. We obtained official Rifle Police Department reports, and an autopsy and toxicology report. Based on those documents, we are issuing a rating of "Mostly False" as to Boebert's claims. A man did die after being found close to her restaurant, on Aug. 22, 2013, and he had been involved in a physical altercation earlier that night. However, he was not "beaten to death," but rather died of a drug overdose. Furthermore, the location where he was found was not "outside" of Shooters Grill, or even in an adjacent alleyway.

Boebert is the proprietor of Shooter's Grill, on East Third Street in Rifle. It's not clear exactly when she first opened the establishment, but she officially registered it as a business on Feb. 25, 2013, according to documents held by the Colorado Secretary of State's office.

In 2014, Boebert became something of a celebrity, due to one novel feature of the restaurant — customers, and also Boebert's largely female staff, were permitted and even encouraged to openly carry licensed handguns inside the restaurant. Local and national news coverage followed, including segments on CNN and ABC News.

On a few occasions since then, Boebert has told the story of a fatal assault outside of or near the restaurant, and cited it as one of the main reasons why she decided to arm herself at work. The earliest instance we could find came in August 2014, in an interview she gave to The Daily Sentinel newspaper in Grand Junction, Colorado:

"A little while after we opened there was an altercation in the alley behind here," she explains while tossing a handful of pepper into the sausage gravy. "A man was assaulted and he ended up dying, and that really scared me. It made me feel that I needed to get my concealed carry (permit)." That decision, quietly made, led to Shooters being known as the restaurant where the servers are openly armed.

During her 2020 Congressional race, Boebert recounted the story again, this time in a December 2019 interview with the Durango Herald:

“There was an altercation in our back alley where a man was physically beaten to death, and it immediately prompted the question, ‘How will I defend my people?’ So I began to carry that day,” Boebert said. “A few weeks later, some of my waitresses asked if they could carry, as well, and they already had their conceal carry permits and had their guns in their purses, and we all agreed that none of us were comfortable having our guns unattended in our purses in the back, so they began to carry, as well.”

So Boebert's presentation of the story has been consistent on the key points: an altercation; a fatal assault without a weapon; shortly after she opened Shooters Grill; outside or in an alley next to the restaurant.

Snopes invited a spokesperson and an adviser to Boebert to provide further details of the incident, as well as any documentation, records or news reports that would corroborate her descriptions. We did not receive a response of any kind from them.

We also asked Rifle Police Department for details of any serious or fatal assaults, or discoveries of dead bodies in the vicinity of Shooters Grill, between February 2013 and August 2014. In response, Rifle police told us only one homicide investigation had taken place in that time period and made available a 51-page report on the Aug. 22, 2013, incident referred to in the Colorado Sun's article from last year.

The full report is available here. Rifle police redacted certain names and details related to an individual who was a juvenile at the time of the incident. In addition to that, Snopes made the decision to redact multiple names, phone numbers, and addresses in order to protect the privacy of several Rifle police officers, medical personnel, and members of the public, and because those details were not relevant to the substance of this fact check.

Based on several police reports and witness statements contained within the dossier provided to Snopes, the following is a summary of the key facts. Some of the details might be disturbing to some readers. The fact that Green had a gash over his eye, cuts on his face, and was found lying on the ground, in combination with witness reports that he had been in an altercation earlier in the night, understandably led the Rifle Police Department to initially investigate his death as a potential homicide.

However, that possibility was later determined to be "Unfounded" on the official police report, after the results of the autopsy showed Green had, in fact, died of a drug overdose — as the Colorado Sun correctly reported last year.

Snopes obtained a copy of that autopsy report, which can be read here. In it, forensic pathologist Dr. Robert Kurtzman found Green's death to be accidental (i.e., not a homicide), and the cause of death "methamphetamine intoxication." The injuries to Green's face were "consistent with a fall," but there were no associated internal injuries, and they were not the cause of his death.

The details of that fatal intoxication can be found in the toxicology report, which we also obtained, and which can be read here.

Boebert has consistently claimed that a man was "beaten to death" "outside" of her restaurant. While a man did die in August 2013 after collapsing close to Shooters Grill, he was not found "outside" of the establishment. And most importantly, although he was reportedly involved in a physical altercation earlier on the night in question, he was not "beaten to death," but rather died of a methamphetamine overdose. As such, we are issuing a rating of "Mostly False."

Snopes asked the spokesperson and adviser to Boebert whether she was aware of the results of Rifle Police Department's investigation into Green's death, and invited the congresswoman to respond to our findings. We did not receive a response.