No, the US Bobsled Team Didn't Name Their Sled 'Biden'

The claim originated with a website that bills itself as "the most reliable source of fake news on the planet." 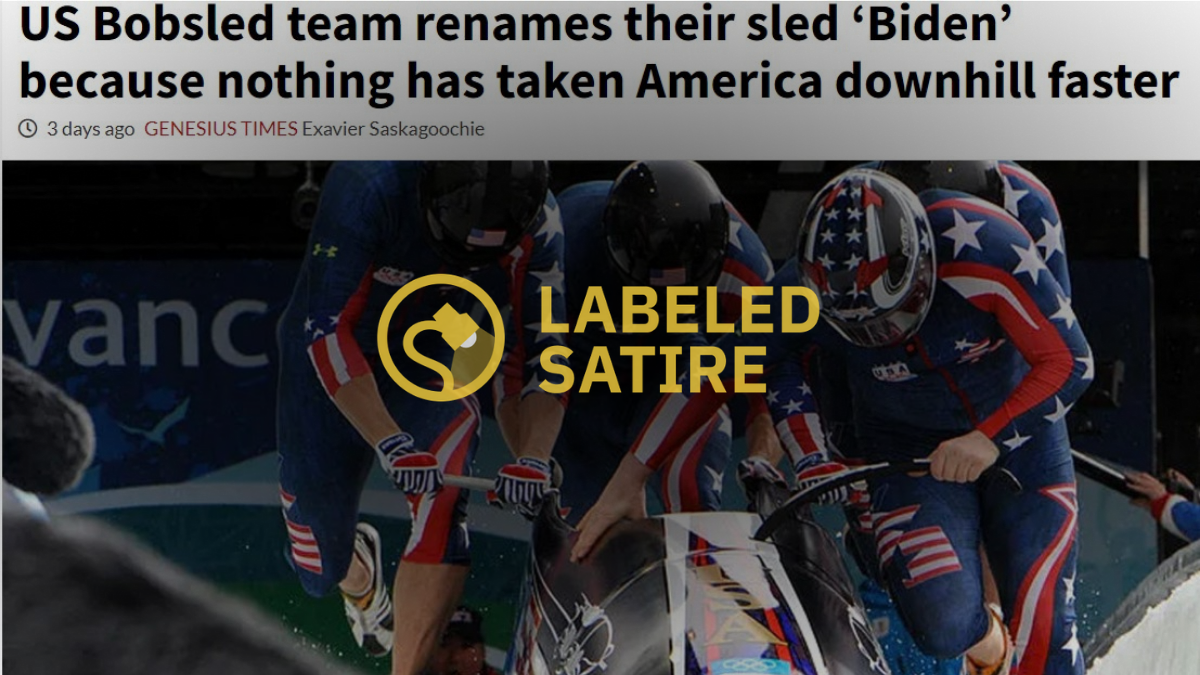 On Feb. 1, 2022, the Genesius Times published an article positing that the U.S. Olympic bobsled team had named their sled "Biden" because "nothing has taken America downhill faster":

BEIJING—In preparation for the 2022 Winter Olympics, the US bobsled team has named their #1 sled “Biden” because nothing has taken America downhill faster.

“You want to have every advantage possible in bobsledding,” US team member Hakeem Abdul Saboor said. “We just feel that with the name ‘Biden’ on the front of our sled, we’re going to go downhill faster than anything’s ever gone.

This item was not a factual recounting of real-life events. The article originated with a satire website. The Genesius Times describes itself as "the most reliable source of fake news on the planet" in its header, and adds that the publication strives "to provide the most up-to-date, accurate fake news on the Internet" in its footer.

This article went viral a few days after publication when it was shared by Sen. Ted Cruz (R-Texas). While Cruz did not specifically identify this piece as satire — his message consisted solely of three laughing emojis — clicking the screenshot he shared revealed the full image that included the site's "fake news" disclaimer: