The former game show host suffered a head injury in June 2017, but he did not die. 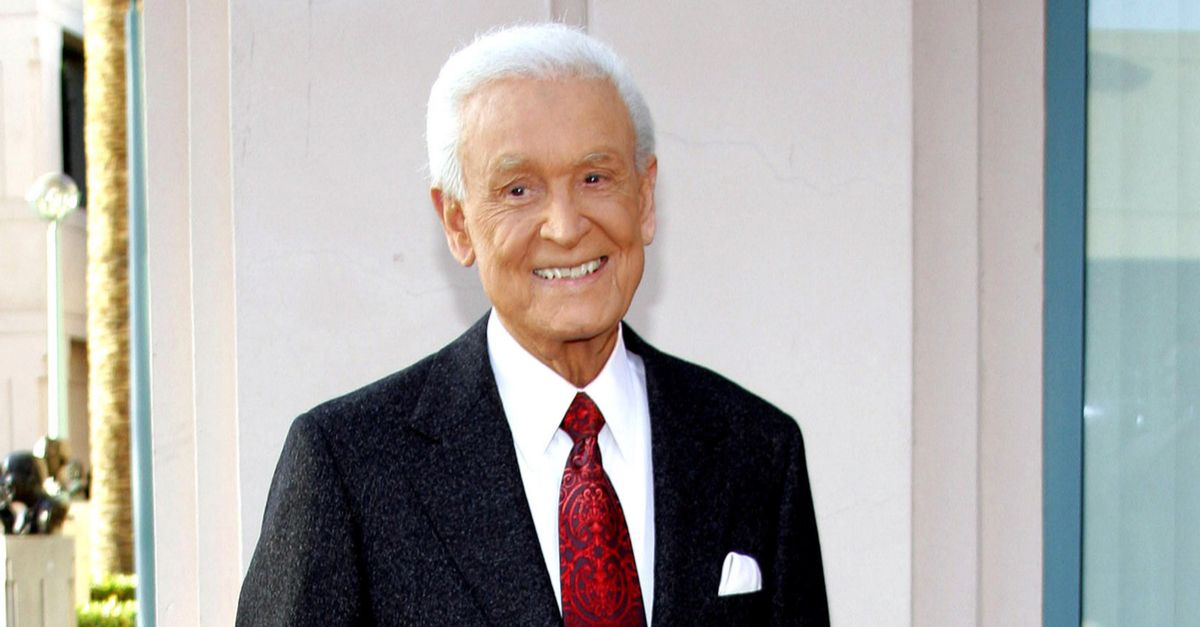 Claim:
'The Price is Right' host Bob Barker died in July 2017, after falling and hitting his head at his home.
Rating:

In July 2017, a web site called Action News 3 published an article reporting that former The Price Is Right game show host Bob Barker had died of a head injury sustained in a fall at home:

Bob Barker was rushed to the emergency room after a fall that split his head open. Several hours later, he was pronounced dead.

The 94-year-old former The Price Is Right host suffered a nearly two inch laceration on the side of his forehead due to a fall that took place near the star’s Hollywood Hills home.

‘Bob was taking a walk at around 10:30 AM near his Hollywood Hills home when he tripped on the sidewalk,’ police reported.

Police administered aid and called the paramedics. Barker was then taken to Cedars-Sinai hospital where he was pronounced dead at 12:34 p.m.

As is often the case with the celebrity death hoax form of fake news, one single, disreputable source reported what would have been major entertainment news covered by multiple national news outlet if it were true. There was a nugget of truth in the hoax, as People magazine had recently reported that Barker had sought medical treatment after falling and hitting his head at home, but the injury was not serious and Barker was described as being "on the mend" (rather than "dead"):

Bob Barker is on the mend after falling and hitting his head at home last week.

A rep for the former Price is Right host confirms to PEOPLE that Barker, 93, sought medical treatment after he fell last week at his Hollywood Hills home.

According to the rep, his housekeeper drove him to the hospital where he underwent a series of tests in the emergency room. He was released a few hours later, after doctors determined he had not suffered any serious injuries.

Nonetheless, the false report of Barker's death spread via social media sites such as Twitter:

Not Bob Barker. A pillar of my childhood. Carried a Price is Right lunch box in elementary school. RIP

Sam Shepard and Bob Barker on the same day. Who's next?