Video: Did a Boater Really Capture a Volcanic Eruption?

And somehow the video survived as the boat submerged beneath tsunami waves. 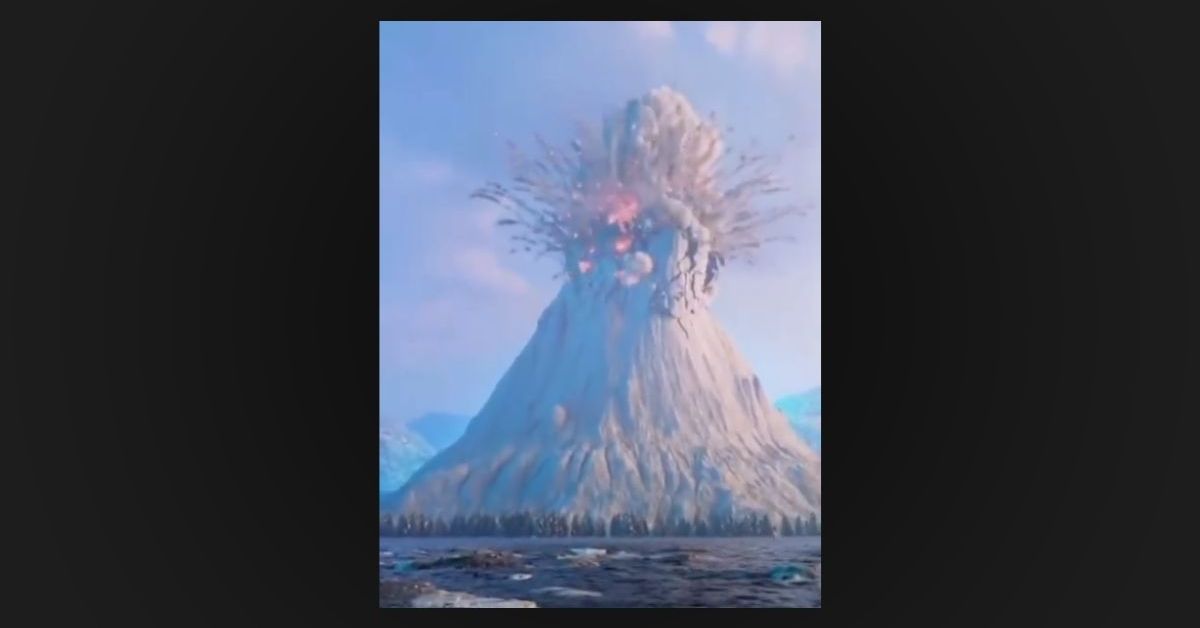 Claim:
A video that went viral in 2022 was a genuine recording of someone on a boat experiencing a volcanic eruption.
Rating:

In 2022, a video that appeared to be a recording of someone on a boat experiencing a volcanic eruption — tsunami waves and all — circulated widely online. The video was not real, however. Rather, the footage was a result of computer-generated imagery (CGI).

In July 2022, for example, the Twitter account @AwesomeEarthPix, with more than 500,000 followers, posted a version of the video. In that tweet, the video's audio toward the end included voices shouting unintelligibly.

However, in a reply to that tweet, the image fact-checking Twitter account @Hoaxeye, pointed out that the footage was not authentic, but rather the product of digital-editing software. The reply tweet by @Hoaxeye included what that account claimed to be the source of the video.

We looked into that alleged source; a November 2021 Instagram post by user @aleksey__n. That post — which, based on our research, was indeed the origin of the footage — showed the explosion and subsequent tsunami waves with the sounds of birds and waves, and tension-filled music, in the background. The Instagram caption stated “Recreation” along with a number of revealing hashtags, including “#3d", "#animation", and "#cgi."

We reached out to Aleksey Patrev, the person behind the Instagram account, and will update this post if we get a response. Patrev confirmed to AFP in January 2022 that he was the creator of the video, and he said the footage "is computer graphics and has nothing to do with reality." At that time, the video was circulating with the false claim that it depicted a volcanic eruption in Tonga.

A volcanic eruption that caused tsunami waves really did take place in Tonga in January, but this video did not depict it.

In a series of videos uploaded as Instagram Stories in late 2021, before he posted the finished clip that went viral, Patrev showed how he made the video with special effects. Three different clips (we took screenshots of them and display them below) showed the process of layering special effects to display a realistic-looking volcanic explosion followed by a tsunami. Since the original source of this footage confirmed it was the result of CGI and did not show a real volcanic explosion from the perspective of a boater, we rated this claim "False."