Did a Boat Block Traffic on a Florida Highway?

The revenge of the boats has begun! 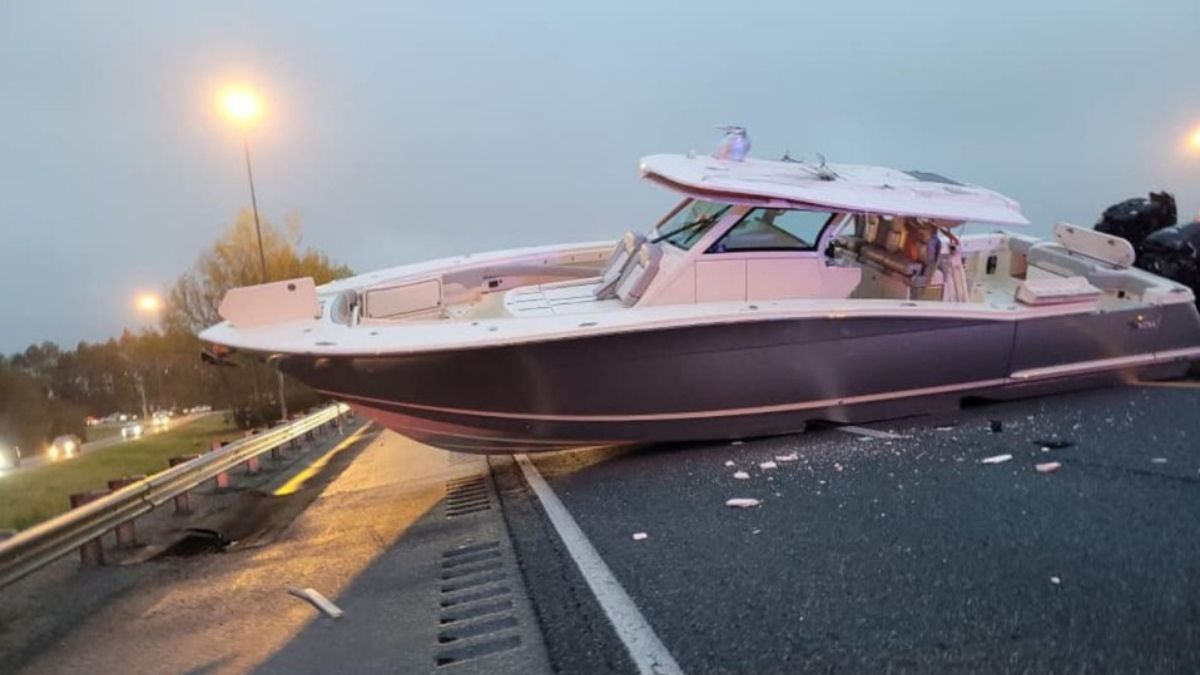 In March 2021, as a massive cargo ship was stuck in the Suez Canal blocking one of the world's busiest shipping routes, a photograph showing a boat blocking traffic on a Florida highway started circulating on social media: It was originally posted by the Crestview Fire Department of Crestview, Florida, on March 25, 2021. While the impact of this accident may not be as significant as the blockage of the Suez Canal, this fire department noted that westbound traffic on the Crestview MM56 Overpass was briefly being blocked by this boat:

Expect delays at the Crestview MM56 Overpass going westbound.
A considerably large boat is blocking westbound traffic.
Confirmed no injuries and Crestview’s Engine 2-A shift has since cleared the scene.
FHP currently handling the removal of the boat.

The local news outlet Crestview Bulletin reported that the boat ended up on the highway after a 64-year-old driver from Penscaola lost control of his trailer and it hit a guard rail. Nobody was injured in the accident.

The boat trailer reportedly started swaying violently from side to side as the pickup truck began to cross under the State Road 85 overpass and the trailer collided with a guardrail.

The collision caused the boat to break loose and overturn numerous times before coming to a rest, blocking both lanes of westbound Interstate 10, FHP reported. The pickup truck was driven to the median on Interstate 10.