Perhaps Blue can give us some clues to solve this one. 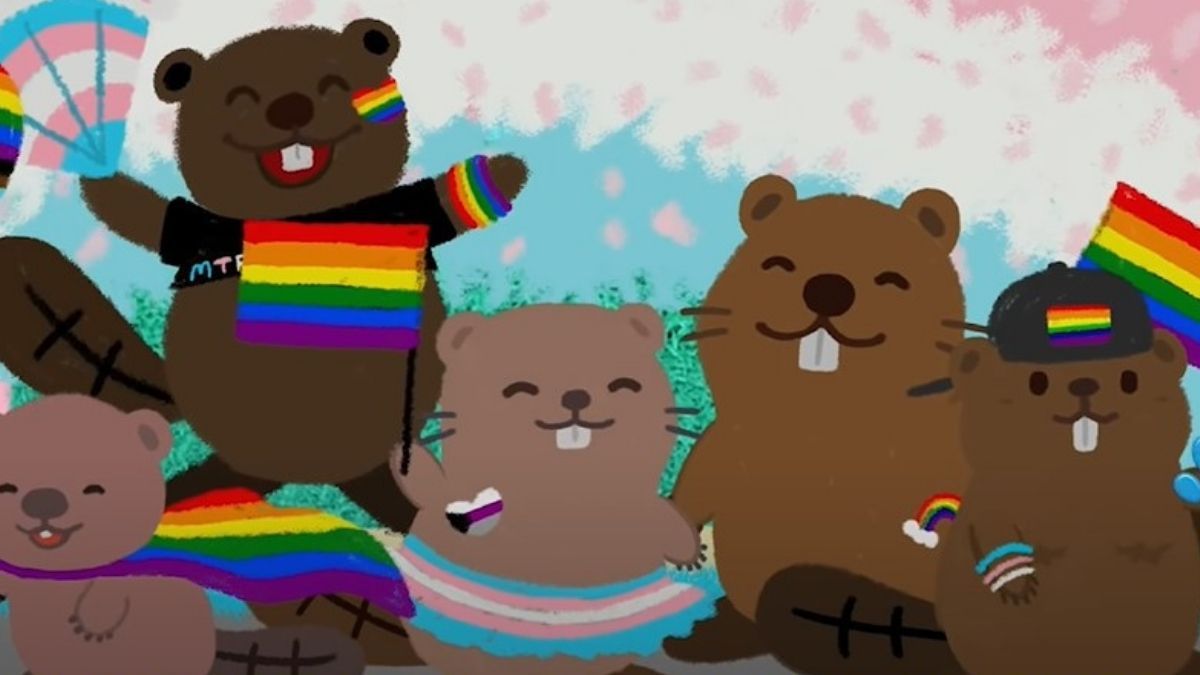 Claim:
An animated Pride parade from the Nick Jr. show "Blue's Clues and You!" featured a beaver with scars from top surgery.
Rating:

At the start of Pride Month in June 2021, Nickelodeon shared a video on its official YouTube page for the show "Blue's Clues and You!" that featured an animated Pride Parade led by American drag queen and activist Nina West:

One particular moment in this Blue's Clues pride parade drew special attention from members of the transgender community who saw the inclusion of a beaver with "top scars" (the scars from a surgical procedure known as top surgery or Masculinizing Chest Reconstruction in which transgender men remove breast tissue) as heartwarming. This is a genuine screenshot from the Blue's Clues pride parade and a spokesperson for Nick confirmed to us that these markings are indeed scars from top surgery.

This beaver appears during a portion of the video that features a family with transgender members. In addition to carrying the standard pride flag, members of this family wear bracelets and skirts and hold balloons with the colors of the transgender flag (light blue, pink, and white).

The parade is set to the classic tune of "The Ants Go Marching." Instead of counting marching ants, however, West sings about a parade of animals representing the LGBTQIA+ spectrum. When the beavers come on screen at number four, West sings:

Lindz Amer, a creator and activist specializing in queer all-ages digital media, consulted with Nickelodeon during the creation of this parade video. Amer told Yahoo News that one of her goals was to bring "specificity" to the video by including language that referred to specific groups of people.

"Queer folks are not a monolith and I can’t possibly make every single queer person happy, especially considering the profound lack of LGBTQ [representation], especially in preschool content. All we can do is try our best and I think we did a pretty good job! The team was an absolute dream to work with and it’s for sure the queerest thing I’ve ever seen happen in the preschool space. My main goals were twofold: to try my best to bring specificity to the video, that’s where the song’s vocabulary came in using words like queer, trans, non-binary, ace, pan and bi. And second, to expand the definition of family as it applies to the queer community, so acknowledging chosen family was a big part of that.”

“I hope families and queer folks see themselves in the video ... Everything I do is in an effort to spread queer joy and this video fits perfectly in that mission.”

The video received plenty of support, but some conservative commentators have claimed that this video is forcing "gender confusion" on children. West responded to the criticism, telling Entertainment Weekly that "LGBTQIA+ families deserve a safe space to raise their children and celebrate their individuality and grow without fear."