Why I'm Scared of the Ocean

A photograph appears to show an enormous blue whale swimming underneath a boat. 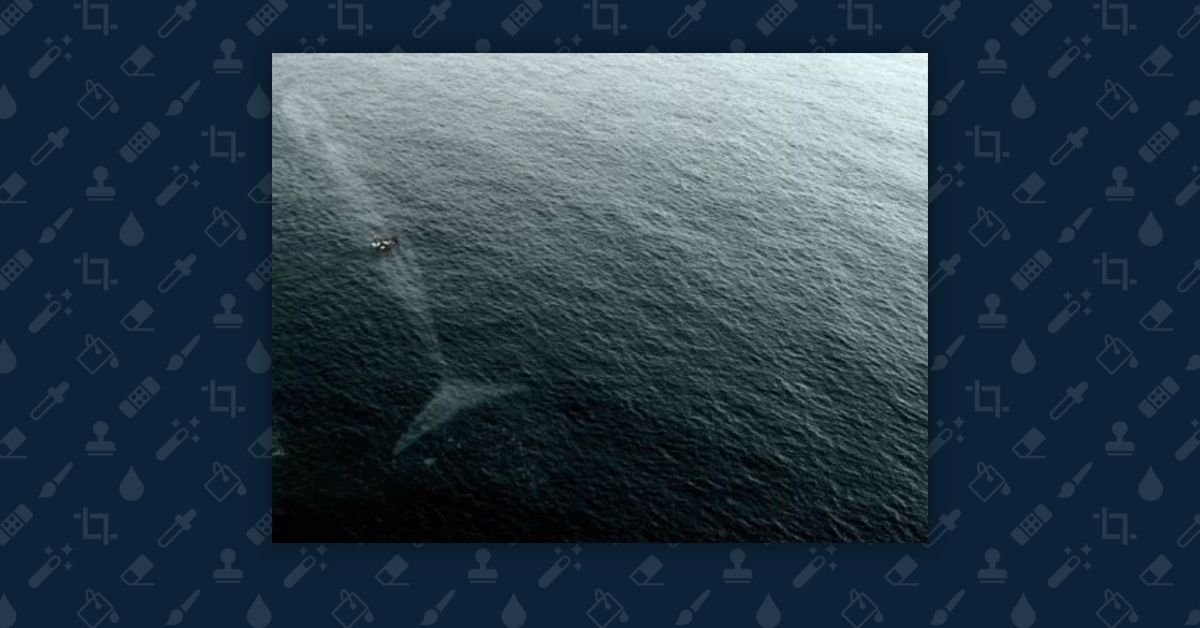 Claim:
A photograph shows an enormous blue whale swimming underneath a boat.
Rating:

A photograph purportedly showing an enormous blue whale swimming under a boat went viral in April 2015 after it was posted to Reddit under the title "Why I'm scared of the ocean." Viewers were quick to dismiss the image as a piece of digital trickery, with many claiming that the whale pictured was simply too large to be real: Although blue whales are the largest animals ever to inhabit the earth, even they have their size limits. According to National Geographic, blue whales can grow to about 100 feet in length and can weigh as much as 200 tons. This begs the question: Does the animal shown in the photo fit with what we already know about blue whales?

But estimating the size of the whale may not be the best way to judge the authenticity of this photo. Instead, let's turn to the image's source.

Although the image has been circulating online since at least December 2014, we haven't yet determined exactly where it originated. When the Ocean Conservation Society shared the image, they claimed that it was taken by "Mammifères marins de la Côte-Nord," a French whale watching group. When the photograph was shared by the Tumblr blog Six Penceee, they attached a different story to the image: "From the upcoming movie 'Heart of the Sea.'"

Promotional material from director Ron Howard's movie In the Heart of the Sea (about the whaleship Essex, which was rammed and sunk by a very large sperm whale in 1820), does feature several images that look similar (but not identical) to the photograph in question: It's possible that this image was created in conjunction with the film In the Heart of the Sea, but we haven't been able to definitively connect the two yet.