Oddly enough, the word "dragon" in this claim is not the misleading one. 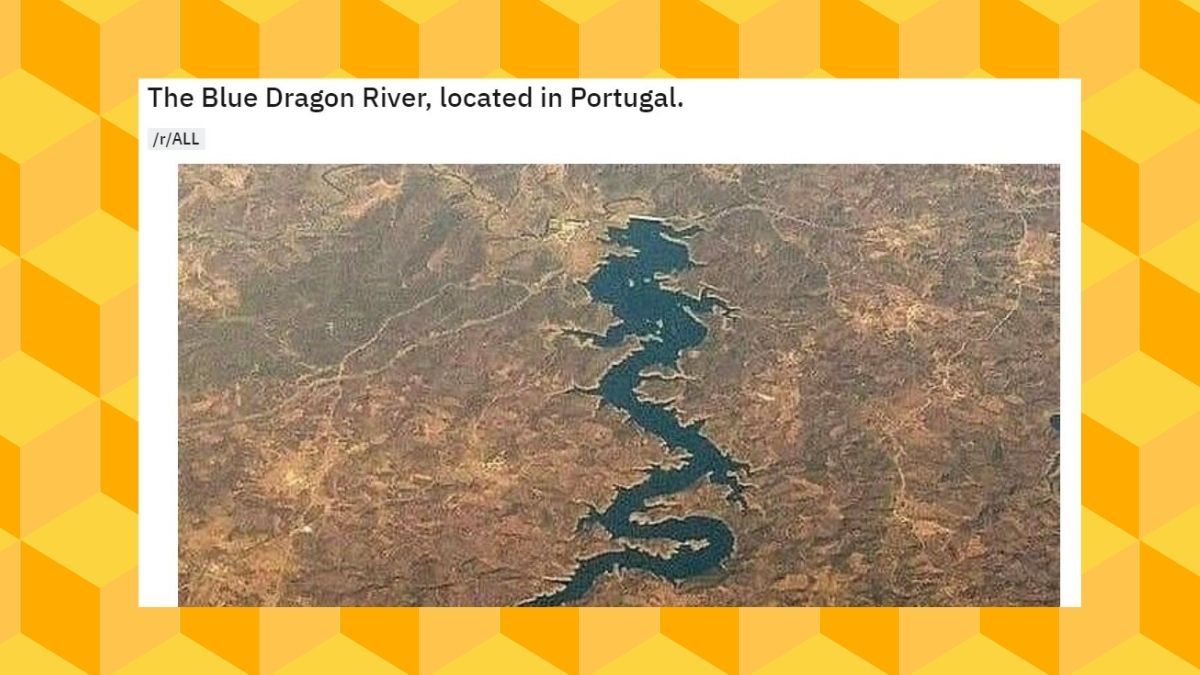 This is a genuine photograph of a body of water in Portugal that resembles a dragon. The "river" in this image, however, would be more accurately described as a reservoir.

A photograph supposedly showing a river in Portugal resembling a mythical dragon has frequently been met with skeptical questions as it circulates on social media: 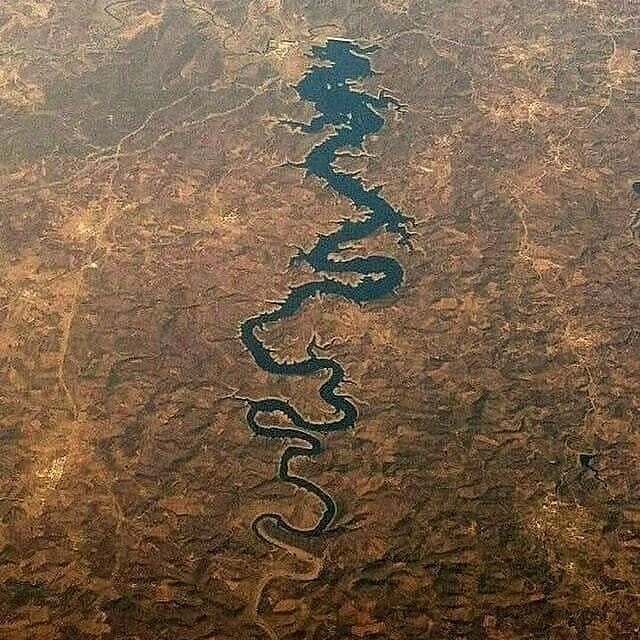 This is a genuine photograph that shows an aerial view of the Odeleite River reservoir in southern Portugal. The above-displayed picture was originally posted to Reddit by u/docious in September 2015, with the Reddit user claiming the photograph was taken while flying over Portugal during a flight between Amsterdam and Marrakech.

This body of water can be seen on Google Maps here. While the above-displayed picture is rather popular on social media, it isn't the first to capture the "Blue River Dragon." In fact, this nickname for the Odeleite River reservoir appears to have originated in 2010 after photographer Steve Richards posted the following picture under the title "The Blue Dragon."

Richards wrote on Flickr that his photograph also stirred up plenty of skepticism. Richards explained on his Flickr page that this was indeed a genuine photograph of a river that he took during a flight. The colors in Richards photograph were enhanced with an editing program:

Since posting this photo, I'm amazed and highly flattered that it has proved so popular. I've seen it on many 'blog' sites with people commenting left, right and centre on it and a recurring theme seems to be that some people believe it to be either a computer generated image or a piece of digital art from some computer game. I even read somewhere that it was an artificially coloured satellite image!

For the record, it IS a photograph, of a real place, that I took on our flight from Cardiff to Faro.

The blue colour is from the water reflecting the sky and the white flecks are of course the clouds. The striking colours are thanks to running the original picture through Topaz Adjust 4.

Not that the above information will help anyone convinced that it's fake, but at least it allows me the opportunity to set the record straight for anyone willing to read this text.

This reservoir was formed by a dam that was constructed on the River Odeleite in 1998. The tourism site VisitPortugal.com writes:

Located in the municipality of Castro Marim in the Algarve, the Odeleite Dam was built on the River Odeleite, which rises in the uplands of the Serra do Caldeirão and flows into the Rio Guadiana.

An aerial photograph showed that the reservoir is shaped like a blue dragon, a symbol of power, strength and good luck in Chinese culture, as well as being an emblem that was traditionally used by the emperors throughout history. This fact has attracted the attention of many visitors, who started to refer to it as the "River of the Blue Dragon".