Does This Picture Show the Blue Angels Performing 'The Hand of God?'

An estimated 11 million spectators view the squadron during air shows each full year. 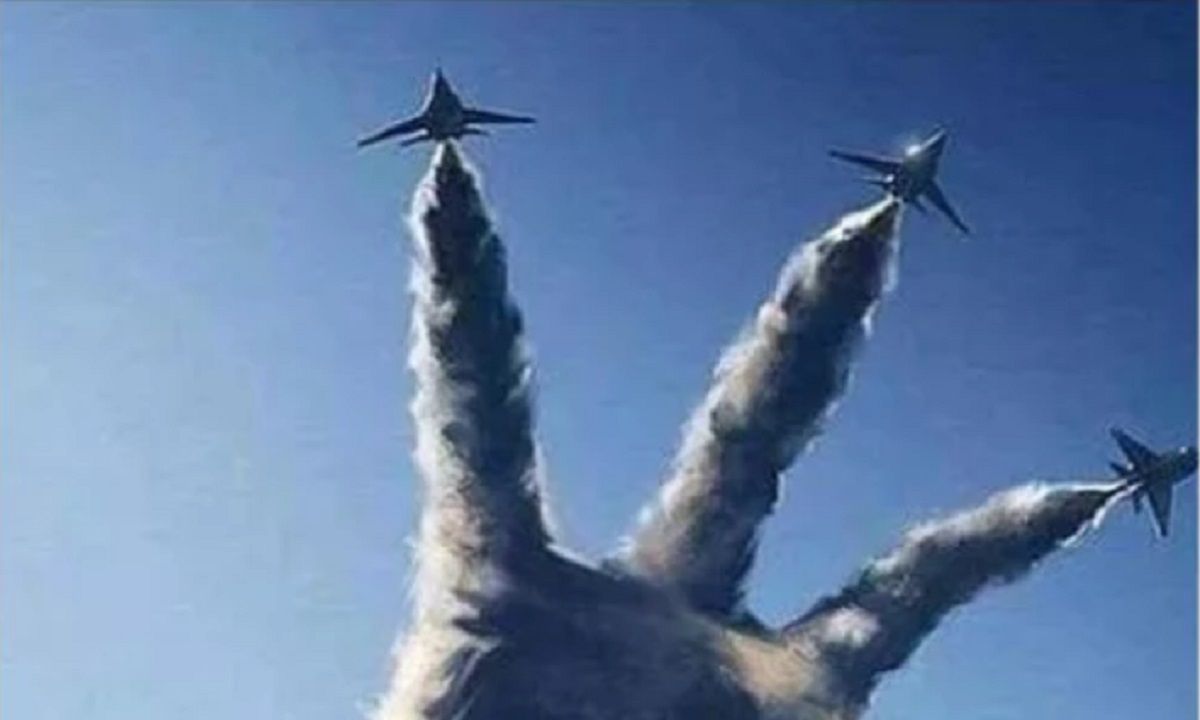 The United States Navy's Blue Angels flight demonstration squadron are known for pulling off some spectacular aerial feats. At speeds reaching nearly 700 MPH, these acrobatic aviators perform loops, rolls, inverted flybys, and, according to a popular internet image, a maneuver called "The Hand of God": But this image isn't a photograph of the Blue Angels performing a stunt called "The Hand of God" -- or even a photograph at all. This is actually a piece of digital artwork created by Alexander Zienko and posted posted to the web site Deviant Art in March 2015 under the title “Aviahand.”

Although some viewers may have mistaken this digital artwork for a photograph at first glance, Zienko accompanied his post with the tags "digital art," "drawings and paintings," "illustrations," and "conceptual."