Did a BLM Member Kill 3 People at a Retired Police Officer's Bar?

The fatal shooting of three people was politicized when rumors circulated on social media. 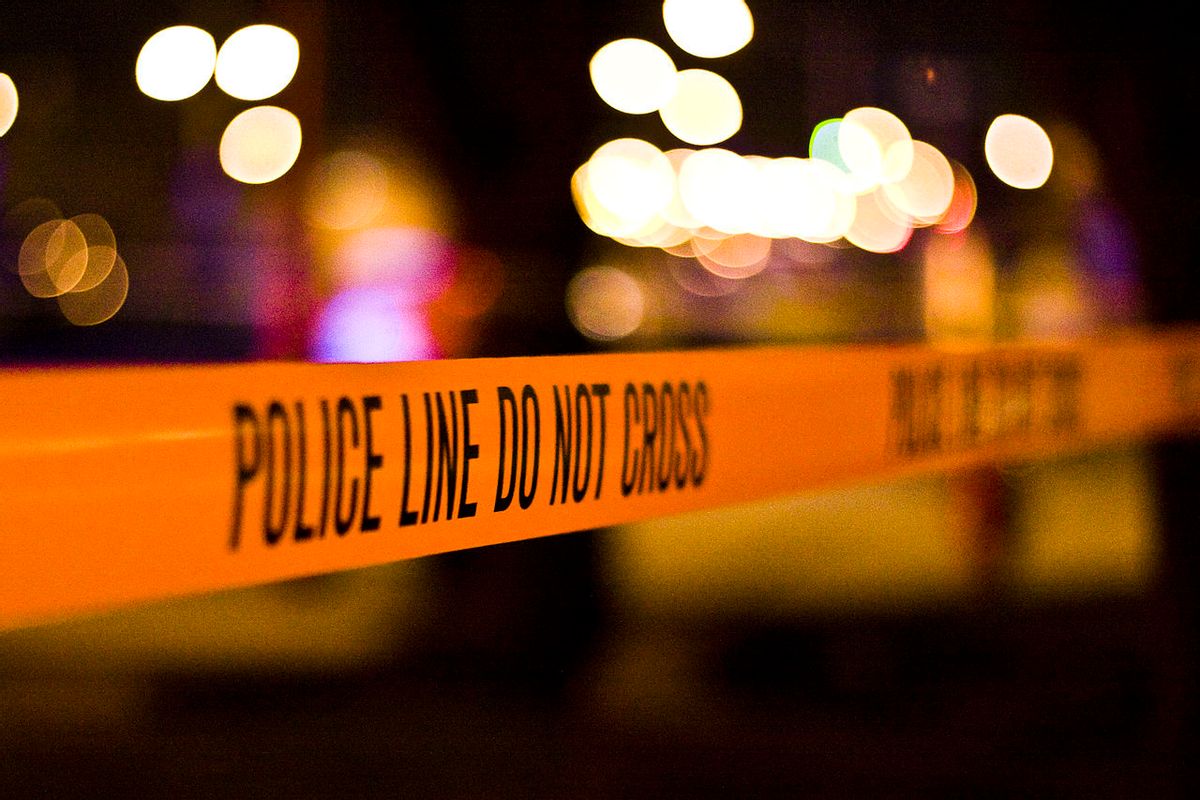 However, the suspect in the killings was not wearing a "Justice for Breonna Taylor" shirt, the owner of this establishment is not a retired police officer, and one of the victims was a Black man.

On the evening of Sept. 18, 2020, three men sitting on the patio outside of Bungalow Joe’s, a restaurant in Louisville, Kentucky, were shot and killed.

As police worked to apprehend and charge the murder suspect, a 33-year-old man named Michael Rhynes Jr., social media users went to work inventing a motive for the killings. A video supposedly showing Rhynes' arrest was posted to TikTok, and was used as "evidence" by those claiming that the murder suspect was wearing a "Justice for Breonna Taylor" shirt during the incident. This false claim was later shared in an article by conspiratorial website The Gateway Pundit, which also falsely claimed that this violent incident took place in a retired police officer's bar.

A black male walked into a Louisville bar owned by a retired police officer and shot three random people at point blank range on Friday night — while wearing a Justice for Breonna Taylor shirt.

The suspect was smiling from ear to ear as he was arrested for the shooting at Bungalow Joe’s Bar and Grill.

The facts are these: Three men — Steven Matthew Head, 24, Toreon Jermaine Hudson, 26, and William Scott Smallwood, 48 — were shot and killed outside of Bungalow Joe's on Sept. 18, 2020. Police officers in Louisville arrested Rhynes shortly afterward, and have charged him with three counts of murder. As of this writing, police have not released a motive for the killing.

Police have, however, disputed some of the attempts on social media to politicize this horrendous incident.

For example, the shooter was not wearing a "Justice for Breonna Taylor" shirt, a reference to the unarmed 26-year-old Black woman who was fatally shot by police officers in her Louisville home in March 2020. According to police, Rhynes was actually wearing a shirt featuring an image of NFL quarterback Colin Kaepernick, boxer Muhammad Ali, and the word "Freedom."

Here's a still from the TikTok video supposedly showing Rhynes' arrest (left), and an image that appears to show the shirt police officers said that he was wearing: The owner of Bungalow Joe's, Joe Bishop, has also disputed some of these rumors. Bishop told the local news outlet Wave 3 that he isn't a retired police officer, that his establishment is a family restaurant, not a bar, and that these killings took place outside — not inside — the restaurant.

Bishop said: "I’m not an ex-cop, the killings were not done in my restaurant they were done out here, outside, I’m a family restaurant, not a bar."

Bishop described the murders as a "completely random act" during a news interview, and said that "there was nothing political about what happened." He added that one of the victims was a Black man.

Bishop has also set up a GoFundMe for the families of the victims that has exceeded its monetary goal.

Rumors on social media attempted to paint the suspect as a Black Lives Matter activist purposefully targeting and killing police officers. However, that rumor does not hold up to scrutiny.

We have no direct evidence that the suspected shooter was a supporter of BLM or active in that movement. More importantly, there's no evidence that these killings were driven by political motivations. This incident did not take place at a retired police officer's bar and we found no mention of the victims being connected to law enforcement.

As of this writing, the owner of the restaurant, as he described in the GoFundMe page, believes that these killings was perpetrated by a "lone, deranged gunman" who "indiscriminately shot and killed 3 customers of a Family Restaurant in Louisville Ky, Bungalow Joes."