Are These Victims Who Were 'Beat Up by a BLM Hate Group'?

Yet another meme sought to denigrate a particular group by using misrepresented photographs. 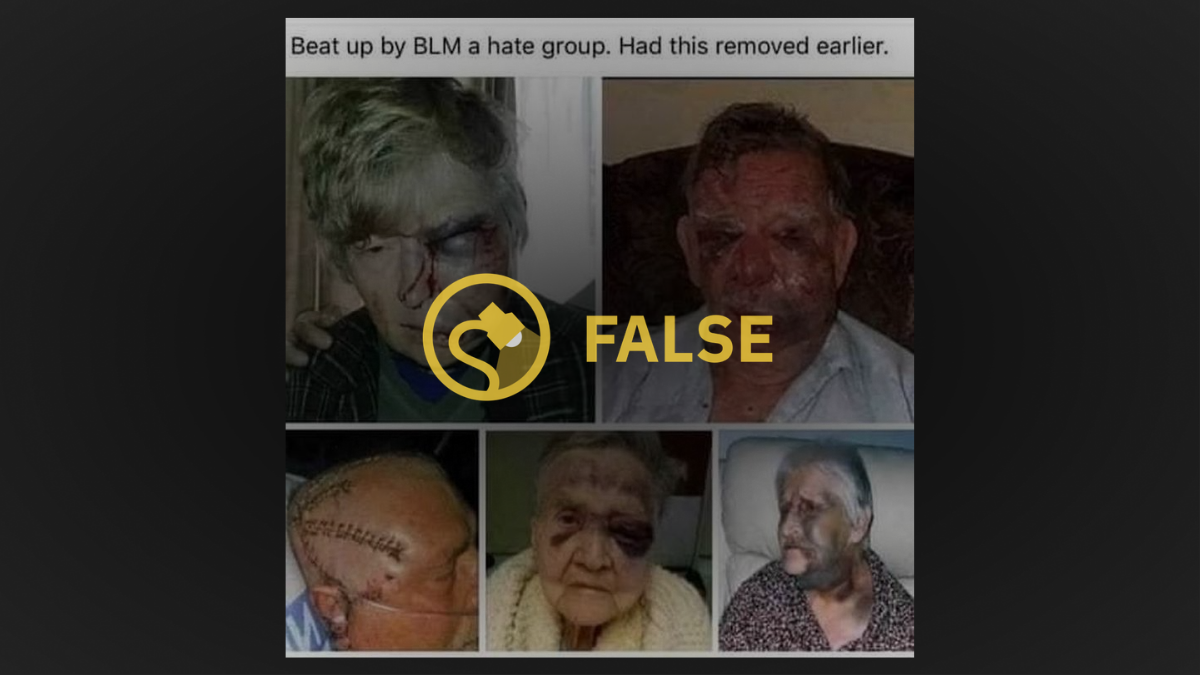 Claim:
A collage of photographs shows people who were severely injured in beatings perpetrated by a "BLM hate group."
Rating:

After the May 2020 police custody death of George Floyd in Minneapolis touched of protests across the U.S. over police brutality and violence towards Blacks, a collage of photographs was circulated via social media purporting to show victims who had been "beat up" by a Black Lives Matter (BLM) "hate group": However, these photographs have nothing to do with the Black Lives Matter movement or any attacks supposedly perpetrated by persons connected with that movement. Rather, they are pictures of victims of violence in South Africa, some of which antedate the founding of the BLM movement, and at least one of which has previously been used out of context and misrepresented in a social media meme.

The woman pictured at the top left of this collage is 75-year-old Anne Ells, who was beaten and robbed in her home in Universitas, a suburb of the city of Bloemfontein in South Africa, in 2014.

The woman pictured at the bottom right of this collage is 75-year-old Renske Cowan, who "suffered a broken nose, extensive bruising to her face and an injured throat when an armed attacker assaulted her after breaking into her daughter’s humble dwelling in Primrose, Germiston," South Africa.

The identity of the man pictured at the top right of this collage is unknown to us, but his photograph has been posted multiple places online as depicting a victim of South African farm attacks:

We don't yet know the provenance of the other two photographs, but they appear to be of similar ilk, part of a collection of pictures depicting violent attacks in South Africa that someone repurposed as allegedly documenting beatings by a "Black Lives Matter hate group." We have not found any instance of any of these photographs being identified elsewhere (i.e., outside of this particular meme) as depicting attacks connected with BLM or taking place in the U.S.

The photograph of Ells had previously been misrepresented in a similar meme that asserted she was a Swedish woman who had been raped by "immigrants from the third world" (i.e., Muslims):