A recent study found that in most cases of officer-involved killings, the race of the police officer was not known. 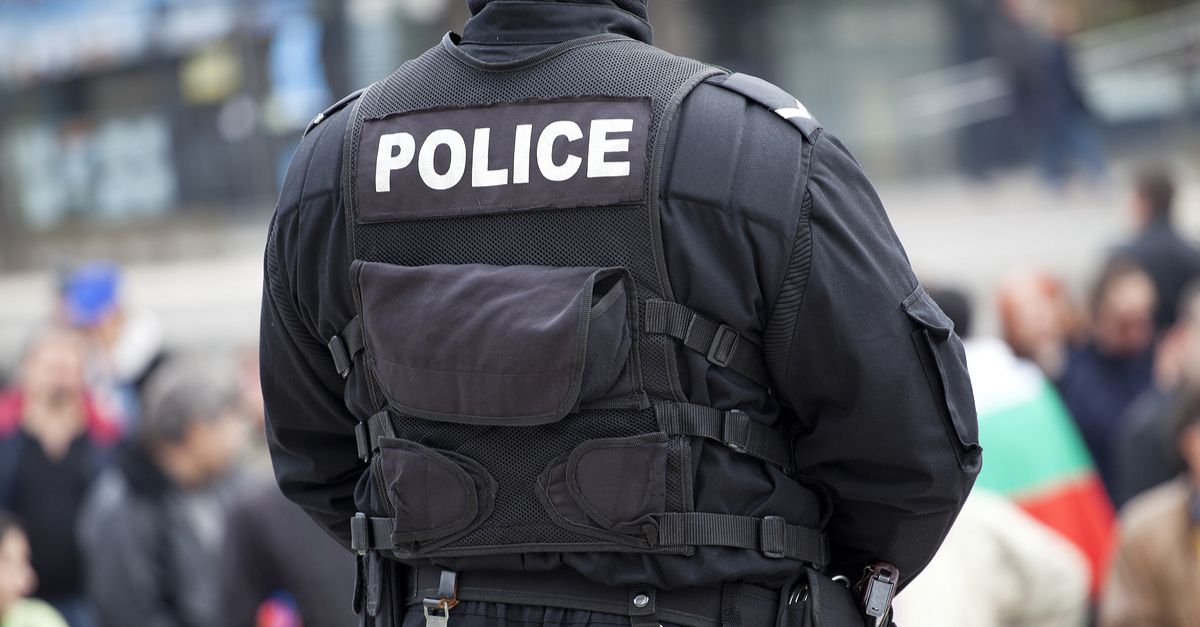 On 20 September 2016, researchers at the Crime Prevention Research Center released a study in which they addressed the following question: Do white police officers disproportionately target black people? The study noted that very limited data is available about the race of officers who are involved in custody deaths. While one data set in which the race is known seemed to show black police officers are more likely to kill black people across the board, the study's authors noted a number of factors could skew that result. Most important, in the vast majority of cases, the race of the officer who caused the death was not known.

The most salacious aspect of the study was predictably pulled out and turned into inflammatory headlines, such as this one from the blog Western Journalism: "This Blows The Lid Off MASSIVE Black Lives Matter Lie — They Didn’t See This Truth Train Coming." But as experts on the issue note, a consistent impediment to drawing conclusions about the issue of police shootings continues to be a data void. This problem was noted in the following study:

We have data on a total of 2,699 fatal police killings for the years 2013 to 2015. This is 1,333 more killings by police than is provided by the FBI data on justifiable police homicides. When either the violent crime rate or the demographics of a city are accounted for, we find that white police officers are not significantly more likely to kill a black suspect. For the estimates where we know the race of the officer who killed the suspect, the ratio of the rate that blacks are killed by black versus white officers is large — ranging from 3 to 5 times larger. However, because the media may under report the officer’s race when black officers are involved, other results that account for the fact that a disproportionate number of the unknown race officers may be more reliable.

One of the authors, John Lott Jr., said that researchers collected data on the officers' race through media reports, by matching available names with police department photographs or through Freedom of Information Act requests. Lott told us that "The bottom line, at the very least is, white officers aren’t shooting black suspects at a higher rate than other officers are."

The federal government tracks police killings, but the available databases kept by the FBI and Centers for Disease Control and Prevention are currently woefully inaccurate. Lott's study, for instance, found 1,333 more police killings from 2013 to 2015 than the FBI's database accounts for.

The most reliable data that is currently available is being compiled and made public by journalists, for example a Washington Post database of police shootings, and Fatal Encounters, a database by Nevada-based journalist D. Brian Burghart that tracks all in-custody deaths. While these databases go further than any government database currently does, they do not note the race of officers involved, and sometimes can't account for factors such as whether the person killed was mentally ill.

The authors of the Lott study note that in the 2,699 deadly forces incidents they found from 2013 to 2015, the ethnicity of the officer who pulled the trigger was not known in 67 percent of the instances:

The number of observations and means are shown in Tables 3 and 4. Table 3 shows that 25 percent of the suspects killed were black, 45 percent white, and 16 percent Hispanic. The remaining 14 percent were Asian, American Indian, or other. With respect to the officer’s race, 29% were  white, 2% black (41 cases), 2% Hispanic (63 cases), and for 67% their race is unknown. Four percent of the officers were female (65 cases).

Nick Selby, author of the 2016 book In Context: Understanding Police Killings of Unarmed Civilians, does not believe there is sufficient data to conclude that black police officers are more likely to kill black citizens, but he agrees with Lott's finding that white police officers aren't more likely to kill black suspects than their colleagues of color.

Part of the problem, he said, is that in the absence of reliable government data, researchers often rely on media reports, but those reports are more likely to mention the ethnicity of an officer who kills if the officer is white and the decedent is black.

The uneven reporting since Michael Brown has been that there is more intensive, more extensive reporting to the extent that we found the media was more than three times more likely to mention the race of the officer who pulled the trigger if the decedent was black, versus white or Hispanic. If the cop is white and the decedent was white, no one writes about it.

(Michael Brown was an unarmed 18-year-old black man who was shot and killed by a white police officer in Ferguson, Missouri, in August 2014. His death, and the gruesome optics of his body lying uncovered in the street, resulted in weeks of civil unrest and galvanized the Black Lives Matter movement.)

Selby added that his research doesn't show police target people based on race:

First, in initial contacts of those unarmed civilians who ultimately died after a confrontation with police in 2015, [like Lott and Moody] we found that police did not selectively target by race.

Second, based on the data we collected, it is not possible to determine whether, once contact is made, police treated black or Hispanic people differently from white people. The distinction is nuanced, and it is critical as America considers ways to consider whether there is unfair policing and biased behavior by officers.

What we found in our study was that of people stopped by police in encounters that ultimately resulted in the death of an unarmed person in 2015, the ratio of blacks to whites to Hispanics was statistically the same whether police initiated the encounter or whether the encounter was initiated by a member of the community. From this we conclude that the police are not targeting for any special attention minorities.

Illustrating the controversial nature of the topic, an investigation by USA Today seemed to reveal something different. A review of 5,300 fatal police pursuits since 1999 showed that black people were more likely to be killed, both as bystanders and as suspects. Findings include:

While a Michigan state police spokeswoman said the decision to flee from an officer lies on the driver, USA Today cites courts and other law enforcement agencies that lay some of the blame on the officer for making the decision to chase, even though it escalates the risk of casualties:

And critics fear police are more willing to take that risk in black neighborhoods.

The racial aspect of police shootings has become a political flashpoint, and for the first time in history emerged in 2016 as a talking point in a presidential race. National statistics show that black people are statistically three times more likely to die at the hands of police officers than white people are.

While the ethnicity of police officers who kill civilians may be an important factor in determining systemic issues, due to the lack of data identifying the race of police officers implicated in custody deaths, we do not find that evidence currently available definitively supports the claim that black police officers are more likely to kill black civilians.

Lichtblau, Eric. "Justice Department to Track Use of Force by Police Across U.S."   The New York Times. 13 October 2016.