Chicago police said they are investigating an battery caught on video that stemmed from a traffic-related altercation — not from discussing politics. 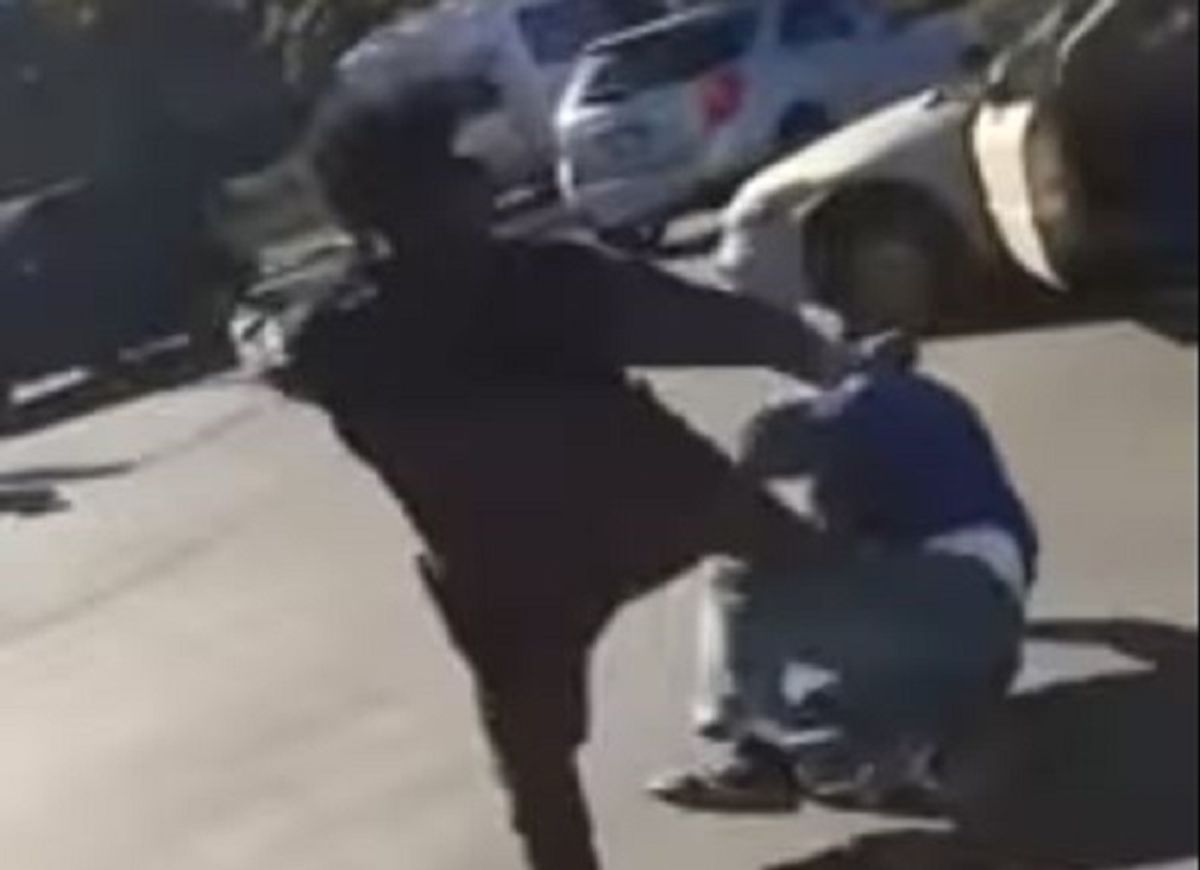 Claim:
A white man was beaten by a group of black people for voting Trump.
Rating:

Chicago police are investigating a battery incident involving a 50-year-old white male victim who was attacked by five black males and females.

Police say the incident stemmed from a traffic altercation, not politics.

The roughly 30-second YouTube video showed an older white man in a blue sweatshirt getting pushed to the ground and kicked by the younger people, while several people can be heard off-camera accusing him of voting for Donald Trump. A longer version of the video posted to Twitter is accompanied by the song "Fuck Donald Trump," and shows the man clinging to his car and being dragged as someone drives away in it. Both the YouTube video and Twitter post have since been deleted.

Chicago police told us that officers responded to a battery call on 9 November 2016 in which the 50-year-old victim reported being battered in a traffic-related altercation involving three unidentified males and two females, one of whom drove away in the man's car. A spokeswoman told us:

The man was transported to a nearby hospital in good condition, she said.

The victim, David Wilcox, 49, spoke to the Chicago Tribune in an interview published 11 November 2016. He told the paper he did vote for Trump, but no one in the crowd could have known that. He said the crowd was egging on the beating with taunts, but the incident did start with a car accident:

A man shown in a viral video getting punched and kicked as a crowd yells, "Don't vote Trump" acknowledges he supports Donald Trump but said Thursday that's not what started the beating on the West Side the day after the presidential election.

David Wilcox, 49, said he was about to turn left from Kedzie Avenue to Roosevelt Road around 1 p.m. when a black sedan pulled up and scraped the right side of his Pontiac Bonneville.

Wilcox said he did vote for Trump, but no one in the crowd would have known that. He said the taunts appeared to come from people watching the beating, including one person at the bus stop who he heard say, "Yeah, it's one of them white boy Trump guys."

The clip has since been shared by white supremacist publication The Daily Stormer with the following text:

We are bringing back law and order to this country.

The age of the rabid monkey is closing.

Let them take to the streets for their last big hurrah.

Because in a couple of short months, America becomes Trumpland.

And in Trumpland, criminals are punished with swift brutality. And cops are immune from prosecution.

While it's clear Wilcox was assaulted, it seems from initial police reports and his own statements that the assault stemmed from a traffic incident. Bystanders are heard taunting him for voting for Trump, but that's not what the impetus for the beating was.

It's also not clear, as some publications are claiming, that the battery suspects in the video were supporters of Trump's Democratic opponent, Hillary Clinton. One woman can be heard off camera asking, "Are you gonna pay for my shit?" which seems to align with the police statement that the fight stemmed from a traffic accident resulting in property damage.

Further, the racial undertones of some of the posts surrounding the video raises the possibility that the incident is being exploited in order to further inflame tensions on the heels of a charged and contentious election.

On 22 November 2016, the Chicago Police Department notified us that they were unable to release a copy of the police report because doing so could jeopardize their ongoing investigation into the incident, and because some of those involved are juveniles.

On 18 November 2016, the Chicago Tribune reported that three adults and one teenager were charged with one count each of felony vehicular hijacking.