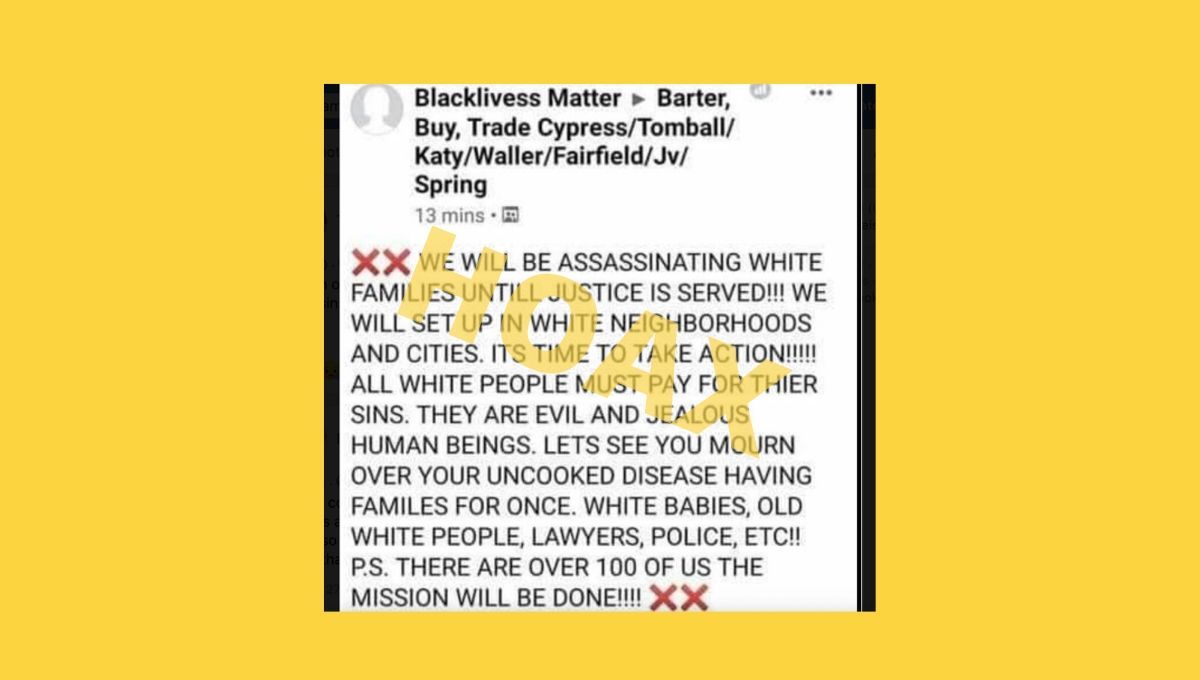 In late May 2020, social media users shared images of a block of text that many were led to believe was a threat issued by Black Lives Matter activists: Images of the post circulated amid ongoing U.S. and international protests over the death of George Floyd. He was an unarmed African American whose in-custody death sparked widespread outrage after video surfaced of former Minneapolis police officer Derek Chauvin kneeling on Floyd's neck until he lost consciousness.

The post is clearly a hoax. The account name that appears in the text — "Blacklivess Matter" — is a misspelled version of "Black Lives Matter," but there is no Black Lives Matter logo in the profile picture, and the real activist organization does not group the words as seen in the image. Furthermore, Black Lives Matter is a civil rights activist organization, not a criminal enterprise set out to commit premeditated murder. We reached out to Facebook, and a spokesperson for Facebook confirmed that the account that posted the threat was removed for being fake.

No evidence exists that the post is anything other than a hoax perpetrated to increase fear and confusion during a tumultuous national event. Because it was not posted by a legitimate Black Lives Matter account, was removed by Facebook for being fake, and appears to be nothing but inflammatory spam meant to cause fear and panic, we rate this claim "False."

The Editorial Board. "America’s Protests Won’t Stop Until Police Brutality Does."   The New York Times. 1 June 2020.