Reports that protesters had blocked emergency crews from reaching people stranded by Hurricane Harvey are — like earlier stories from which they were recycled — completely false. 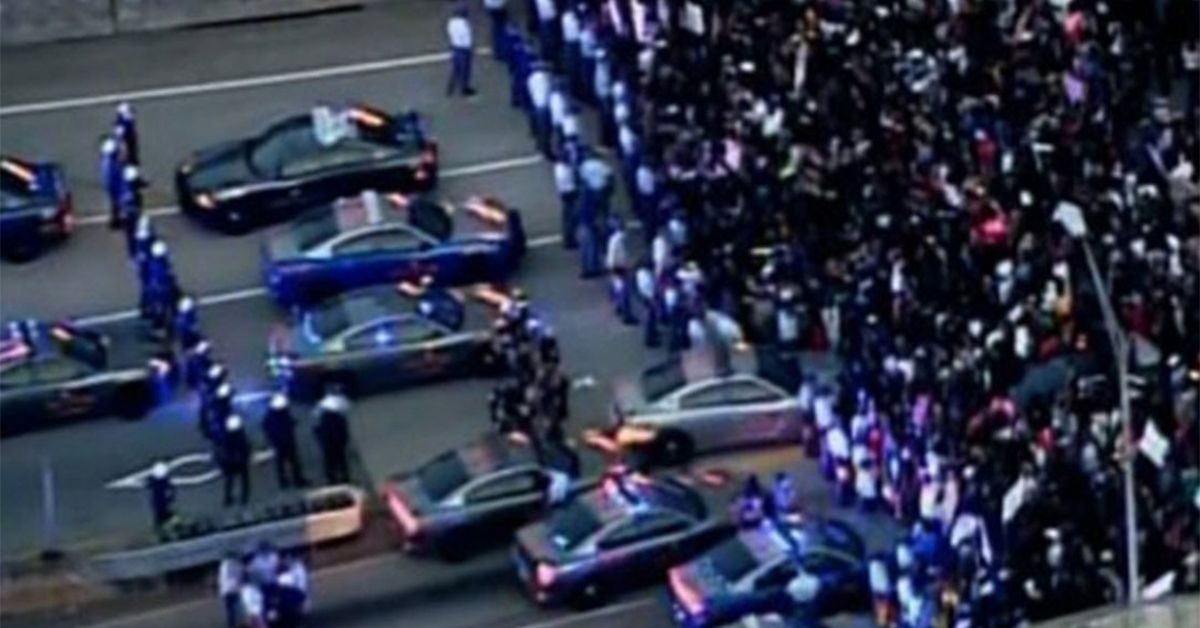 As emergency crews rushed to the aid of those stranded in Houston due to the flood waters brought by Hurricane Harvey in August 2017, the web site Our Land of the Free published a fake news article claiming that Black Lives Matter "thugs" had blocked ambulances and fire trucks from entering the city: This is just sick! Emergency crews are working hard to make sure that they can be there to rescue Hurricane Harvey victims, but lefist punks from the Black Lives Matter clique don’t think people deserve to be saved.

While blacks whined about having to spend a few minutes on rooftops as George W. Bush worked hard to keep people safe after Hurricane Katrina hit, they are now so “woke” that their need to have people hear them scream that some thug who punched a cop got hurt (insert any one you can think of here) has dwarfed their desire to seed people safe from the Hurricane.

Police are currently engaged in a standoff with the “protesters,” who decided to block traffic because Donald Trump is a “racist” according to chants from the unruly mob.

Already, fire trucks and ambulances are forced to turn around and find another route after the Black Lives Crew decided to flip one of them on its side. Two paramedics were injured in the attack.

This story was reproduced by a number of other outlets and presented it as if it was a genuine news story. Our Land of the Free, however, is not a reputable source of news. The web site carries two disclaimers informing readers that it does not publish factual content:

We believe in the right to be free. No matter what, the freedom to do what we want, say what we want and publish what we want comes first. Therefore we make no guarantee that what you read here is true. In fact, it most definitely is not. Our Land Of The Free is here to entertain you with the kind of whimsical satire conservatives enjoy.

Ourlandofthefree.com makes no guarantee that anything you find here will be based at all in reality. All posts should be considered satirical and all images photoshopped to look like something they’re not. It’s not you, it’s me.

The image used by "Our Land of the Free" to illustrate this story does show Black Lives Matter protesters on a highway. However, this image was taken from a July 2016 CNN video, which shows a group of people protesting police shootings in Atlanta (during which time no emergency crews were blocked).

This is a recycled version of a story that has cropped up on a regular basis since at least 2015, generally implicating Black Lives Matter or anti-Trump protesters in the death of an innocent person. None of these stories have ever been proven to be true.

We've encountered no reports of Black Lives Matter protesters interfering with the rescue efforts related to Hurricane Harvey, let alone flipping an ambulance on its side. This rumor originated from a fake news web site, and it featured a still shot from an unrelated video.

Having a group of protesters block major roads or freeway in Houston in the days after Harvey made landfall would be quite a feat at any rate, considering that most of its main thoroughfares and freeways were already underwater.