Spooky tale of mysterious black-eyed children who show up at the homes of unsuspecting residents. 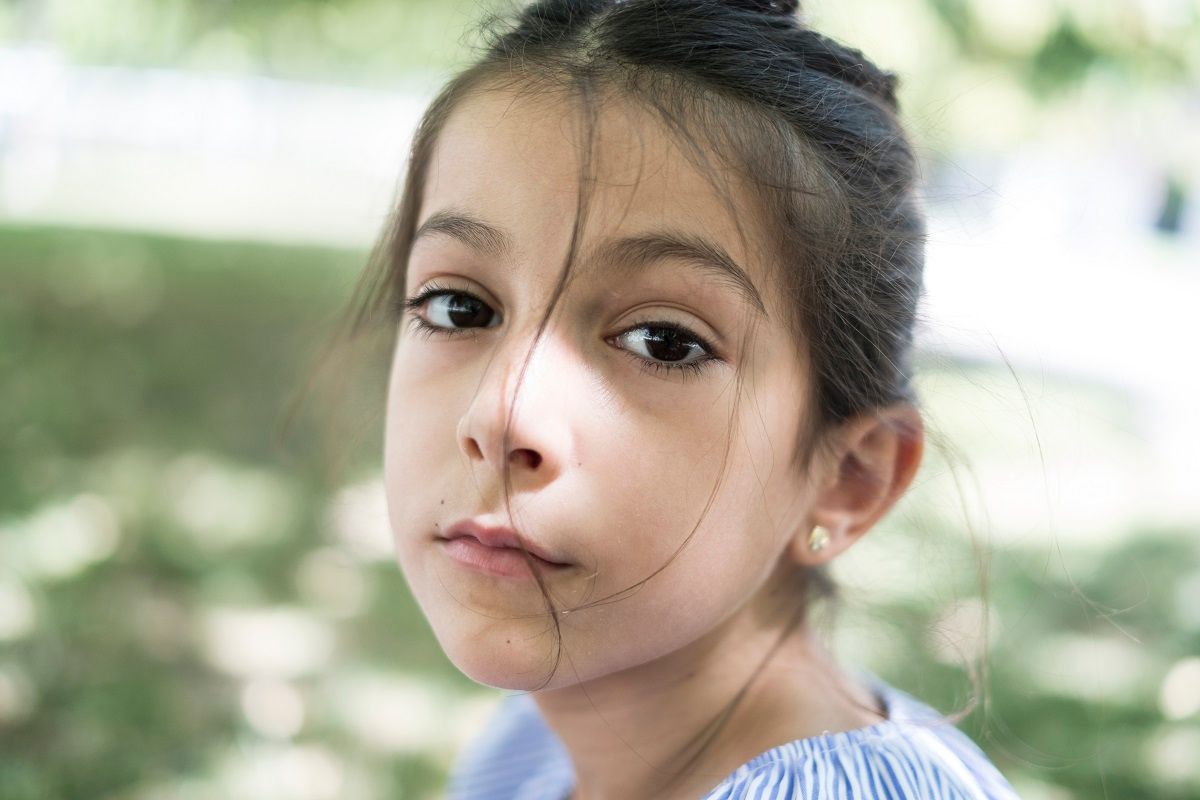 Claim:
Mysterious black-eyed children show up at the homes of unsuspecting residents.
Rating:

"Black-eyed children" are mysterious creatures who supposedly resemble kids between the ages of about 6 and 16 — creatures who appear only in the night, when they show up at the doors of unsuspecting residents and ask, in breathless and monotone voices, to use the bathroom, make a phone call, get a ride home, or grab something to eat.

Rumors on the Internet of Black Eyed Children showing up at people's houses asking to use their bathrooms.

We saw a video on MSN about "Spooky Black Eyed Children" Said they were discovered in the late 1990s. Is this true?

Theories about "black-eyed children" variously claim them to be vampires, extra-terrestrials, inter-dimensional beings, or some form of demon:

In most reports, a small group of kids with all-black eyes approaches an adult who's alone in a car or a house. The kids, usually two boys between the ages of 10 and 13, ask for a ride home or to be let in to the house to use the bathroom or telephone. The adult feels a sense of overwhelming fear before realizing that there's something drastically wrong with the children's eyes.

The putative origin of the black-eyed kids legend is a 1998 ghost-related mailing list post by Brian Bethel in which he related an encounter with "those darned black-eyed kids" outside a movie theater in Abilene, Texas, then averred that someone else (with whom he had not previously discussed the subject) had reported a similar encounter in Portland, Oregon.

Black-eyed children fever hit the Internet in February 2013, when a two-minute video episode of "Weekly Strange" featuring a look at these strange, putative beings was posted to the entertainment section of the MSN web site.

But as The Inquisitr noted, that video and other sources of information about black-eyed children were far from convincing:

[The] brief video looks like an amateur hour version of Unsolved Mysteries, which details the phenomenon and name drops a handful of conspiracy/cryptology websites.

Google "black eyed children" and you're not much better off. The first handful of results belong to The Examiner and Mysterious Universe, and none of them exactly take what we'd call a fully skeptical view of the subject. Further down, there's a laughably bad Journal of the Bizarre post that claims to "debunk" the black eyed children phenomenon with pseudo-biological and pragmatic arguments that sometimes seem about as far-fetched as there being black eyed children in the first place.

My conclusion? File black eyed children under the same heading as "bigfoot." Believe it if you like, but realize that there is no evidence of their existence, just subjective testimony that ranges from reasonable to suspiciously fame-whoring. The real mystery, in my opinion, is why this topic made MSN's front page where it started to trend, fooling people into thinking that it's real news.

Not surprisingly, the appearance of the black-eyed children video on MSN coincided with the release of Black Eyed Kids, an urban legend-based horror film:

Vancouver director Nick Hagen's horror series "Haunted Sunshine Girl" continues to be a hit on YouTube, with more than 10 million video views and 20,000 subscribers. The movie "Black Eyed Kids," a spinoff of that series, has been in the works for about a year.

It takes the characters from "Sunshine" on an adventure, as they investigate the origins of the occult legend of the black-eyed kids.

The story in the film is fictional, but reports of black-eyed kids sightings, especially in and around Portland, are very real, Hagen said.

"Black-eyed kids is an urban legend that's been floating around on the Internet for years now," Hagen said. "I always thought it was fascinating."

It's been a fun legend to play with, said Mercedes Rose, who co-produced the film with Hagen.

"We're the first (film group) to do anything with this black-eyed kids legend," said Rose, who also acts in the production. "We're super-excited for people to see it. It's so creepy."

In the film, Sunshine, played by a teen actress who asked that her name be withheld to protect from online stalkers, has a friend contact her after somebody he knows vanishes.

Suspecting that the black-eyed kids myth has something to do with it, Sunshine and others go to Portland to look for video proof.

"They find (a black-eyed kid), but they discover something a lot more evil than they imagined," Hagen said. "And they try to get out alive."