The biblical narrative of Jesus' birth gives no date for the event, though it more likely occurred in spring than in winter. 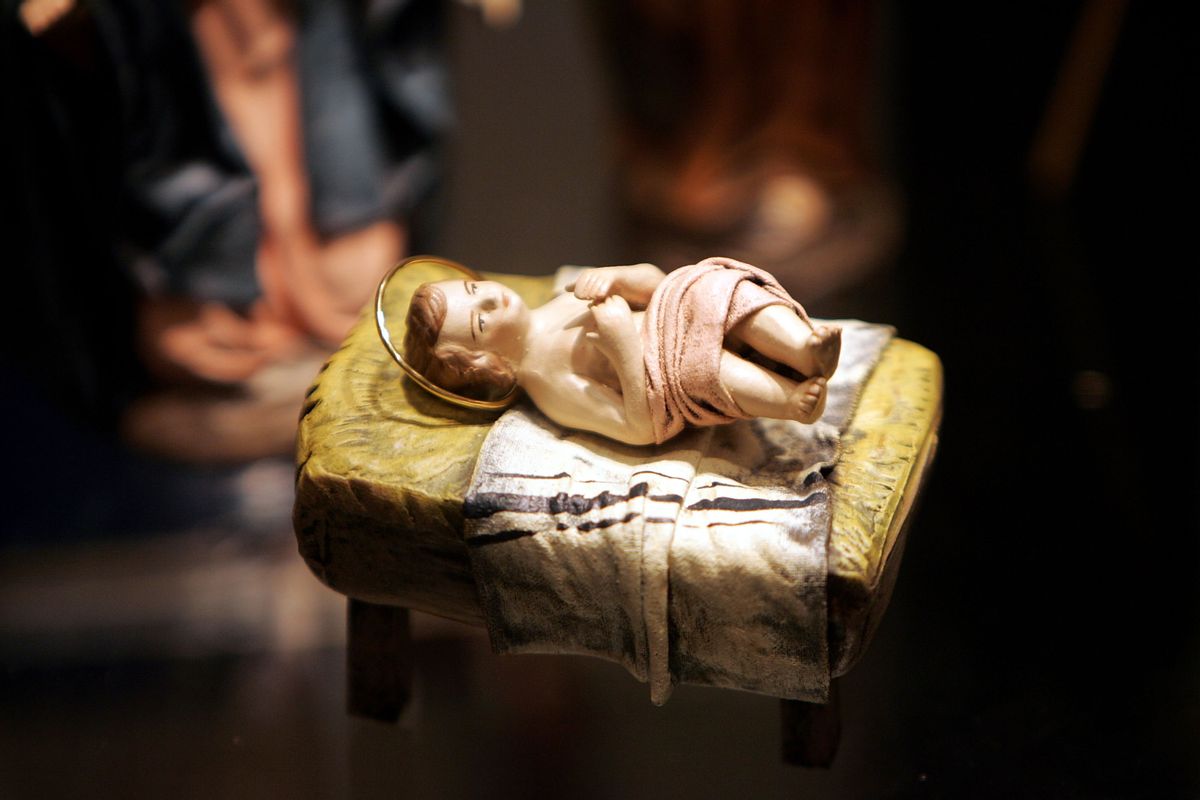 Claim:
The day celebrated as Christmas (December 25) is the actual birthday of Jesus.
Rating:

The biblical narrative of Jesus' birth gives no date for the event, though it more likely occurred in spring than in winter. Saint Luke tells us that shepherds were "abiding in the field, keeping watch over their flocks by night" — shepherds guarded their flocks day and night only at lambing time, in the spring; in winter, the animals were kept in corrals, unwatched.

It is important to note that for two centuries after Christ's birth, no one knew, and few people cared, exactly when he was born. Birthdays were unimportant; death days counted. Besides, Christ was divine and his natural birth was deliberately played down. In fact, the Church even announced at one point that it was sinful to contemplate observing Christ's birthday "as though He were a King Pharoah."

The idea of celebrating the Nativity on December 25 was first suggested early in the fourth century CE, a clever move on the part of Church fathers who wished to eclipse the December 25 festivities of a rival pagan religion, Mithraism, which threatened the existence of Christianity.

On December 25 (the date of the winter solstice) pagan Romans, still in the majority, celebrated Natalis Solis Invincti, "Birthday of the Invincible Sun God," Mithras. The Mithras cult originated in Persia and rooted itself in the Roman world in the first century BCE, but by the early 300s CE the rising religion of Christianity was posing a formidable challenge to the sun worshipers, especially after the Edict of Milan issued by the Roman emperor Constantine I in 313 CE allowed Christians to practice their faith in the Roman Empire.

In those tenuous early days of Christianity, however, Church fathers debated strategies for supplanting the Mithras cult with their own religion. Since it was well known that Roman patricians and plebians alike enjoyed festivals of a protracted nature, Christians recognized that they needed an alternative to the December celebration of Natalis Solis Invincti. They needed a celebration in which all participants — Mithraists, Christians, and those in between — could take part with pride. Accordingly, the Church officially recognized Christ's birth, and to offer head-on competition to the sun worshipers' popular feast, the Church located the Nativity on December 25. The mode of observance would be characteristically prayerful: a Mass. In fact, Christs' Mass. As one theologian wrote around 320 CE:

We hold this day holy, not like the pagans because of the birth of the sun, but because of him who made it.

Although centuries later, social scientists would write of the psychological power of group celebrations — the unification of ranks, the solidification of collective identity, the reinforcement of common objectives — the principle had long been intuitively obvious. Christianity took permanent hold in the Western world in 337 CE when Constantine I was baptized on his deathbed, uniting for the first time the Crown and the Church.