A misleading February 2016 article was randomly republished in May 2016 to suggest Bill O'Reilly "lost" custody of his children due to incidents of domestic violence. 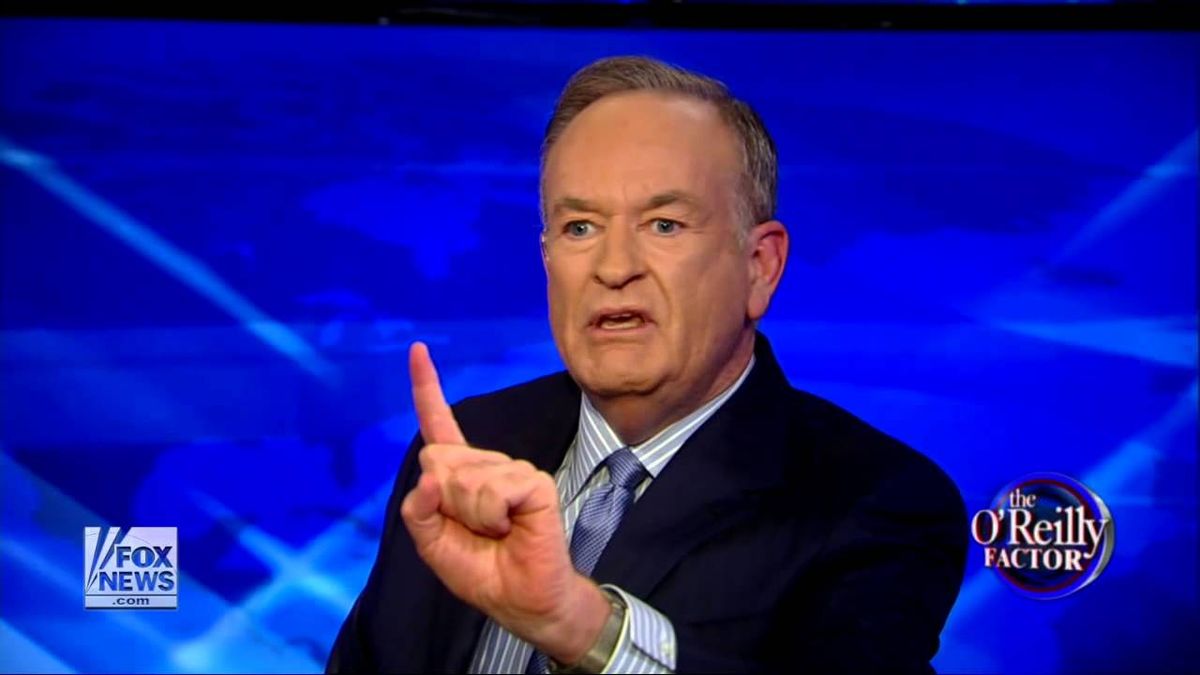 Claim:
Bill O'Reilly was denied custody of his children because he physically attacked their mother.
Rating:

In February 2016, a New York State appellate court decided that a standing custody arrangement between Fox News personality Bill O'Reilly and his wife be upheld and remain unaltered.

Published court documents didn't suggest O'Reilly "lost custody" of his children due to domestic violence or for any other salacious reason; O'Reilly's "young daughter" was 17 at the time of the ruling; O'Reilly was not originally awarded sole or primary custody of his children and thus was unable to "lose" it.

Whether altercations between O'Reilly and his former wife factored into the court's decision, an assertion not supported by available court documents.

On 10 May 2016, the Facebook page "Occupy Democrats" published a post claiming that Fox News personality Bill O'Reilly lost custody of his two children because he abused his ex-wife: Clicking through the link led to an article from Occupy Democrats, this one in February 2016:

Notorious FOX pundit Bill O’Reilly has been denied custody of his children by a New York appeals court after they were convinced that he was unfit to care for them after a vicious domestic violence incident. His kids, a 12-year-old boy and 17-year-old girl, will stay with his ex-wife Maureen McPhilmy. The court ruling announced that:

“Viewing the totality of the circumstances, there is a sound and substantial basis for the Supreme Court’s determination that it is in the best interests of the children for the mother to be awarded primary residential custody. Particularly relevant in this case are the clearly stated preferences of the children, especially considering their age and maturity, and the quality of the home environment provided by the mother.”

The right-wing propagandist and shameless liar initially lost custody of his kids following O’Reilly’s horrific attack on his ex-wife; his daughter told a court psychologist that he “was choking her mom or had his hands around her neck and dragged her down some stairs.”

The article did not back the headline's assertions: it stated first that O'Reilly specifically lost custody of the children because he was deemed "unfit to care for them" following a "vicious domestic violence incident." But the portion of a court document quoted simply said that it was in the best interest of the children to remain in their mother's care.

Occupy Democrats cited Raw Story, which in turn cited Gawker, which reported that O'Reilly had "lost custody" of his children in February 2016, but that article, again, did not suggest that O'Reilly was denied custodial care of the children due to violent behavior:

The lengthy decision affirms the holding of a Nassau County Supreme Court justice last year that the children, now aged 13 and 17, should live full-time with their mother (the former couple had been splitting residential custody). As we reported at the time, O’Reilly appealed that ruling, thereby delaying its enforcement (and, of course, extending his multi-front battle against McPhilmy and her new family).

The Appellate Division issued its 1,400-word opinion on February 24, a little over a month after attorneys for O’Reilly and McPhilmy—known in court documents as Anonymous 2011-1 and Anonymous 2011-2—presented oral arguments at the division’s courthouse in Brooklyn Heights. According to the opinion, the court’s four justices unanimously ruled in McPhilmy’s favor based upon “the clearly stated preferences of the children”[.]

The February 2016 court documents from to the hearing can be read in full here.  They make little mention of contention between O'Reilly and his ex-wife (aside from a brief description of ongoing acrimony, not violence):

Here, viewing the totality of the circumstances, there is a sound and substantial basis for the Supreme Court's determination that it is in the best interests of the children for the mother to be awarded primary residential custody. Particularly relevant in this case are the clearly stated preferences of the children, especially considering their age and maturity, and the quality of the home environment provided by the mother (see Matter of Manfredo v Manfredo, 53 AD3d 498, 500 [2008]; Matter of O'Connor v Dyer, 18 AD3d 757 [2005]).

Moreover, under the circumstances of this case, the Supreme Court did not err in denying the father's motion for an award of sole decision-making authority with respect to the children, and continuing instead the existing provisions of the judgment of divorce, which call for joint legal custody and joint decision-making authority. While ordinarily it is not appropriate to award joint legal custody and decision-making authority where the parties are antagonistic toward one another (see Irizarry v Irizarry, 115 AD3d 913 [2014]), in this case, the record supports the court's finding that, despite their antagonism, the parties have been able to agree on most decisions concerning the children (see Matter of Thorpe v Homoet, 116 AD3d 962, 963 [2014]). Moreover, the record supports the court's finding that if either parent were awarded sole decision-making authority, there would be a danger that it would be used to exclude the other parent from meaningful participation [*3]in the children's lives. In addition, the court appointed a parenting coordinator, who can assist the parents in resolving any disputes they may have concerning decisions about the children.

It is possible that arguments or physical altercations between Bill O'Reilly and his ex-wife were a factor in the court's 2016 decision to uphold the family's custody arrangements, but if that were the case, the ruling on which news reports did not indicate such a circumstance. The appellate court's opinion read as a standard custody arrangement, and the sole factor emphasized in it was the preference (not safety) of the children.

Occupy Democrats' May 2016 rehash of the February 2016 news insinuated that custody hinged on allegations made by his "young daughter." However, that "young daughter" was described as 17 years old as of February 2016 court documents, and no reference was made to any "damning" accusations levied by her.

It is true O'Reilly was accused by Gawker in May 2015 of abusing his ex-wife verbally and physically, but — despite reporting to the contrary — those accusations weren't referenced or hinted at in the February 2016 appellate court's decision to uphold a custody arrangement involving his children.