Did Bill Nye Say Gender is Determined 'by Your Chromosomes?'

An image purportedly shows a still from an old episode of "Bill Nye the Science Guy" about gender being "determined by your chromosomes." 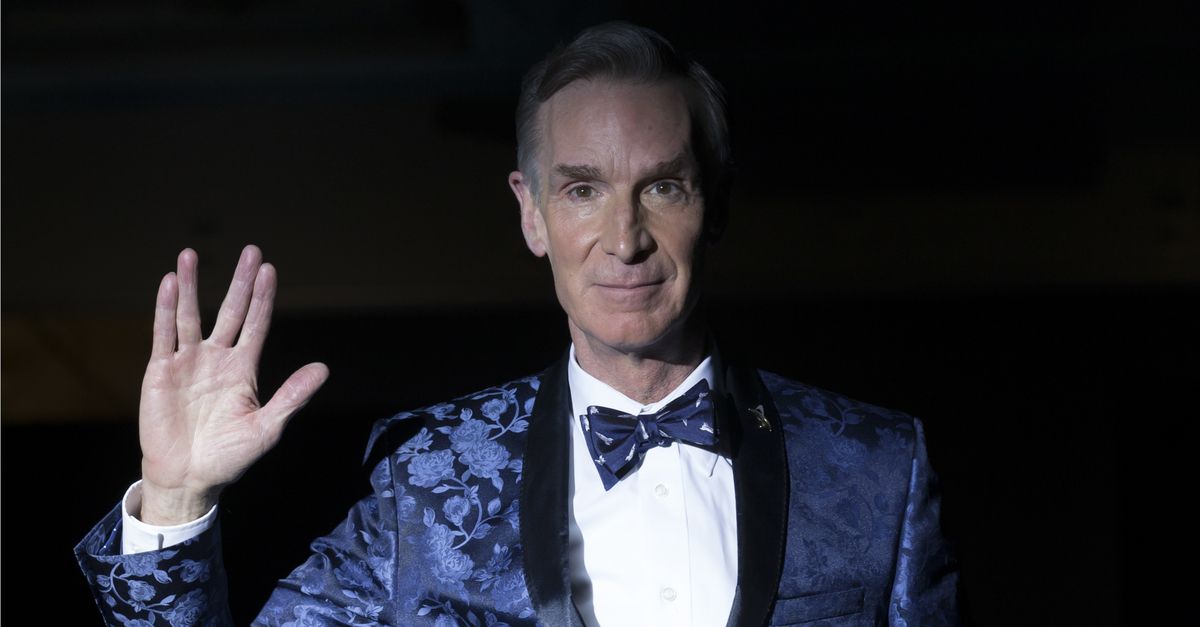 Claim:
Bill Nye said that gender is determined "by your chromosomes" during an episode of "Bill Nye the Science Guy."
Rating:

In April 2017, as a debate over the role of science in the United States continued in the wake of the international March for Science, an image appeared purportedly showing a still from an old episode of Bill Nye the Science Guy along with a caption stating "Gender is determined by your chromosomes": This meme gained popularity shortly after the debut of Nye's new show, Bill Nye Saves the World, which featured an episode entitled "The Sexual Spectrum."

Here's how Nye opened the episode in question — not by saying that "gender is determined by your chromosomes," but by discussing that the genetic basis of sex determination through chromosomes is more complicated than usually presented:

But using science, we know that sex and every aspect of human sexuality, well, it's a little complicated ...

The world is wonderfully diverse. As scientists we use the scientific method to try and understand that diversity. That is what is happening with the study of human sex and sexuality. Right now, biologists, sociologists, anthropologists, they all are trying to figure this out. And they are finding out that human sexuality is on a spectrum. However, this meme did not accurately depict a genuine quote from Bill Nye. It was a screenshot pulled from a fifth-season episode of Bill Nye the Science Guy, entitled "Genes." The clip, which can be glimpsed starting at the 9:05 mark of the following video, shows Nye explaining how humans generally have 23 pairs of chromosomes:

Our genes are stored in parts of our cells called chromosomes. They look like this. Chromosomes contain all of the genetic information, all of the instructions you need to make a person. Now humans have 23 pairs of chromosomes for a total of 46.

Shortly after this meme went viral and was subsequently debunked, Nye's detractors latched onto a 20-year-old clip from Bill Nye the Science Guy which featured actress Amy Broder saying that there were "only two possibilities" when it comes to gender: "You're either X and X. Girl. Or X and Y. Boy. The chance of becoming either a boy or a girl is always 1 in 2."

This clip came from "Probabilities," an episode from the show’s fourth season. The scene can be glimpsed at the 7:43 mark of the following video:

So what changed? Did Bill Nye alter his scientific conclusions to appease a liberal audience? Was he paid off to say that gender was a spectrum as some have alleged?

Nye may have provided some insight into this quandary in 2017 during "The Sexual Spectrum" episode of Bill Nye Saves the World. Before bringing out the "Abacus of Sex," a tool used by Nye to describe four aspects of sexuality, sex, gender, expression, and attraction, Nye said that his understanding of sexuality, as well as the world's, was still evolving:

"If you're like me, and I know I am, you're still learning about this field of science. We used to think that there were just two settings. Male and female. But it's actually a lot sexier than that."

Nye expressed a similar sentiment toward the end of the episode:

'Take sex. We used to think it was pretty straightforward. X and a Y chromosome for males. Two Xs for females. But we see more combinations than that in real life ...

We have to listen to the science. And the science says that we're all on a spectrum."

Learning about science is a process. Although a character on Bill Nye the Science Guy may have said that there were "only two possibilities" when it comes to gender, that episode first aired more than 20 years ago in 1996. Nye's understanding of sex and gender, as well as the world's, has grown since then.

This clip was subjected to yet another rumor in May 2017, when outlets such as the Daily Wire published articles claiming that the Internet streaming giant had edited an old episode of Bill Nye the Science Guy to omit a segment about gender. A spokesperson for Netflix told us in an e-mail that "Netflix did not edit Bill Nye the Science Guy. It was delivered to us that way by Buena Vista TV."

Updated 11 May 2017: Added statement from Netflix.