Did Bill Nye Say Parents Should Be Penalized for Having 'Extra Kids'?

American television's "Science Guy" was criticized for allegedly advocating penalties on large families in the interests of population control. 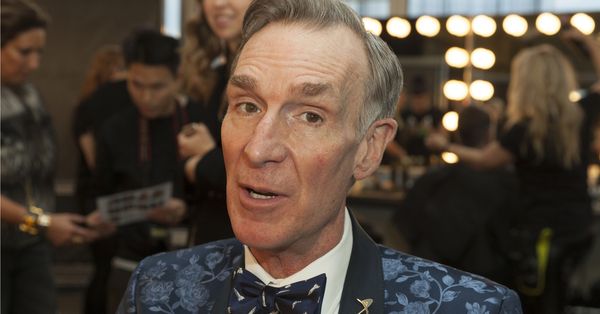 In late April 2017, Netflix personality Bill Nye (best known to U.S. television audiences as "the Science Guy") provoked a social media backlash by asking guests on his show Bill Nye Saves the World whether governments in developed countries ought to impose penalties on parents who have "extra kids."

The question, posed during a discussion on coping with climate change to Johns Hopkins University bioethicist Travis Rieder and two other panelists (women's and reproductive health experts Rachel Snow and Nerys Benfield), was condemned as "dystopic", "authoritarian", and worse by politically motivated critics:

ABORTIONS NOT ENOUGH FOR THE LEFT?

Bill Nye: Should parents be penalized for "extra kids"?@infowars @DailyCallerhttps://t.co/nz9D9y41Ut

An article on the right-leaning web site DailyWire.com accused Nye of raising the specter of Nazism:

In the 13th and final episode of Bill Nye, The-Not-A-Scientist-Guy's new Netflix series, the hardcore, human-hating leftist who chases trendy science like Bill Clinton chases tail, moved things in a rather dark  and some might say Nazi-ish direction while discussing the issue of population control.

It’s frightening to imagine a nation where parents are punished for having what the left considers too many babies.

I thought liberals wanted the government out of our bedrooms – but now they want to deputize government agents to police American baby-making.

Such reactions completely ignored the nature and context of the discussion, however. As a bioethicist, it is Rieder's job to seriously consider and propose answers to such questions. Moreover, the issue was debated by Nye's three panelists, who were not unanimous in their opinions:

Bill Nye: "So, should we have policies that penalize people for having extra kids in the developed world?"

Travis Rieder: "So, I do think that we should at least consider it."

Travis Rieder: "One of the things that we could do that's kind of least policy-ish is we could encourage our culture and our norms to change right."

Rachel Snow: "I would take issue with the idea that we do anything to incentivize fewer children or more children, I think it's all about, this is where it's justice, it's human rights we're really clear people should have the you know have the number of children they want, the timing of children, and if some families have five or six children god bless them, I mean that's fine well but most people end up with fewer."

Nerys Benfield: "But when you talk about penalties who are you going to end up penalizing, right?"

The bottom line is that Nye instigated an open discussion on the propriety of imposing penalties to control population growth. He neither proposed nor advocated such a measure.