Bill Murray Said 'Religion Is the Worst Enemy of Mankind'

Rumors that popular comedian Bill Murray proclaimed 'Religion is the worst enemy of mankind' originated with a fake news article. 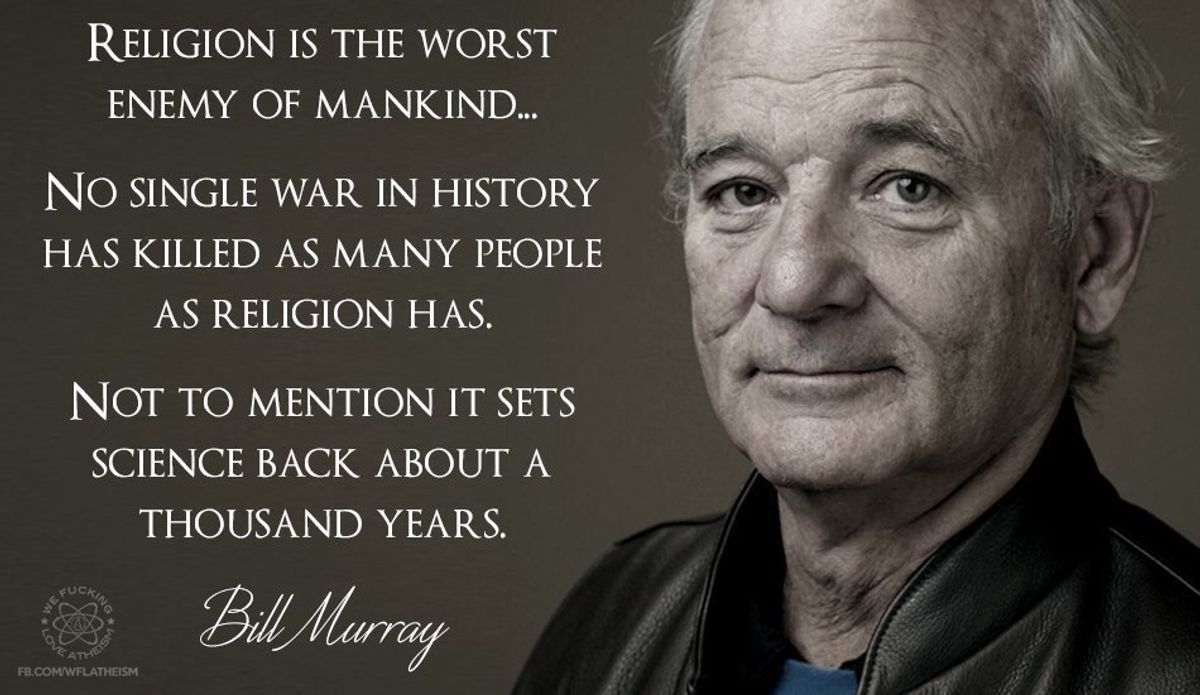 Claim:
Comedian Bill Murray is running for president and proclaimed religion to be "the worst enemy of mankind."
Rating:

On 22 January 2016, the News Examiner web site published an article reporting that comedian Bill Murray was running for President of the United States. This item was also reproduced on several of the News Examiner's shill web sites:

From his home in Charleston, South Carolina, legendary actor, comedian, and writer, 65-year-old Bill Murray, shocked the country today by announcing that he will be running for President in 2016.

"I've been thinking about doing this for a while now, and you know, it just seems right," Murray said. "I don't like most of the candidates that are currently running for President. I mean, Bernie Sanders seems like a decent guy, but the rest of em', are pretty much complete scum in my opinion." Murray continued, "I'm always traveling around the world, but I'm proud to call America, the good ole' U.S. of A, my home. I think there's a lot of great people here, a lot of potential, but there's also a lot of confusion and hate. People don't know what to make of these Hitler wanna-be's like Donald Trump, and the Ted Cruz's, who want to start World War III. They feed on the hate and paranoia a lot of this country has, and because of that, you see them leading in the polls. And it's sad that people go along with it, and can't see it for what it really is. I think the American people are better than that and they deserve better."

The News Examiner is a well-known fake news web site that does not publish factual news stories. While many readers immediately recognized the satirical nature of the News Examiner story, others were fooled by its publication on shill sites that spoof the domains of legitimate news organizations. As well, rumors about Murray's potential candidacy had already started circulating on social media (perhaps fueled by wishful thinking as much as credulity) and were eventually covered by some other web publications.

This fictitious news story also contained a fake quote ostensibly uttered by Murray about religion that was later widely shared by itself online: There is no truth to this rumor, either. Bill Murray has not made any announcements about his intentions to run for President of the United States, nor did he declare that religion is the worst enemy of mankind.