Is Bill Gates Transitioning from Man to Woman?

Videos can be deceiving. 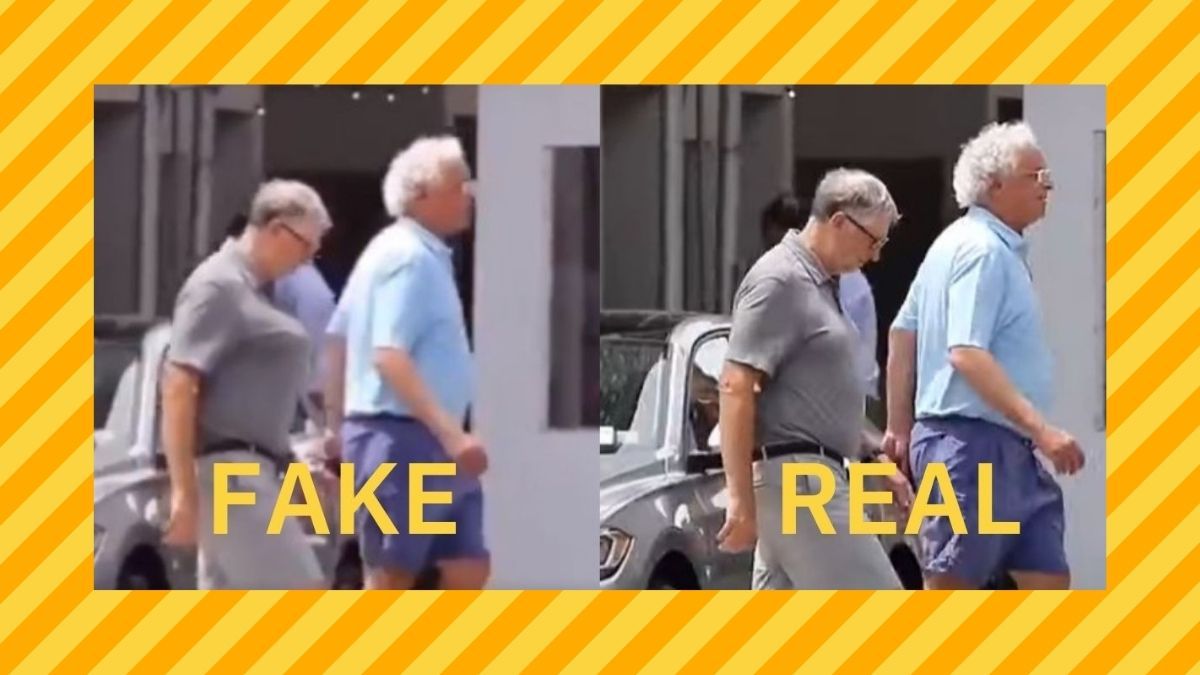 Claim:
A video shows Bill Gates with breast implants, or transitioning from a man to a woman.
Rating:

In May 2021, a video of Bill Gates walking down the street went viral as many social media users remarked on his prominent "man boobs," with some claiming that the Microsoft founder had gotten breast implants and/or was a transgender woman in transition:

Gates did not get breast implants. So far as we know, he is not "transitioning." This was a digitally altered video.

The disparity in these videos is most evident when Gates starts walking across the street. Here's a screenshot from the altered video (left) and the original footage (right): The original footage comes from the entertainment website Gossip Bae and shows Gates walking in downtown Manhattan. The description on YouTube reads:

Bill Gates is still seen wearing his wedding ring while walking to lunch with friends and bodyguards around Manhattan’s Downtown area. The billionaire walked around town with an unshaved look. Within the past weeks, since the divorce news broke, Gates’ life has become national news from his relationship with Jeffrey Epstein to an affair with an employee. Melinda filed for divorce at the beginning of May – there is no prenup.