No, it's not another microchip conspiracy. 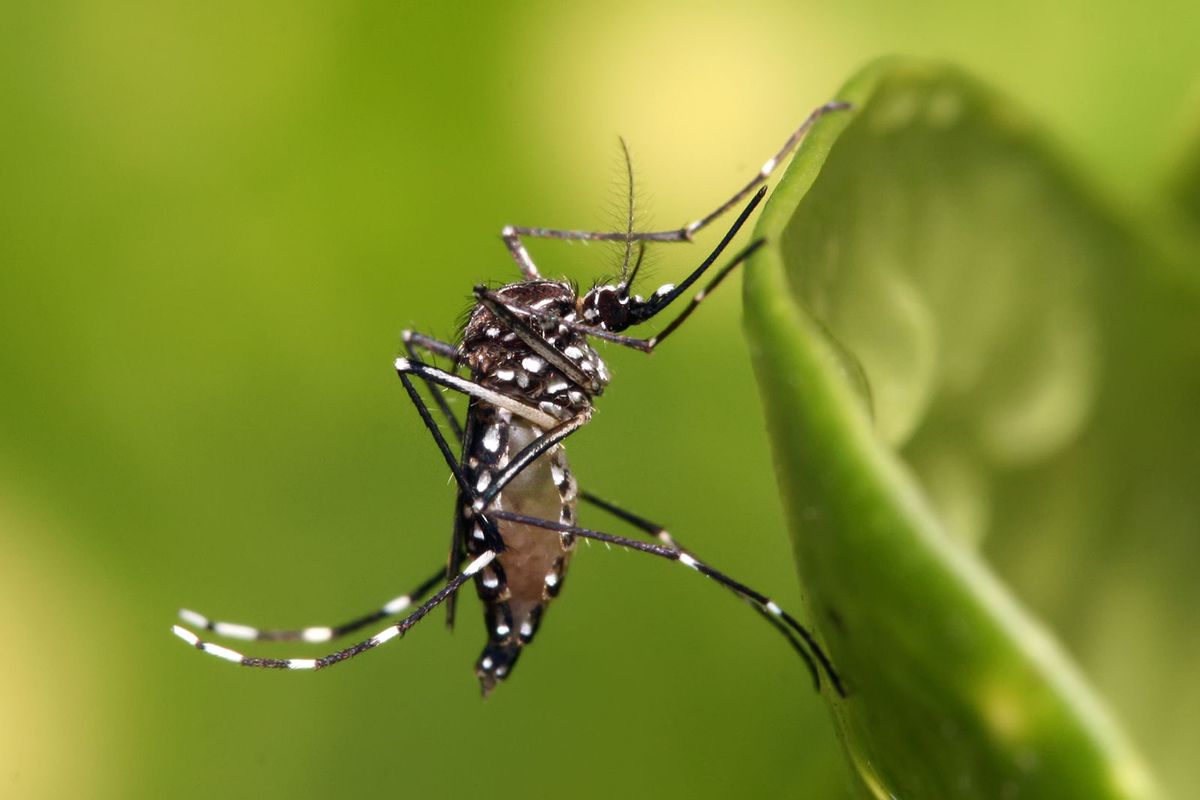 Bill Gates is not himself releasing mosquitoes into the wild. However, the Bill and Melinda Gates Foundation did award grants that funded biotech company Oxitec's work to develop genetically modified mosquitoes that may help reduce the spread of malaria and other mosquito-borne diseases in certain locations around the world. In April 2021, it was announced that Oxitec would release approximately 150,000 mosquitoes across six locations in Florida. However, the company told Snopes that this particular project was not funded by the Bill and Melinda Gates Foundation.

A multi-year research project to genetically modify Aedes aegypti, a mosquito species that is known to carry and transmit infectious diseases to humans, was slated to move from the lab to the fields of Texas and Florida in mid-2021. Under the project, thousands of A. aegypti were altered to make their reproduction more difficult, thus slowing and eventually preventing the spread of mosquito-borne illnesses like Zika, and dengue fever. But when the internet caught wind that Bill Gates may have been behind the project, posts circulated on social media that questioned the real motivation behind the project.

Snopes readers asked our team to dig deeper into the project and its rumored funding. In short, we found that the Bill and Melinda Gates Foundation did award grants to biotech company Oxitec for its work to develop a new strain of genetically modified mosquitoes nicknamed “Friendly™” to help reduce the spread of malaria. In April 2021, it was announced that approximately 150,000 mosquitos would be released across six locations in Florida.

But before we dig too much deeper into Oxitec's most recent project, it is important to note that this is not the first endeavor to genetically modify A. aegypti mosquitoes and subsequently release them into the wild. Researchers have been exploring this concept for more than a decade. In 2010, releases of altered males in the Cayman Islands led to an 80% suppression rate, and in 2011, 2012 and again in 2015, Oxitec released earlier generations of their genetically modified mosquitoes in areas of Brazil — all research that was described in the scientific journal PLOS Neglected Tropical Diseases.

We will also add that malaria is only transmitted to humans by female Anopheles mosquitos, a species common throughout the world. While A. aegypti do not themselves carry malaria, the research conducted by Oxitec is said to inform future endeavors to genetically alter Anopheles.

Oxitec is a research company that specializes in biological solutions to “control pests that transmit disease, destroy crops, and harm livestock” — among these, A. aegypti. A look through the Gates Foundation grant documents revealed that upwards of $5.8 million was allocated to Oxitec in June 2018 for malaria-related projects around the world over 43 months. The purpose of this grant was described as follows: “transfer a self-limiting genetic platform into a malaria vector for future application in Meso-America and the Caribbean to reduce or eliminate this mosquito where it transmits malaria."

A second grant of nearly $1.4 million in September 2020 was awarded as part of a year-long project “to prepare and engage partners for potential self-limited mosquito trials” specific to malaria in Africa and North America. A third 14-month grant for nearly $1.3 million was awarded to the same company in March 2021 for “agricultural development" related to food sustainability with cattle tick and is again unrelated to work in the U.S.

Oxitec told Snopes that the above grants are related to malaria-carrying mosquitoes not found in the U.S. and another species of mosquito that carries dengue, yellow fever and zika.

“Oxitec’s second-generation A. aegypti are the only mosquitoes to have been released in the U.S. to date, and they are not funded by the Gates Foundation,” a spokesperson for the company told Snopes, adding that the Florida project is fully funded by Oxitec. As of this writing, the project was still in Phase 1.

The Gates Foundation Is Not Alone In Supporting This Project

On May 1, 2020, the U.S. Environmental Protection Agency (EPA) approved an experimental use permit to field test genetically modified mosquitoes but required that the company receive state and local approval before moving forward (read more about the docket and approval process). Under these parameters, the EPA required that the study be conducted over a two-year period in Monroe County, Florida, beginning in the summer of 2020 and in Harris County, Texas, beginning in 2021, for a total of 6,600 acres across the two states. In response to this authorization, the agency received more than 31,000 public comments, most of which urged that the EPA not permit testing or delay it until more information was made available. The EPA issued a 150-page response to those comments, explaining its decision to move forward.

In June 2020, the Florida Department of Agriculture and Consumer Services followed through and granted experimental use permit OX5034 for testing in the state. Then, the Centers for Disease Control and Prevention National Center for Emerging and Zoonotic Infectious Diseases announced its involvement with the project in a July 2020 letter written by Dr. Lyle Petersen, director of the Division of Vector-Borne Diseases. Dubbed the FKMCD-OXITEC Mosquito Project, the investigational agreement in Florida was approved by the Florida Keys Mosquito Control District Board of Commissioners along with seven State of Florida agencies.

A. aegypti is endemic to Africa but has spread across the sub-tropical and temperate regions around the planet. This species is particularly invasive because the eggs are able to remain dormant in dry conditions for months, spreading by way of people and transported goods, before hatching when it rains. The A. aegypti mosquito is just 4% of the entire mosquito population in the Florida Keys, but is responsible for nearly all of the mosquito-borne disease transmitted to humans. Aedes aegypti mosquito distribution in the United States as of 2016. CDC

But it is only the female mosquito that can transmit diseases like chikungunya, Zika, dengue, and malaria because only female mosquitoes bite humans, which is how they transmit bacteria in their saliva into the human bloodstream. To combat this, Oxitec researchers identified a protein called tetracycline Trans-Activator Variant as a tool to suppress mosquito populations.

Male mosquitoes have been genetically modified to carry a “self-limiting” gene known as OX5034. Female offspring that inherit OX5034 protein will die before reaching adulthood, leaving only the non-biting males to survive. These gene-carrying males will then mate with females in the field, and since only their non-biting male offspring will survive, the expectation is that the self-limiting gene will be passed along again to future offspring. The mosquitoes were also altered to carry an inert fluorescent marker called DsRed2-OX5034, which will help researchers identify the genetically modified mosquitoes in the wild. Eventually, the presence of these genes will decline and be bred out in a short amount of time given A. aegypti lives between eight and 10 days and this is a short-term trial.

“The self-limiting gene prevents offspring of our released male insect from surviving to adulthood, and a fluorescent marker gene produces a protein throughout the body of the insects, which glows when exposed to a specific color of light. This helps us to track our insects in the wild,” explained Oxitec.

Placement of the first mosquito boxes in Florida was rolled out the week of April 26, 2021, across six statewide locations. We will update this article as more information becomes available.

Correction [June 4, 2021]: This article was updated to clarify the differences between Aedes aegypti and Anopheles mosquito species.

Update [June 29, 2021]: The claim rating of this article was updated from "True" to "Mixture" after receiving further clarification from Oxitec.