Among the many flaws in this conspiracy theory, the COVID-19 variant "omicron" isn't spelled with a "K." 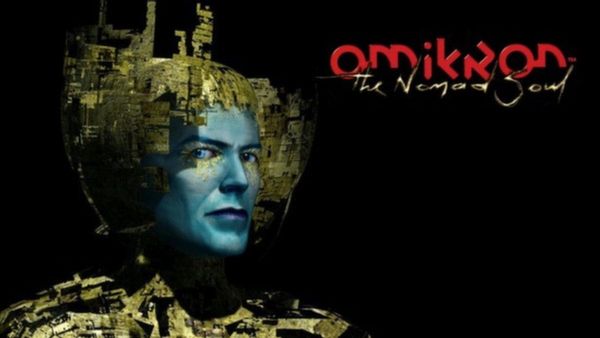 There is a video game called "Omikron: The Nomad Soul," but it was not created by Bill Gates.

In December 2021, a rumor circulated on social media that former Microsoft CEO Bill Gates had created a video game in 1999 called Omikron: The Nomad Soul, about a demon pretending to be human to harvest souls.

While there was a video game called Omikron: The Nomad Soul — not "Omicron" as stated above — it was not created by Microsoft or Gates.

Omikron: The Nomad Soul was created by French developer Quantic Dream and published by Eidos Interactive. While the game was available to play on Microsoft computers (and later on Sega's Dreamcast console), neither Gates nor his company were involved in its creation.

This video game was notable at the time because it featured musician David Bowie. In December 2021, a clip of this virtual Bowie calling on the people of Omikron to "wake up" went viral:

The rumor that Gates created a video game called "Omicron" is just the latest attempt by conspiracy theorists to make it seem as if the COVID-19 pandemic had been somehow artificially manufactured. We've covered a number of other rumors making similar claims. Gates did not plan or predict the COVID-19 pandemic. And in the hypothetical (and false) scenario that the pandemic was planned, we're not sure how or why this ghoulishly evil scheme would start with the creation of a video game.

The word "omicron" has been around for centuries. In addition to being used in scientific research (it is often used in astronomy to name stars or planets), it has also popped up in pop culture. The aliens from the animated show "Futurama," for example, are from the planet Omicron Persei 8. A movie from the 1960s also used "Omicron" as a title. The only connection these pieces of media have to the current pandemic is their name.

Correction [Dec. 17, 2021]: The Dreamcast console was developed by Sega, not Microsoft.