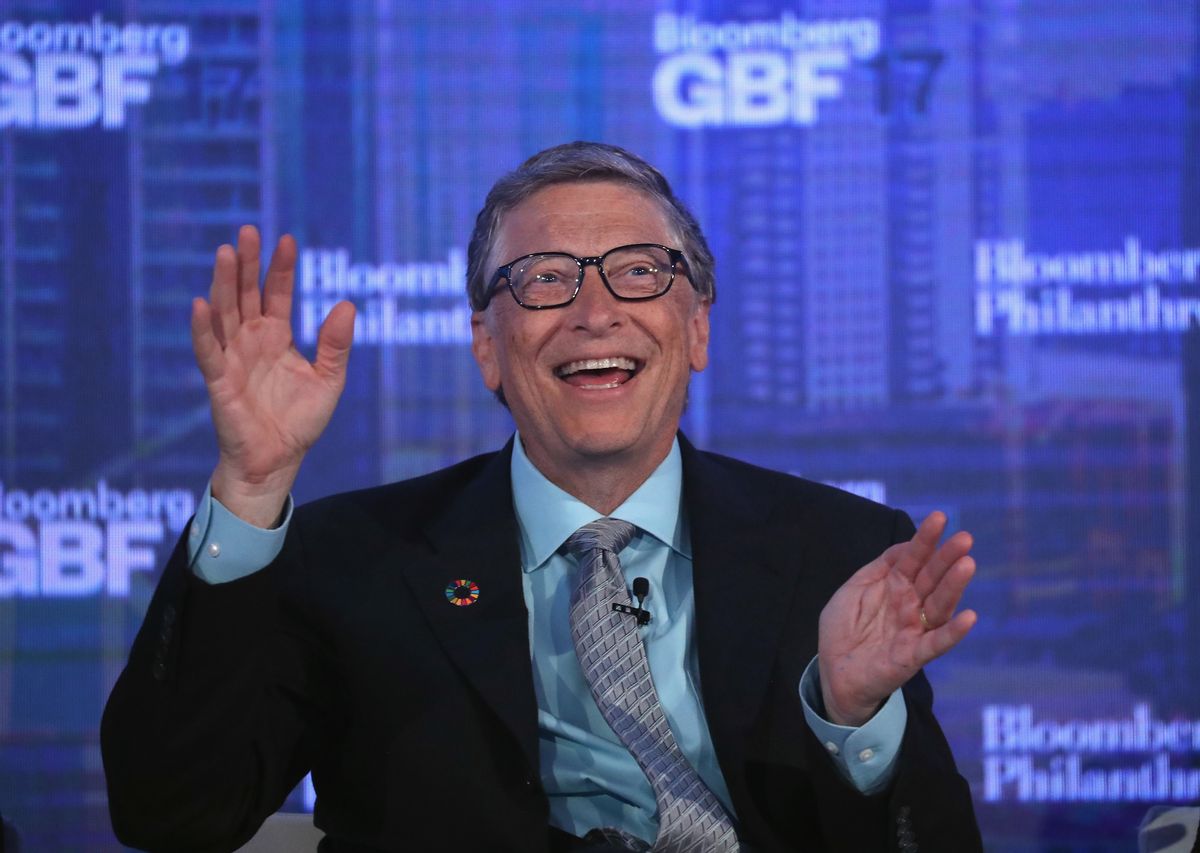 Claim:
Microsoft Co-Founder Bill Gates tweeted the joke, "I guess we finally ran out of microchips," in response to a previous tweet from "The Daily Show's" Twitter account.
Rating:

It's true that, on June 15, 2022, Microsoft Co-Founder Bill Gates tweeted, "I guess we finally ran out of microchips." Gates' tweet came in response to another tweet from "The Daily Show's" Twitter account. "The Daily Show" had first tweeted, "Wow, Bill Gates encourages everyone to get vaccinated, then a year later Internet Explorer dies. Coincidence???"

Both tweets poked fun at debunked conspiracy theories on the subject of COVID-19 vaccines.

Gates' reference to microchips can be traced back to near the beginning of the pandemic.

In May 2020, The BBC reported on the false and misleading rumor that claimed the entire coronavirus pandemic was "a cover for a plan to implant trackable microchips and that the Microsoft co-founder Bill Gates is behind it." The Bill and Melinda Gates Foundation told the BBC that the rumor was "false."

A new YouGov poll of 1,640 people suggests that 28% of Americans believe that Bill Gates wants to use vaccines to implant microchips in people - with the figure rising to 44% among Republicans.

Rumors took hold in March when Mr. Gates said in an interview that eventually "we will have some digital certificates" which would be used to show who'd recovered, been tested and ultimately who received a vaccine. He made no mention of microchips. That response led to one widely shared article, under the headline: "Bill Gates will use microchip implants to fight coronavirus."

The article makes reference to a study, funded by The Gates Foundation, into a technology that could store someone's vaccine records in a special ink administered at the same time as an injection. However, the technology is not a microchip and is more like an invisible tattoo. It has not been rolled out yet, would not allow people to be tracked and personal information would not be entered into a database, says Ana Jaklenec, a scientist involved in the study.

From what we could tell, "The Daily Show's" joke tweet was intended to mirror the kinds of baseless rumors that have been posted by conspiracy theorists during the pandemic. Such conspiracy theorists have been known to draw comparisons between unrelated and sometimes unconfirmed news items, as if such comparisons established some sort of spooky, mysterious, and alarming conclusion. In reality, evidence that comes from credible sources, not unsubstantiated rumors, is the key to building a firm conclusion.

For any readers lost on "The Daily Show's" mention of Internet Explorer, it referred to the fact that Microsoft ended support of the web browser on the same day that both tweets were posted. Internet Explorer was first introduced in 1995.

In sum, in case Gates' tweet about microchips spreads as a screenshot in the future, yes, he tweeted it, and it was nothing more than a joke.

Sanders, Linley. “The Difference between What Republicans and Democrats Believe to Be True about COVID-19 | YouGov.” YouGov, 26 May 2020, https://today.yougov.com/topics/politics/articles-reports/2020/05/26/republicans-democrats-misinformation.