According to Forbes, Gates said that "political polarization may bring it all to an end" and referenced "a hung election and a civil war." 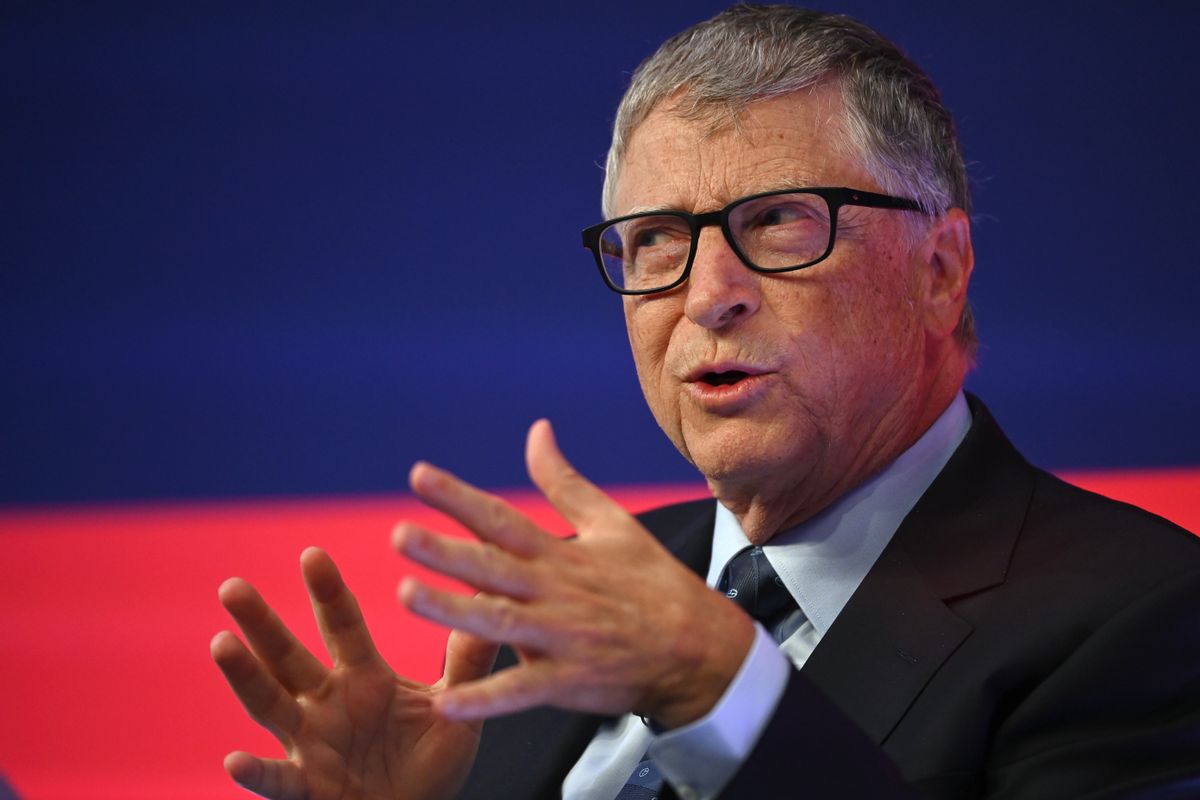 Claim:
Bill Gates said: "I admit that political polarization may bring it all to an end, we're going to have a hung election and a civil war."
Rating:

According to exclusive reporting from Forbes, Gates said this in September 2022 at the Forbes 400 Philanthropy Summit. To date, we've been unable to locate a full transcript or complete video recording of the event. We reached out to the Forbes writer, the company's corporate communications team, and the summit's organizers with additional questions. We also emailed the Bill & Melinda Gates Foundation. We will update this story if we receive additional information that might bring a better understanding of this quote and its context.

On Sept. 23, 2022, Forbes.com reported exclusively on several remarks made by Bill Gates at the 2022 Forbes 400 Philanthropy Summit. According to the story, Gates mentioned that "political polarization" may bring the future possibility of a "hung election" and a "civil war."

The portion of the story relevant to this fact-check claim read as follows:

Gates, who predicted a pandemic back in 2015 and became famous around the world for his views on Covid-19, said he still doesn’t have a solution for misinformation and conspiracy theories. He’s even had people approach him on the street to yell at him, accusing him of tracking people with microchips.

"The polarization and lack of trust is a problem,” he said. “One of the best-selling books last year was a book by Robert Kennedy, saying that I like to make money and kill millions of people with vaccines. It's wild that [that] sells well.”

Covid-related conspiracy theories appear to be dying down with the receding pandemic: “I have a group that tracks what's on the web that's talking about things that connect to me,” he said. “Overwhelmingly during the pandemic, 95% was all the conspiracy theory stuff. It is calming down now.”

But Gates is still worried about domestic polarization in the U.S., which he sees little hope for in the short-term. "I admit that political polarization may bring it all to an end, we're going to have a hung election and a civil war,” he said. “I have no expertise in that, I'm not going to divert my money to that because I wouldn't know how to spend it."

The "civil war" quote from the Forbes article led to the publishing of a story by Business Insider titled, "Bill Gates says political polarization 'may bring it all to an end' and could even lead to a civil war." We also found two popular YouTube videos that discussed the quote, one from actor and producer Russell Brand, and another from podcaster Tim Pool's Timcast IRL. The video titles were, "Hang On, Bill Gates Just Predicted WHAT?" and "Bill Gates Says CIVIL WAR Is Coming, Election Will Be HUNG."

As of this writing, we were in the process of attempting to locate a full transcript and potentially a complete video of Gates' answers at the event. A partial video of Gates' appearance was uploaded to the Forbes Facebook page, but did not include the remark in question. We contacted the writer of the Forbes article to ask if notes were available. We also reached out to the company's corporate communications team, the summit's organizers, and the Bill and Melinda Gates Foundation. This story will be updated.

For further reading, we previously reported on various baseless conspiracy theories associated with Gates, some of which he discussed in the interview. For example, he once tweeted a joke about a conspiracy theory that made a false claim about COVID-19 vaccines and microchip tracking. Another debunked rumor said that he owned a majority of U.S. farmland. Among a number of other strange conspiracy theories, we also reported that, no, Gates never "admitted" that vaccinations are the "best way to depopulate" the planet.

Jackson, Sarah. “Bill Gates Says Political Polarization ‘may Bring It All to an End’ and Could Even Lead to a Civil War.” Business Insider, 28 Sept. 2022, https://www.businessinsider.in/tech/news/bill-gates-says-political-polarization-may-bring-it-all-to-an-end-and-could-even-lead-to-a-civil-war/articleshow/94504356.cms.