President Clinton's remark about being "amazed" at what his wife was "put through" during the Benghazi hearings was spun into something he didn't say. 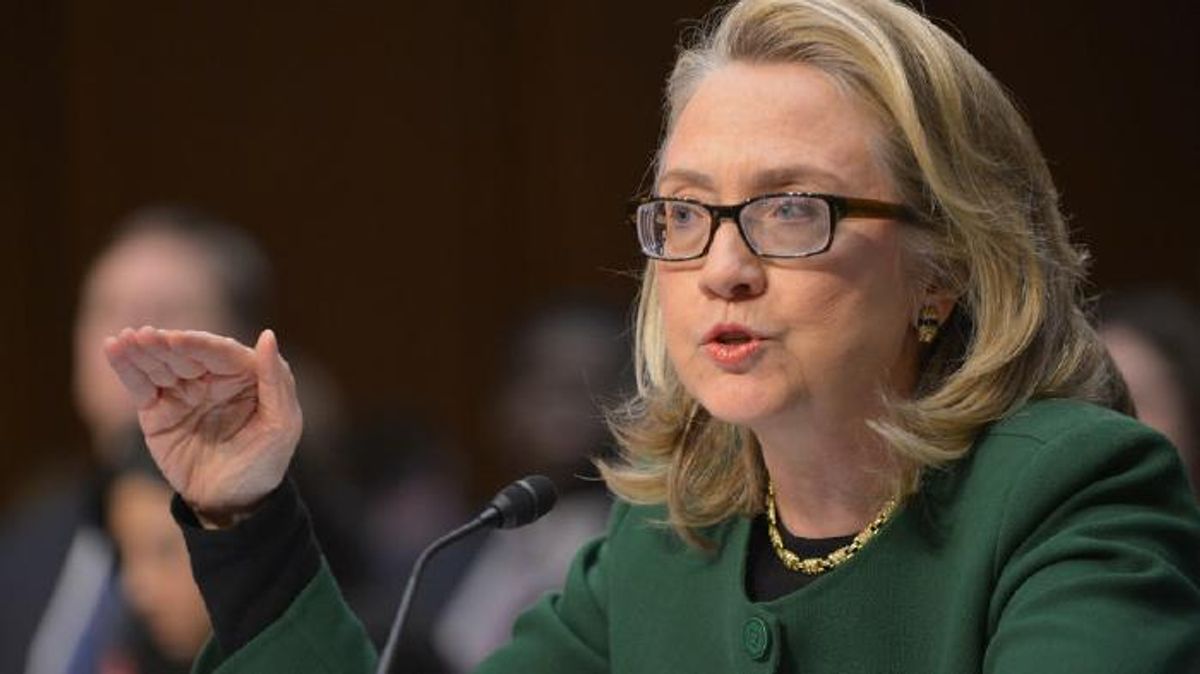 Claim:
Bill Clinton said that testifying at congressional hearings meant that "Hillary suffered more than those guys in Benghazi."
Rating:

After Hillary Clinton was formally nominated as the Democratic presidential nominee in July 2016, a meme began recirculating suggesting that her husband, former President Bill Clinton, said that Hillary "suffered more" than the four Americans killed in an attack on the American diplomatic compound in Benghazi, Libya, on 11 September 2012.

A screenshot from a Fox News segment overlaid with the controversial statement (offered as a commentary and not a direct quote) was circulated alongside the claim: An image search for this graphic led to a since-deleted 6 February 2016 article published by Radix News from which the graphic appeared to have originated, although content supporting the added statement was not contained within that article:

Kate Quigley, sister of Benghazi victim Glen Doherty, was shocked when Bill Clinton said he was amazed what his wife was “put through” when she had to answer hours of questions from the Benghazi Select Committee. “The insensitivity of that comment is shocking,” Quigley said on Fox News’ “The Kelly File.” “But clearly misguided sympathy runs in the family.”

The "put through" quote was taken from a 22 January 2016 Fox News segment during which anchor Megyn Kelly interviewed the sister of Benghazi victim Glen Doherty:

Kate Quigley, sister of Benghazi victim Glen Doherty, joined Megyn Kelly tonight to react to Bill Clinton saying that he was amazed what his wife was "put through" when she had to answer hours of questions from the Benghazi Select Committee.

The Fox News article featured a chyron that correctly matched the content of the referenced news segment and did not include the added (and apocryphal) "Hillary suffered more" comment: As the video embedded above demonstrates, Bill Clinton lamented the lengthy hearings his wife endured over the Benghazi attack, but he did not state that she "suffered more" from the process than the victims of the attack did.