Clinton said the meeting inspired him to pursue a life of public service. 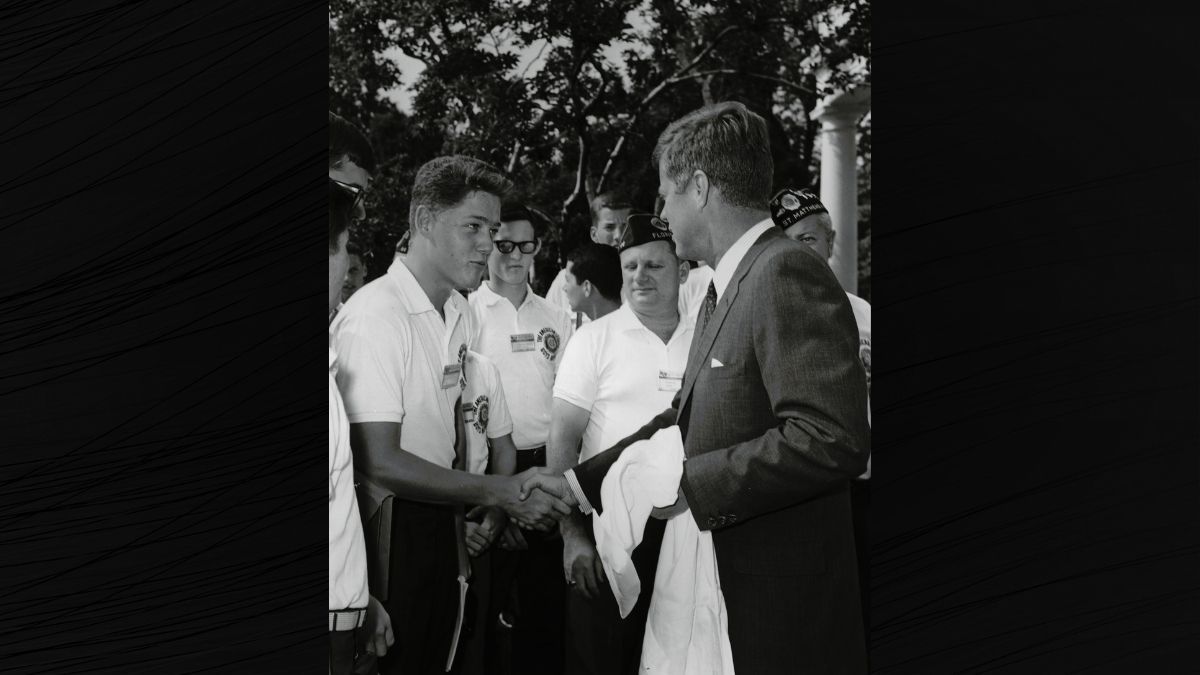 A black-and-white photograph that shows a young man proudly shaking the hand of another, somewhat older man depicts two presidents. One of the men is John F. Kennedy, the 35th president of the United States. The other is Bill Clinton, who would go on to become the 42nd U.S. president.

According to NBC News, the picture was taken in the White House Rose Garden in July 1963, while Clinton was attending the American Legion Boys Nation program. Clinton described the encounter as inspiring his path into public service. He was sworn in 30 years later, in 1993.

According to entertainment news site Parade, the Clinton quote included in the tweet above came from a 2013 documentary and accompanying book, "Where Were You? America Remembers the JFK Assassination," commemorating the 50th anniversary of Kennedy's assassination. Parade quoted a longer excerpt, giving more detail about where Clinton was when he got the news:

I was in my calculus class, my fourth-period advanced math class. I was a senior in high school. It was right after lunch that I heard. My teacher, Doyle Coe, was the assistant principal, and he was called to the phone. He came in totally ashen-faced and told us the president had been shot. I remember it as if it were yesterday. I was heartbroken. I was hoping he would live. We didn’t know in the beginning whether he was dead. I just remember being totally bereft. There was a lot of hatred of Kennedy in the South over civil rights. The people who hated him, the right-wingers in the South, didn’t think he was being a pansy on civil rights. ...

I’m not like a lot of other people. I really was for him when he ran in the primaries. I just thought he’d really done a good job; he meant something to the country, and he symbolized the future. It was as if it was snuffed out.

Parade. “Bill Clinton Recalls Where He Was When He Learned JFK Died: ‘I Was Heartbroken.’” Parade: Entertainment, Recipes, Health, Life, Holidays, 7 Nov. 2013, https://parade.com/226242/parade/bill-clinton-recalls-where-he-was-when-he-learned-jfk-died-i-was-heartbroken/.