Were These Bikers Praying for Trump at Walter Reed?

The president of the United States was taken to Walter Reed Medical Center after testing positive for COVID-19. 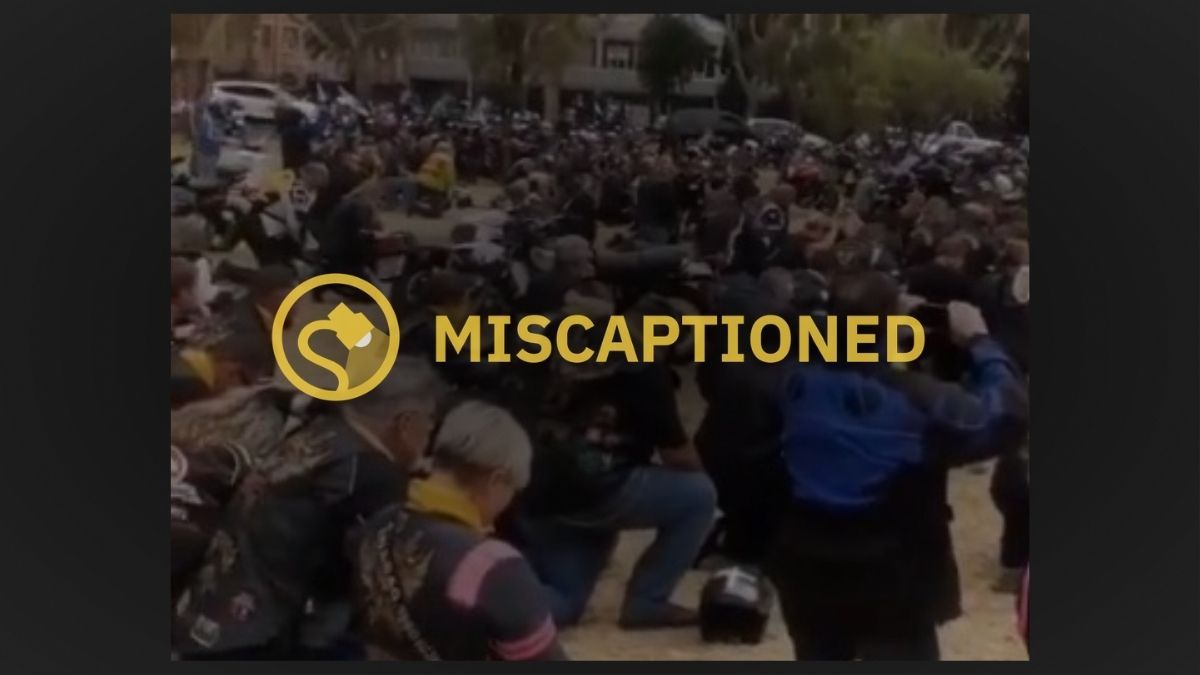 In October 2020, shortly after U.S. President Donald Trump tested positive for COVID-19 and was admitted to Walter Reed National Military Medical Center, a video started to circulate on social media that supposedly showed a group of bikers praying for him to get better:

This video was not taken outside of Walter Reed hospital, and it is not related to Trump's positive COVID-19 diagnosis.

Trump first announced that he had tested positive for COVID-19 on the evening of Oct. 1, 2020. This video, however, predates this news by about a month. TikTok user "jamesriley1688" first shared this video on Sept. 11, but it appears that this footage shows an event that took place near the end of August in Pretoria, South Africa.

A video posted to the YouTube channel Free West Media shows a scene similar to the one shown in the viral footage. Free West Media's video was taken in Pretoria during a protest regarding violence against farmers:

Pretoria - Thousands of bikers from across the country placed white roses and crosses near the gates of the Union Buildings to register their unhappiness with farm killings and racism.

Some of the crosses bore the names of farmers killed in the past year.

The viral video does not show a group of bikers outside of Walter Reed hospital praying for Trump to recover from the coronavirus. This video was taken in another country more than a month before Trump's diagnosis.

Previous Article
Next Article
Article 30 of 38 in Collection