Is This a Video of Bikers on Their Way to Washington to Support Brett Kavanaugh?

According to internet trolls, bikers everywhere in the world are supporters of President Trump and frequently rally to his support. 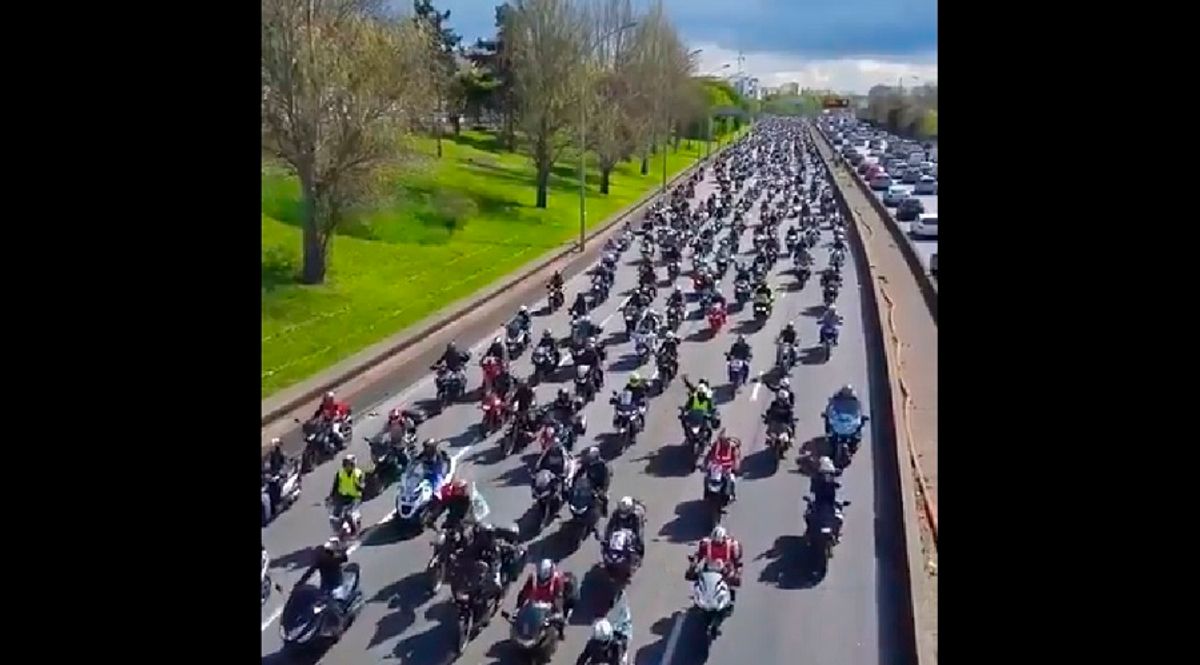 Claim:
A video shows the group "Bikers for Trump" on their way to Washington D.C. to support Brett Kavanaugh's confirmation hearing and demand the resignation of Sen. Feinsten.
Rating:

A years-old video showing a large number of motorcyclists driving down a highway in Paris, France, was repurposed by a number of troll accounts in September 2018, who shared as if it showed the group "Bikers for Trump" on their way to Washington, D.C., to support Supreme Court nominee Judge Kavanaugh and to demand the resignation of Senator Dianne Feinstein (D-Calif.)

The Facebook page "World Against Terrorism" shared this video on 24 September 2018 along with the caption "OUTSTANDING!! Bikers for Trump on thier way to Washington DC to Support the Kavanaugh Confirmation Hearing and Demand Sen. Feinsten to resign! This is Amazing! Thank you Bikers for Trump!"

The Twitter accounts "JamieR Army Girl," @WeSupport45 (which has previously pushed misinformation about Bikers supporting Trump), and a Facebook account posing as a "fan" page for the Charlotte County Republican Party also shared this video with nearly identical captions: This isn't the first time that this same footage has been attached to misinformation. More than a year before this video was offered as if it showed the "Bikers for Trump" group on their way to support Judge Kavanaugh, it was shared on Russian social media sites such as VK.com and OK.Ru as if it captured the "Bikers for Trump" group arriving in Washington, D.C., for Donald Trump's inauguration. This claim was also picked up and shared by suspect social media accounts such as Boca Vista 2016, which we previously found to be in the business of propagating misinformation.

This video has nothing to do with Washington D.C., President Trump, or Brett Kavanaugh. It was actually taken on the Boulevard Peripherique in Paris, France, and has been online since at least 2016:

Although we're not certain exactly when this video was taken, it clearly shows the Boulevard Peripherique in Paris. Photographs from Getty Images show a large motorcycle protest taking place along this same stretch of road in April 2016. Here's a comparison of one of those Getty Images photographs (left) and a screenshot from the viral video: