No, Biden Did Not Say 'White Republican Men' Are 'More Dangerous Than ISIS' 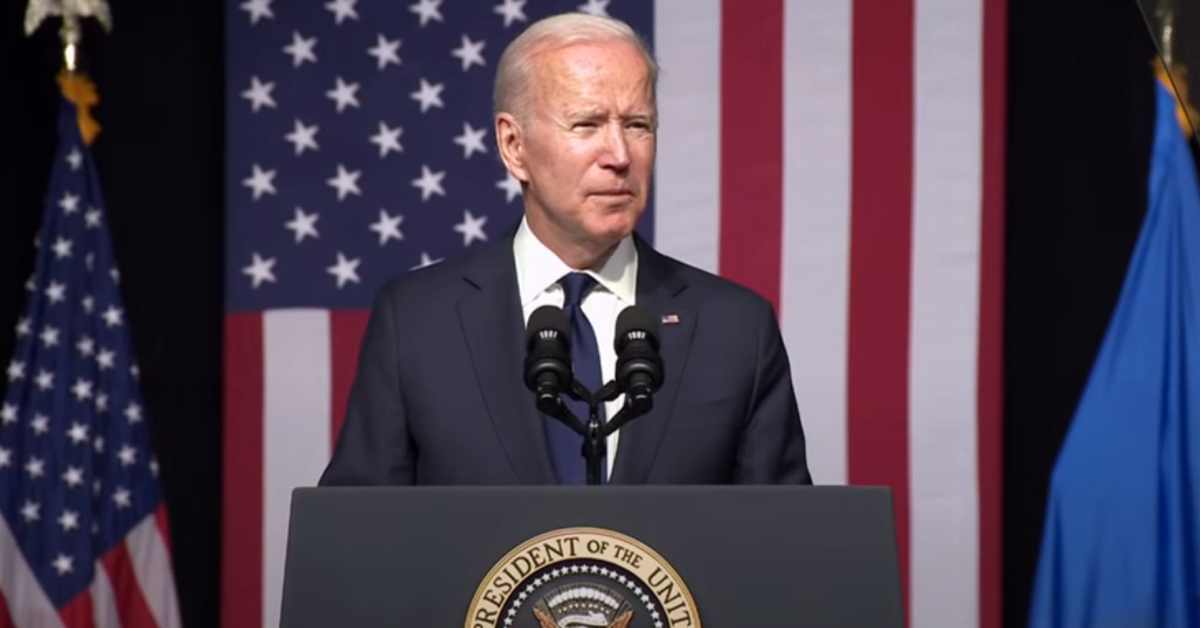 Carlson made the claim during the June 1 episode of "Tucker Carlson Tonight." He was criticizing proposals to segregate unvaccinated individuals at certain public events, as well as well-founded claims, promulgated on CNN, that white, Republican men had the highest levels of COVID-19 vaccine hesitancy. After playing a series of clips of CNN, Carlson resumed his monologue, as follows:

Yeah, you're not surprised. It's always the same people, those white Republican men. The very ones that, just today, Joe Biden warned us are more dangerous than Isis ...

A much shorter clip posted to Twitter showed only this part of the monologue, without the lead-up outlined above:

Carlson's claim was false. Earlier that day, Biden spoke at a commemoration of the centennial of the 1921 Tulsa Race Massacre, in which white mobs looted and burned down dozens of blocks in the affluent Black neighborhood of Greenwood in Tulsa, Oklahoma.

Towards the end of his address, Biden said:

And finally, we must address what remains the stain on the soul of America. What happened in Greenwood was an act of hate and domestic terrorism, with a through line that exists today, still. Just close your eyes and remember what you saw in Charlottesville, four years ago, on television. Neo-Nazis, white supremacists, the KKK, coming out of those fields at night, with lighted torches, the veins bulging as they were screaming. Remember? Just close your eyes and picture what it was.

Well, Mother Fletcher said when she saw the insurrection at the Capitol on January the 9th [Jan. 6], it broke her heart. A mob of violent white extremists. Thugs. She said it reminded her of what happened here in Greenwood 100 years ago. Look around at the various hate crimes against Asian-Americans and Jewish Americans. Hate that never goes away. Hate only hides.

Jesse [Jackson], I think I mentioned this to you — I thought after you guys pushed through, with Dr. King, the Voting Rights Act and the Civil Rights Act, I thought we moved. What I didn't realize — I thought we had made enormous progress and I was so proud to be a little part of it — but you know what, Rev.? I didn't realize hate's never defeated, it only hides. It hides. And, given a little bit of oxygen, just a little bit of oxygen, by its leaders, it comes out of there from under the rock like it was happening again, as if it never went away.

So folks, we can't — we must not give hate a safe harbor. As I said it my address to the joint session of Congress, according to the intelligence community, terrorism from white supremacy is the most lethal threat to the homeland today. Not Isis, not Al Qaeda — white supremacists. That's not me, that's the intelligence community under both Trump and under my administration. [Emphasis is added].

Carlson's description of what Biden said was inaccurate and misleading in several ways.

Finally, Biden did not compare the relative levels of aggregate global danger posed by Isis, on the one hand, and American white supremacists, on the other hand. He said, specifically, that white supremacist terrorism poses a more "lethal threat to the homeland" than either the Islamic State group or al-Qaeda. So even if Biden had used the phrase "white Republican men," Carlson's claim would still have been wide of the mark.