A doctored picture was shared in the moments after U.S. President Joe Biden gave a speech on the Taliban's efforts to take over in Afghanistan. 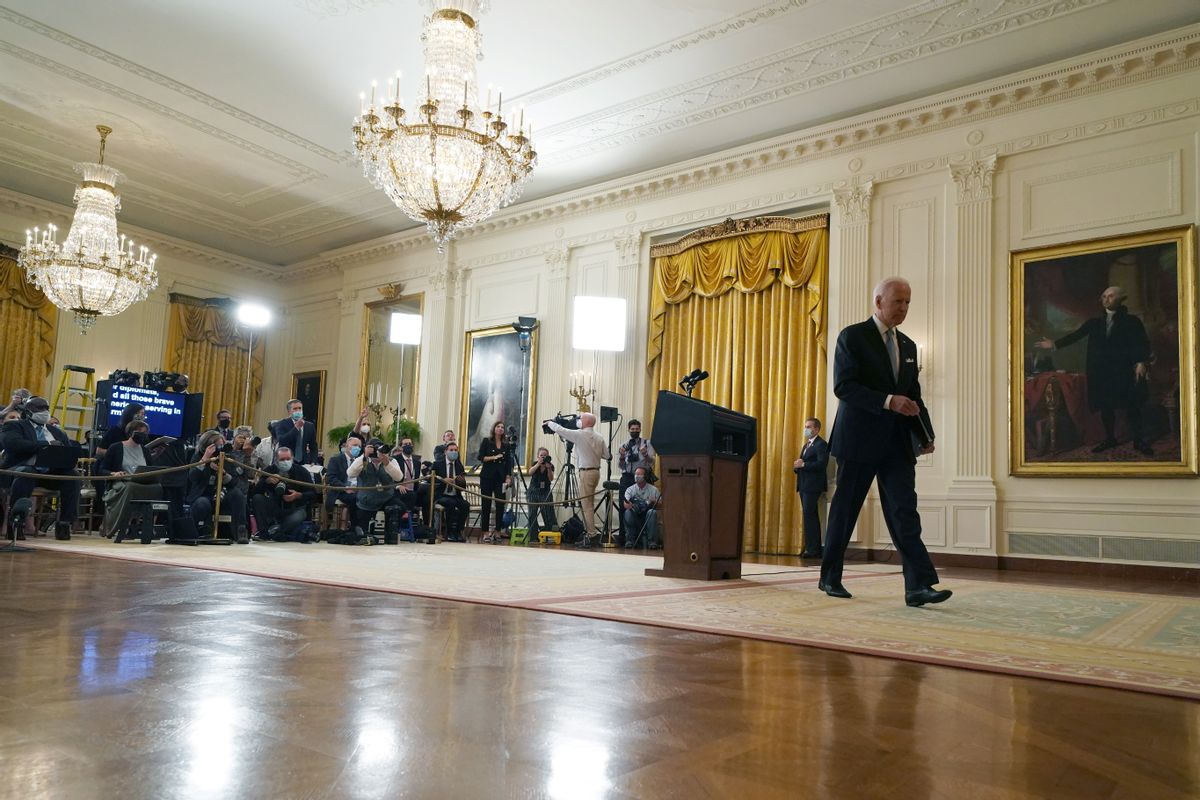 Claim:
President Joe Biden's teleprompter reminded him to "leave now" after his Aug. 16, 2021, speech about the Taliban and Afghanistan.
Rating:

On Aug. 16, 2021, U.S. President Joe Biden read from a teleprompter as he addressed the nation on the Taliban's efforts to take over in Afghanistan. In the moments after his speech ended, dubious social media accounts shared a doctored photograph. An unknown person had altered a picture of Biden's teleprompter to add the words "leave now" to the end of his address. The altered screenshot, which was taken from a video, was shared by multiple Twitter accounts bearing American flag emojis and "Make America Great Again" phraseology. Despite the fact that the picture had been doctored, the tweets continued to be shared the next day.

It's true that Biden left the podium without speaking with reporters who had gathered in the White House East Room. The journalists shouted various questions as the president left the room. However, Biden's teleprompter did not say to "leave now."

A fact check published by Reuters, noted that the original and unaltered screenshot was taken from a live video feed on The Washington Post's YouTube channel. "Leave now" did not appear on the teleprompter on a live video feed. (Courtesy: The Washington Post/YouTube)

The speech ended with this line: "Thank you. May God protect our troops, our diplomats, and all brave Americans serving in harm’s way." As Biden walked away, the live feed cut to the angle seen in the screenshot in question. The moment begins at around the 1:19:54 mark in the video.

According to the Associated Press, Biden "expressed no second thoughts" on the decision to withdraw American forces from Afghanistan.

A defiant President Joe Biden rejected blame Monday for chaotic scenes of Afghans clinging to U.S. military planes in Kabul in a desperate bid to flee their home country after the Taliban’s easy victory over an Afghan military that America and NATO allies had spent two decades trying to build.

At the White House, Biden called the anguish of trapped Afghan civilians “gut-wrenching” and conceded the Taliban had achieved a much faster takeover of the country than his administration had expected. The U.S. rushed in troops to protect its own evacuating diplomats and others at the Kabul airport.

But the president expressed no second thoughts about his decision to stick by the U.S. commitment, formulated during the Trump administration, to end America’s longest war, no matter what.

In sum, words in Biden's teleprompter did not say to "leave now" at the end of his speech about the Taliban and Afghanistan. The picture was doctored.