Did Biden Say 'Sincerely' That Fauci Is President?

Critics of President Biden seized upon some stray remarks at a news conference in December 2021. 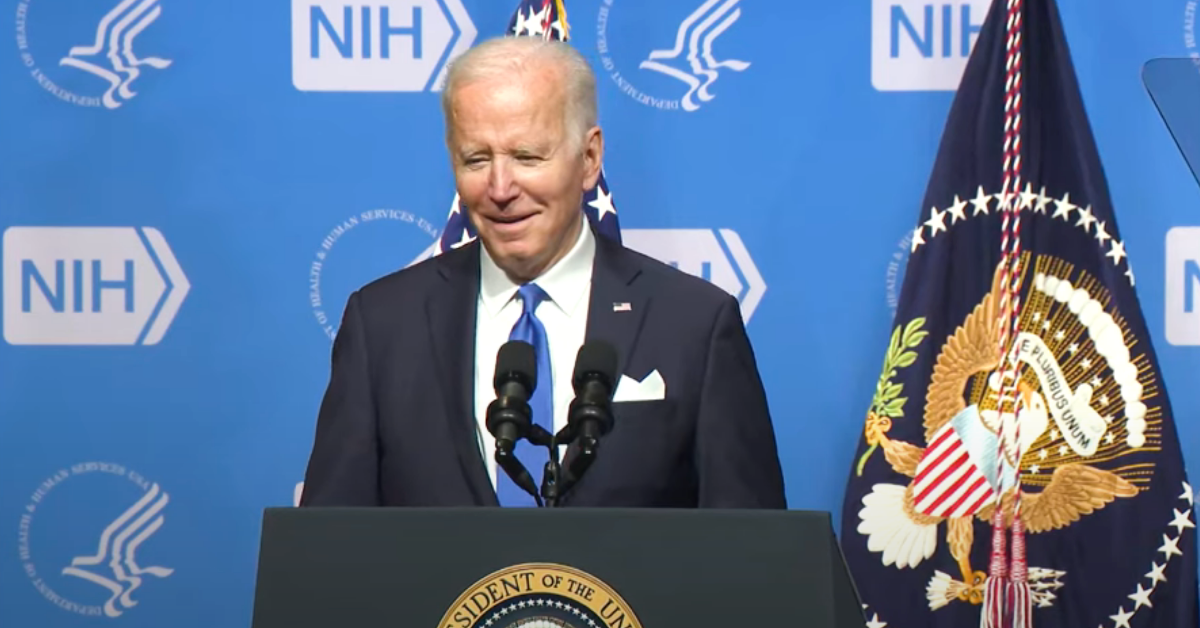 Claim:
In December 2021, U.S. President Joe Biden sincerely stated that Anthony Fauci, and not he, was the de facto president.
Rating:

The following quotation, widely attributed to Biden, was authentic: "I've seen more of Dr. Fauci than I have my wife. We kid each other, but they look 'Who's president? Fauci.' But all kidding aside, I sincerely mean it." However...

Biden and his audience were laughing during those remarks, making it clear he was speaking entirely in jest. The phrase "I sincerely mean it" did not cast doubt on the humorous intent behind Biden's Fauci quip, but rather referred back to the president's earlier comments, in which he thanked National Institutes of Health staff for their working during the COVID-19 pandemic.

In December 2021, critics of U.S. President Joe Biden jumped into action, suggesting he had declared, "admitted," or let slip that his Chief Medical Adviser Anthony Fauci was, in effect, the true president of the United States.

At the heart of that rumor was a quotation taken from Biden's remarks at a news conference on Dec. 2, which was typically presented as follows:

"Who’s president? Fauci. But all kidding aside, I sincerely mean it."

On that basis, several observers and websites, primarily right-leaning and more broadly opposed to Biden's presidency, either stipulated or suggested that he had stated, in earnest, that Fauci was president.

For example, a post on the website VidMax bore the headline "Joe Biden Officially Admits that Dr. Fauci is Actually President" and claimed Biden "slipped up and admitted the person actually calling the shots at the white house is actually Fauci, not him!"

Meanwhile, the conservative website Breitbart observed in its report that Biden was speaking in jest ("Biden joked with a chuckle"), but decided to omit that crucial context from its headline, which read starkly "Joe Biden: 'Who's President? Fauci.'" For its part, Mediaite used innuendo to suggest that Biden might not actually have been joking in his quip about Fauci, making a point of inserting a question mark after the word "jokes", in their headline, as well as including the phrase "I sincerely mean it": The claim — whether explicit or implicit — that Biden had earnestly asserted that Fauci was the de facto president fails on two grounds. Firstly, video of his remarks makes it clear he was speaking in jest. Secondly, a proper, contextual viewing of Biden's remarks makes it clear his use of the phrase "I sincerely mean it" referred to his broader expression of gratitude and praise to staff at the National Institutes of Health, rather than his throwaway quip about Fauci being "the president." For these reasons, we are issuing a rating of "Mostly False."

Biden's remarks can be watched in their proper context below. He was speaking on Dec. 2, at the launch of the government's winter COVID-19 plan, at the National Institutes of Health (NIH) in Bethesda, Maryland. An excerpted transcript can be found below:

Biden: Please, if there's any audience who I should be standing for, it's you. Not you standing for me, but thank you very much.

Good afternoon. You know, in February I came out here to the National Institute of Health and NIH, and to our vaccine research center, to thank all of you, and the world-class doctors, scientists, researchers for the incredible work you've done during the pandemic. And developing vaccines, saving lives, giving us hope — also, continuing to give me advice on the developments, as they occur. I've seen more [laughs] of Dr. Fauci than I have my wife. We kid each other, but [audience laughs] they look "Who's president? Fauci." But all kidding aside, I sincerely mean it...

Viewed in their proper context, Biden's remarks were unambiguous, and the president clearly demonstrated he was speaking in jest both verbally ("We kid each other," "all kidding aside") and non-verbally, by laughing. Those in the room at the time also clearly understood his remarks to have been in jest, by also laughing.

The phrase "I sincerely mean it" — seized upon by critics of Biden as proof that he was muddying the waters over the sincerity of his Fauci quip, in fact referred back to the main thrust of his sentence, namely his expression of gratitude to NIH scientists for "developing vaccines, saving lives, giving us hope."

“Biden Thanks Fauci and Jokes (?) That He’s the Real President: ‘I Sincerely Mean It.’” Mediaite, 2 Dec. 2021, https://www.mediaite.com/tv/biden-thanks-fauci-and-jokes-that-hes-the-real-president-i-sincerely-mean-it/.