Did Joe Biden Say 2nd Amendment is a ‘Phony Argument’? 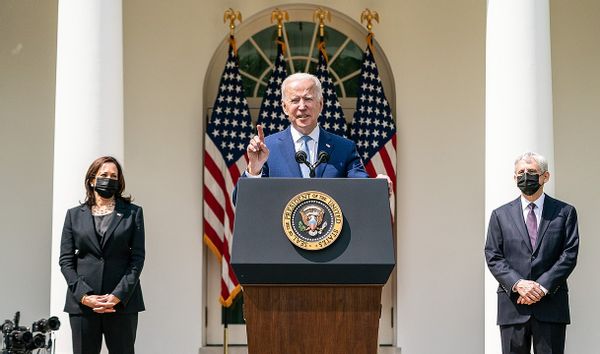 Claim:
On April 8, 2021, U.S. President Joe Biden said the Second Amendment of the U.S. Constitution is a “phony argument.”
Rating:

On April 8, 2021, U.S. President Joe Biden formally announced his executive orders aimed at ending gun violence. During remarks made in the White House Rose Garden, he called on the Justice Department to, among other measures, crack down on “ghost guns” which are unregistered firearms that can be assembled from kits.

The announcement followed two mass shootings in Georgia and Colorado that made headlines in 2021.

Some of Biden's comments were picked up and misrepresented by conservatives, including U.S. Sen. Josh Hawley of Missouri who claimed that Biden referred to the Second Amendment as a “phony argument.”

Biden’s full comments are recorded in the White House transcript from his speech. He actually said:

But I also — today, we’re taking steps to confront not just the gun crisis, but what is actually a public health crisis. Nothing — nothing I’m about to recommend in any way impinges on the Second Amendment. They’re phony, arguments suggesting that these are Second Amendment rights at stake from what we’re talking about.

The full video of his speech can be seen below. He makes the specific comment at the 4:25 mark:

The Second Amendment of the constitution reads: "A well regulated Militia, being necessary to the security of a free State, the right of the people to keep and bear Arms, shall not be infringed."

It is fairly clear, if you listen to Biden's full remarks, that he did not say that the Second Amendment is a “phony argument.” Rather, he said any arguments that his recommended gun control measures threaten Second Amendment rights are “phony.” As such, we rate this claim as “False.”