Did Biden Have a 'Ron Burgundy' Moment?

A misleading video clip of Biden saying "end of quote" was widely circulated on social media. 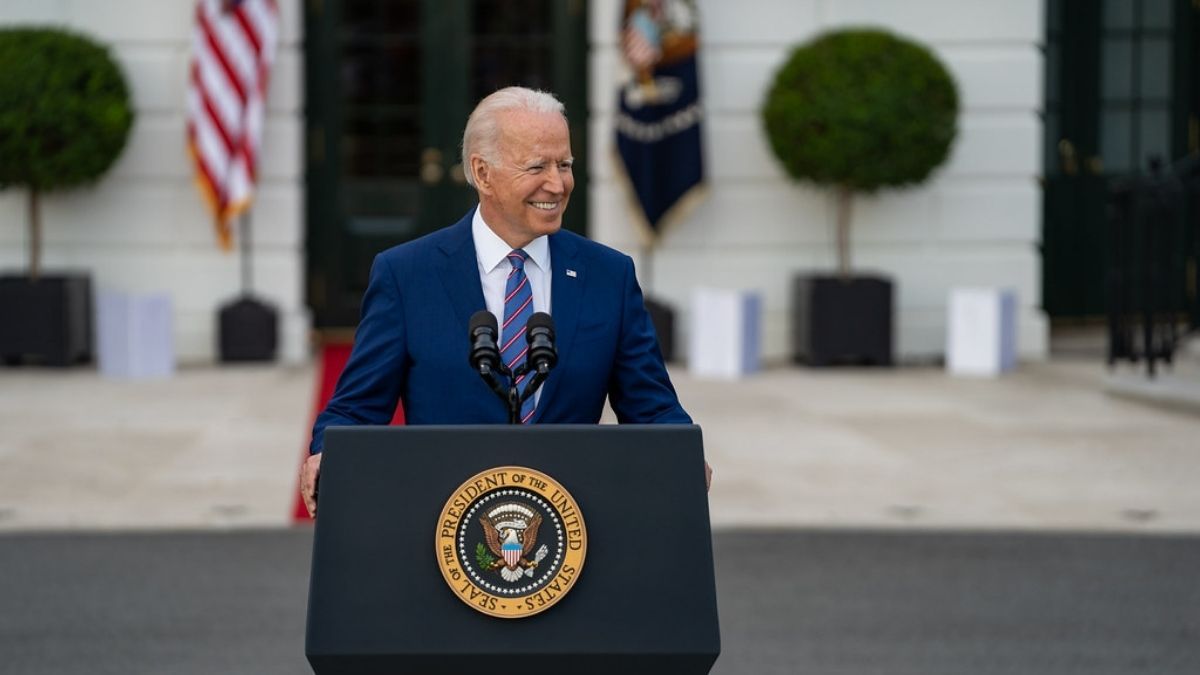 Claim:
U.S. President Joe Biden had a "Ron Burgundy" moment when he carelessly read something he wasn't supposed to say off a teleprompter.
Rating:

One of the most memorable scenes in the 2004 movie "Anchorman" takes place when news anchor Ron Burgundy, played by actor Will Ferrell, insults the city of San Diego due to someone editing his script after the editor is informed that "Ron Burgundy will read anything that is put on that teleprompter. And when I say anything, I mean anything."

This video has been viewed more than 1 million times. And while it appears to show Biden randomly saying "end of quote," this video is edited to omit the part of Biden's speech where the president informed his listeners that he was beginning a quote. In other words, "end of quote" wasn't a random non-sequitur that he read off the teleprompter simply because it was there. It was part of his speech that indicated he was no longer quoting someone else.

The above-displayed video shows Biden delivering a speech on the economy. Here's a transcript of this portion of Biden's speech:

And, by the way, you may have heard the CEO of Walmart yesterday on the steps we’ve taken. He said, and I quote, “The combination of private enterprise and government working together has been really successful.” He went on to say, “All the way through the supply chain, there’s… a lot of innovation.” Because of the actions we’ve taken, things have begun to change. End of quote.

While Biden clearly said "end of quote" because he was no longer quoting the CEO of Walmart, a number of news outlets reported on this fake faux pas.

Fox News, for example, published an article titled "Biden appears to read 'end of quote' from teleprompter during gas price inflation speech." Fox would later amend this title to note that while "Biden appeared to read ‘end of quote’ from teleprompter" he "was actually quoting a business leader." The Daily Mail made a similar edit, changing this title "Don't go off script, Joe! Awkward moment Biden says 'end of quote' while reading his economics speech off a teleprompter before his Thanksgiving weekend" to this title "Joe Biden's awkward 'Ron Burgundy' moment is not as it seems: President uses 'end of quote' to clarify he was simply repeating Walmart CEO's comments over supply chain issues."

Biden's full speech can be seen below. The portion of the speech dealing with this quote starts around the 2:30 mark.

The above-displayed video does not show that Biden will read anything that is put on his teleprompter, a la Ron Burgundy. Here's what a real Ron Burgundy moment looks like.

In July 2022, social media users claimed that Biden had another "Ron Burgundy" moment when he said "repeat the line" during his remarks after signing an executive order to protect access to reproductive health care services. While social media users presented this clip if Biden read something he shouldn't have off the teleprompter, the White House transcript of the event recorded Biden saying "Let me repeat the line" as he emphasized about a point about the political power of women voters.