Lee Greenwood was one of eight members of the National Council on the Arts set to be replaced in 2021 pending Senate confirmation — six of them were Obama nominees. 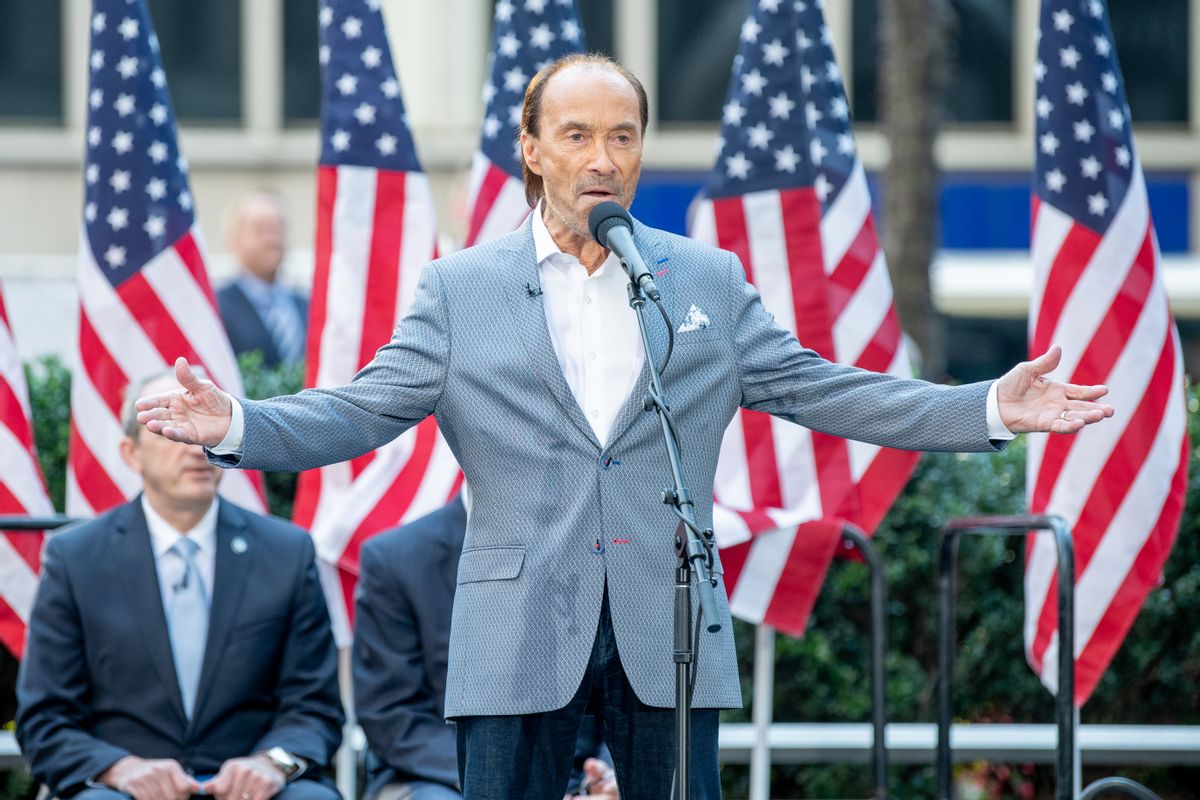 Claim:
In 2021, U.S. President Joe Biden replaced country singer Lee Greenwood on the National Council on the Arts, as part of an anti-conservative agenda.
Rating:

In 2021, President Joe Biden nominated Kamilah Forbes, a theatre and TV director and producer, to replace country singer Lee Greenwood on the National Council on the Arts. But ...

If Forbes' nomination is not confirmed by the Senate, Greenwood will remain in place, and remained on the arts council at the time of this writing. Furthermore, contrary to claims that Greenwood's would-be removal was part of an anti-conservative agenda, no fewer than eight current council members would be replaced under Biden administration proposals, and six of those were Obama nominees.

In September 2021, several primarily right-leaning outlets reported that Lee Greenwood, a country singer best known for his patriotic hit "God Bless the USA," had been replaced on the National Council on the Arts, with Greenwood claiming he was being removed for political reasons.

For example, on Sept. 23, Greenwood told Fox News he was "shocked" to receive an email informing him he was to be replaced on the council, which advises the chairman of the National Endowment for the Arts, an agency that oversees federal arts policy and distributes grants to cultural organizations. "He's cleaned house," Greenwood said of President Joe Biden. "Finally he's fired the patriot."

On the right-wing platform Newsmax, Greenwood struck a similar tone, saying, "I believe he [Biden] decided to clean house. He's getting rid of all conservatives in the government."

Earlier in 2021, Biden did signal his intention to replace Greenwood on the arts council, so this element of the claim was accurate. However, the notion that the country singer was specifically or exclusively targeted for his conservative political views was contradicted by the fact that seven other council members were set to be replaced as well, pending Senate confirmation of their replacements, and almost all of those were nominees of fellow Democratic (former) President Barack Obama.

Furthermore, Greenwood had not actually been replaced as of October 2021, and will not be, unless the Senate confirms his replacement. As a result, we are issuing a rating of "Mostly False."

Greenwood was first appointed to the arts council in 2008, after then-President George W. Bush nominated him, and the Senate confirmed his appointment. His patriotic 1984 single "God Bless the USA" had regained popularity in the aftermath of the Sept. 11, 2001, attacks, and would later be used as entrance music during rallies held by former President Donald Trump, in 2016 and 2020.

The Tennesseean's six-year term expired in 2014, but he has remained on the advisory board since then, because the Senate has not yet confirmed the appointment of a successor.

In 2015, then-President Barack Obama nominated the jazz musician and songwriter Esperanza Spalding to replace Greenwood on the council, but the Senate failed to take any action on that nomination, meaning Greenwood remained in place.

These "expired" appointments are actually quite commonplace. In fact, as of October 2021, all 15 members of the arts council were serving on expired terms.

Far from singling out Greenwood for removal, the Biden administration has in fact proposed replacing no fewer than eight existing members, all of whose terms expired between 2012 and 2018, with eight nominees, as follows:

Of the eight current council members Biden sought to replace in 2021, six were originally nominated, or nominated for re-appointment, by Obama — a further blow to Greenwood's claim that his replacement was being sought as part of a targeted campaign, on the part of the Biden administration, against his conservative political views.