The U.S. president condemned the Russian president and his actions in Ukraine. 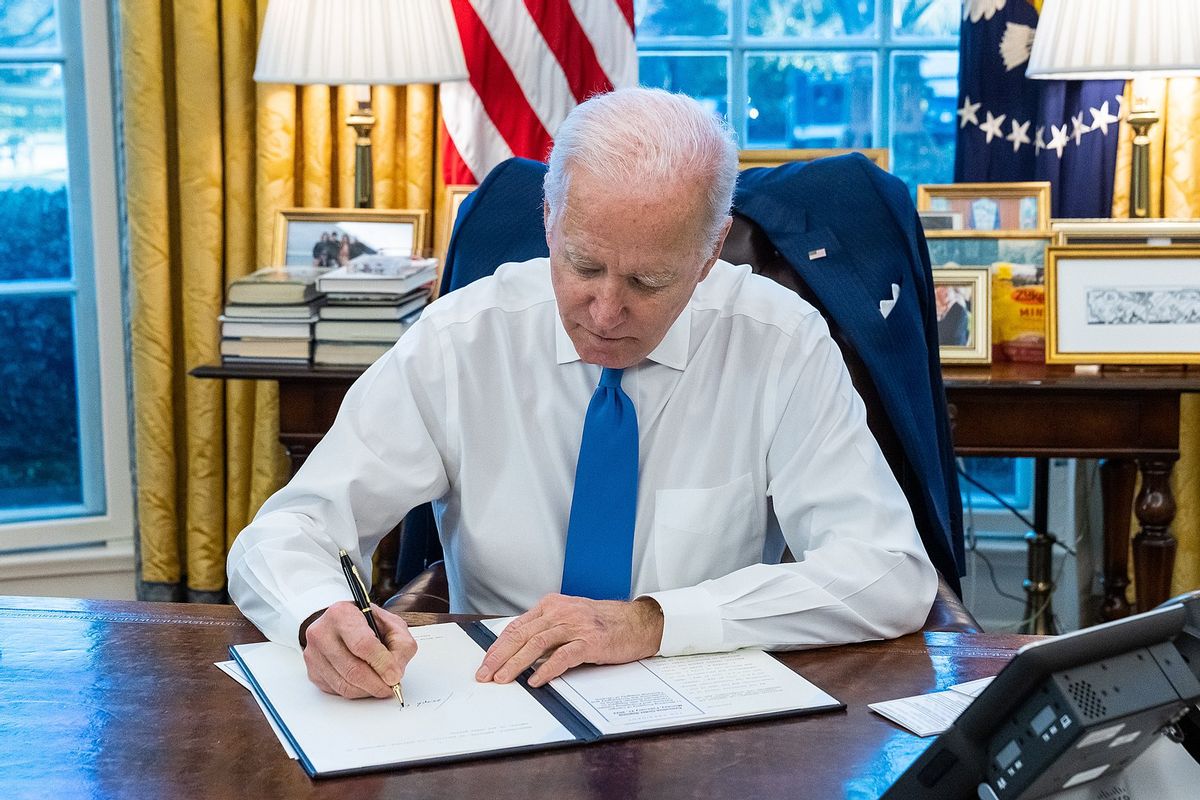 U.S. President Joe Biden did not mince his words when he said that Russian President Vladimir Putin "cannot remain in power" while on a visit to Poland in March 2022. The comments came amid the Russian invasion of Ukraine, and as Biden met with refugees, European leaders, and NATO allies.

In a roughly 30-minute speech at the Royal Castle in Warsaw, Poland, Biden said (emphasis ours):

​​A dictator bent on rebuilding an empire will never erase a people’s love for liberty.  Brutality will never grind down their will to be free.  Ukraine will never be a victory for Russia — for free people refuse to live in a world of hopelessness and darkness.

We will have a different future — a brighter future rooted in democracy and principle, hope and light, of decency and dignity, of freedom and possibilities.

For God’s sake, this man cannot remain in power.

You can watch that section of his speech below. The aforementioned quote comes at the end of the video:

Dmitry Peskov, spokesperson for the Kremlin, replied to Biden, “It’s not up to the president of the U.S. and not up to the Americans to decide who will remain in power in Russia.”

Even Biden’s aides rushed to clarify after his remarks that he wasn’t calling for an immediate change of government in Moscow. Biden also later responded to a question about whether he supported regime change in Moscow with a clear “no.” He said: “Nobody believes that I was talking about taking down Putin. Nobody believes that [...] The last thing I want to do is to engage in a land war or nuclear war with Russia [...] I was expressing my outrage at the behavior of this man [...] It’s more an aspiration. He shouldn’t be in power."

But Biden’s original remark, reported as being “off-the-cuff” and “ad-libbed,” has generated anxiety among some European leaders. French President Emmanuel Macron said, “I wouldn’t use these kind of words,” and, “If we want to do this, we mustn’t escalate, neither with words nor with actions.”

Meanwhile, Ukraine and Russia prepared for face-to-face peace talks in Turkey on March 29, 2022.

We thus rate this claim as “Correct Attribution.”

“Remarks by President Biden on the United Efforts of the Free World to Support the People of Ukraine.” The White House, 26 Mar. 2022, https://www.whitehouse.gov/briefing-room/speeches-remarks/2022/03/26/remarks-by-president-biden-on-the-united-efforts-of-the-free-world-to-support-the-people-of-ukraine/.