Did Biden Promise 'Fewer Fires, Floods, and Hurricanes' If Elected?

In a September 2020 address, Biden called Trump a “climate arsonist” and “climate denier.” 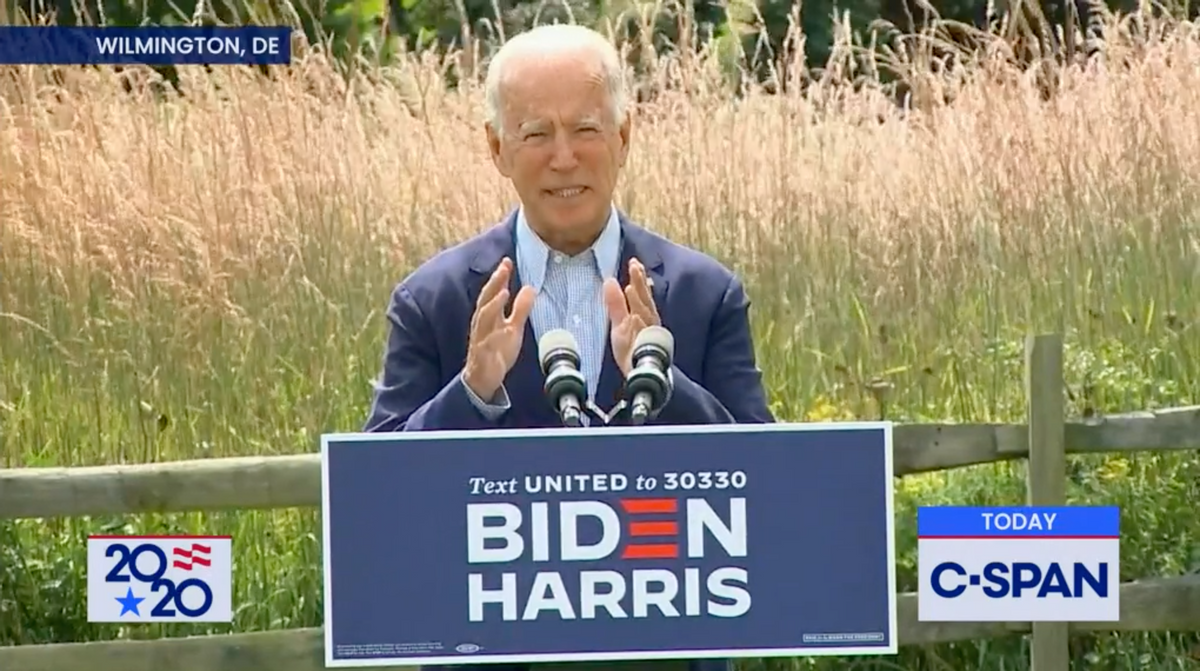 Claim:
While on the campaign trail in September 2020, U.S. Democratic presidential candidate Joe Biden promised fewer fires, floods, and hurricanes if he wins the election in November.
Rating:

During a public campaign address in September 2020, Biden promised voters he would “solve the climate crisis” if elected president in November, and warned that the effects of climate change would worsen if Trump serves a second term.

However, Biden did not literally “promise fewer fires, floods, and hurricanes” as some media headlines suggested.

In the lead-up to the 2020 presidential election, and in the wake of record-breaking wildfires that burned on the West Coast, the issue of climate change remained a hot topic for U.S. Democratic presidential candidate Joe Biden.

Biden was highly critical of what he termed U.S. President Donald Trump's "climate denialism" when he spoke on the issue during a public address at the Delaware Museum of Natural History in Wilmington on Sept. 14, 2020. In the headline of its report on Biden's speech, pro-Trump political commentary website PJ Media claimed that the former vice president had promised "fewer fires, floods, and hurricanes” if he wins the election.

Though Biden did promise he would “solve the climate crisis” if elected in November, he did not literally promise fewer catastrophic events. Rather, the presidential hopeful called his Republican opponent U.S. President Donald Trump a “climate arsonist” and “climate denier” who, if reelected, would impose political strategies that would worsen the effects of catastrophic climate change-related events:

In the speech, Biden claimed his administration would lessen the effects of what he called the “undeniable acceleration of the punishing realities of climate change on our planet and our people.” He referred to Trump directly in the following excerpts (a full transcript is available here):

Donald Trump’s climate denial may not have caused these fires and record floods and record hurricanes, but if he gets a second term, these hellish events will continue to become more common, more devastating, and more deadly.

We need a president who respects science. Who understands that the damage from climate change is already here. Unless we take urgent action, we’ll see – it will soon be more catastrophic.

A president recognizes, understands, and cares that Americans are dying, which makes President Trump’s climate denialism, his disdain for science and facts, all the more unconscionable.

I want you to know that if you give me the honor of serving as your president, we can and we will meet this moment with urgency and purpose. We can and we will solve the climate crises. And we’ll build back better than we were before.

During his 25-minute speech, Biden acknowledged the “devastating wildfires” in California, Oregon, and Washington, made reference to the hurricanes and tropical storms that made landfall in the Southeastern U.S. in September, and made a nod to the floods and droughts that swept across parts of the Midwest in 2019 and 2020.

His full remarks can be watched below: