Did Biden Rely on 'Cheat Sheet' During His First Press Conference?

Taking the podium equipped with notes is neither new nor remarkable at a presidential news conference. 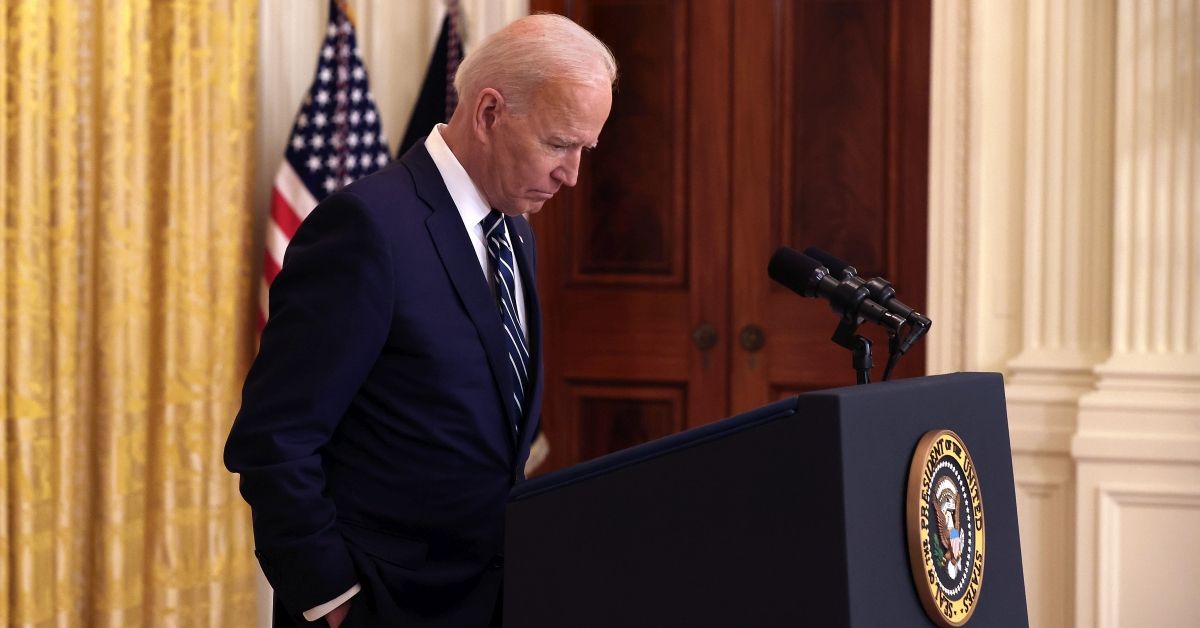 Claim:
U.S. President Joe Biden referred to printed notes and a sheet that apparently listed the names and thumbnail images of reporters during his first news conference.
Rating:

Despite partisan criticisms that it somehow proved the event was "scripted" or "staged," there is nothing new, remarkable, or suspect about a president having a prepared agenda and referring to notes during a formal news conference.

Following U.S. President Joe Biden's first news conference on March 25, 2021, partisan critics blew up the fact that Biden appeared to have notes at the lectern, with some critics singling out what they described as a sheet containing thumbnail photos of reporters present at the event, claiming it was evidence the entire news conference was "scripted" or "staged."

"New photos show cheat sheets used by Biden during his first press conference," a headline published by the New York Post read. One of the photos in question, taken by pool photojournalist Oliver Contreras, can be seen in the Post's tweet below:

The "cheat sheet" narrative took on a life of its own when the likes of pro-Trump conspiracy outlet OANN and others picked up on it. "That was not a press conference—that was a play put on by bad faith actors in a pseudo-democracy," Twitter conspiracy theorist Candace Owens wrote, for example. We reached out to Contreras and asked whether he could shed any light from his vantage point on the content of those pages, and will update if we hear back.

We also reached out to the White House press office asking if and why Biden had a list of reporters selected for questions, and were given the following answer, which wasn't directly responsive to our question:

Due to limited capacity during the pandemic, we unfortunately did not have the capability to host all members of the press on campus at the press conference on Thursday. The President took questions for over an hour from reporters, covering a variety of topics. He routinely takes questions from the press during pool sprays, Marine One departures, and other events. We will continue to make the President and other senior administration officials available for questions.

We asked for clarification but didn't hear back in time for publication. We will update this story if we do.

Biden appeared to reference notes before calling on reporters, so it's unclear whether journalists were able to ask questions on a first-come, first-serve basis, whether they had submitted questions in advance, or some other arrangement was made. The viral posts above, however, appeared to posit that the event was "scripted" or "staged" in some literal sense — a conspiratorial spin on the unremarkable fact that the news conference was planned in advance and the president came prepared with notes.

In February 2021, a similar media controversy bubbled up over reports that the White House asked journalists in advance for the questions they planned to ask at daily briefings. Some criticized the practice, while others said it isn't unusual for White House staffers to ascertain topics that will likely come up so they can research answers and provide more information during the course of the briefing, rather than having to follow up after the fact.

Guardian writer Poppy Noor pointed out that other presidents have held news conferences in which they came prepared with notes, notably Biden's predecessor, former President Donald Trump, who created his own internet controversy with notes like these at the podium: