No, Biden Didn't Put Medal of Honor on Backwards

Perhaps a better question to ask: Should you be suspicious of low-quality, grainy footage of official White House events? 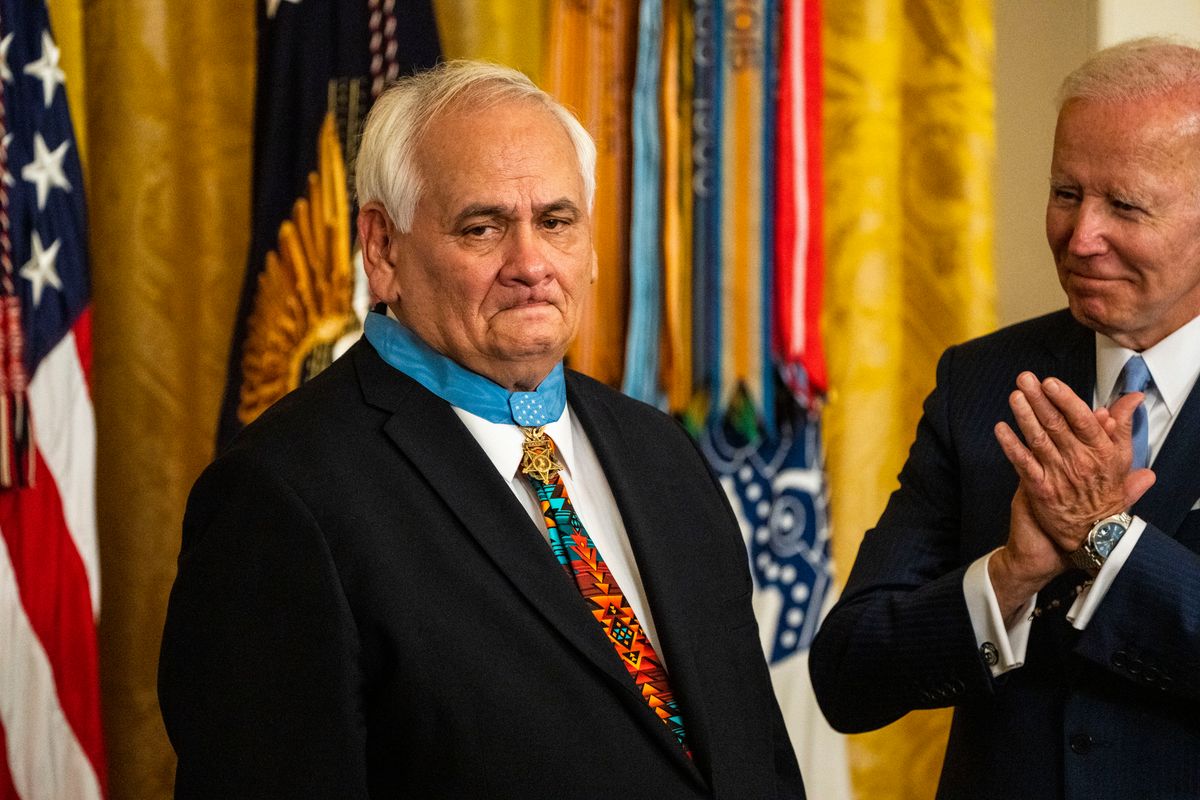 In July 2022, a grainy piece of video started to circulate on social media that supposedly showed U.S. President Joe Biden placing the Medal of Honor on backwards around the neck of recipient Dwight W. Birdwell, a Vietnam War veteran.

Biden did not put this medal on backwards. Contrary to this viral claim, the medal is correctly placed on the recipient's chest, not his back.

The above-displayed video comes from a July 5 ceremony in which Biden awarded four Vietnam veterans the Medal of Honor. CBS News reported:

President Biden awarded the Medal of Honor to four U.S. Army soldiers who withstood tenacious fighting in the Vietnam War, recognizing them for their valor during a ceremony at the White House on Tuesday.

"They stood in the way of danger," the president said. "Risked everything, literally everything to defend our nation and our values. However, not every service member has received the full recognition they deserve. Today, we're setting the record straight. We're upgrading the awards of four soldiers who performed acts of incredible heroism during the Vietnam conflict."

As this was an official White House event, we found plenty of quality photographs and high definition (HD) footage and of this event. So why is the viral claim that Biden put this medal on backwards attached to such a grainy piece of footage? Probably to make it difficult to see what's actually happening and therefore making it easier to be convinced that Biden did something he didn't.

When viewing an HD copy of this video, it is clear that Biden placed this medal on the correct way. The moment can be seen around the 29-minute mark of the following video from PBS.

Several photographs from this event also clearly show Biden did not place this medal on backwards.