Biden or Trump: Who Had All-Women Press Team First? 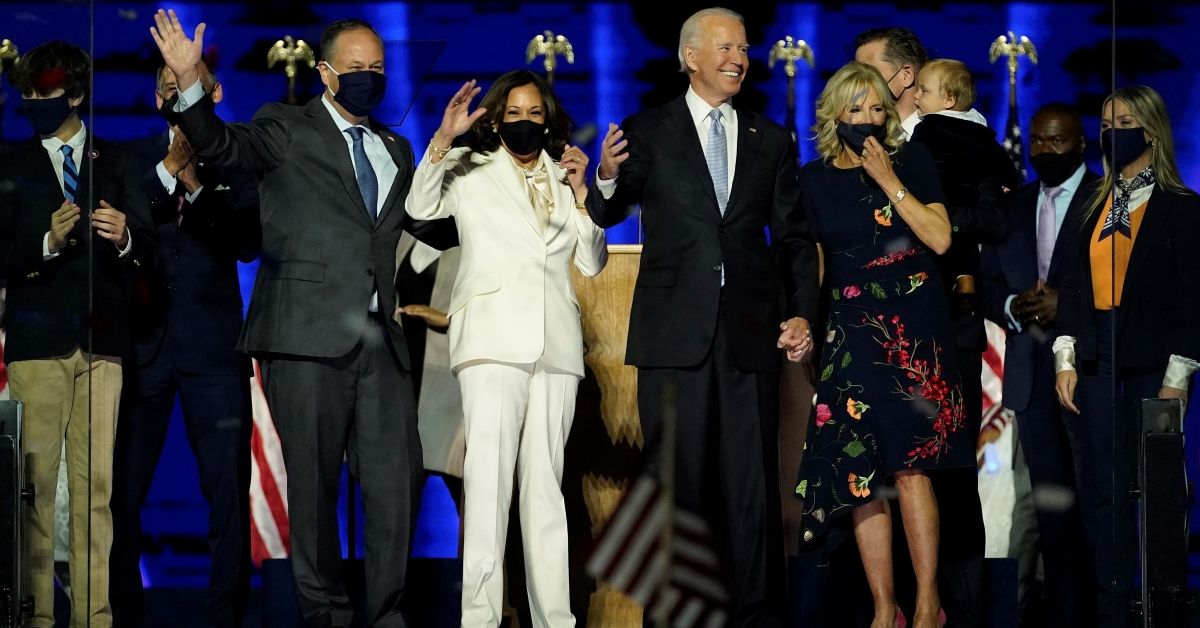 However, under Donald Trump, women served as press secretary and communications director simultaneously, which are arguably the White House's most "senior" communications positions.

On Nov. 29, 2020, social media posts and news stories announced selections by U.S. President-elect Joe Biden and Vice President-elect Kamala Harris for their White House communications team. According to the reports, they chose all women to lead the team tasked with crafting their presidential administration's messages.

"For the first time in history, these communications roles will be filled entirely by women," a tweet from the official account for the Biden-Harris presidential transition read, referring to the first and second-ranking positions of the White House's Press Secretary and Communications offices, as well as jobs running press for the vice president and first lady. News outlets, including The Washington Post, published stories about the alleged milestone. The Associated Press reported, for instance: "[It's] the first time the entire senior White House communications team will be entirely female." Calling that claim false, however, conservative media and members of President Donald Trump's press team said that he — not Biden — was actually the first commander-in-chief to have all women in leading communications roles.

The Federalist, a self-described conservative web magazine, published on Nov. 30:

Communications Director Alyssa Farah is a woman who has served in communications roles with the Trump administration for more than three years.

The vice president’s communications director is Katie Miller. She is a woman.

The first lady’s spokesperson is Stephanie Grisham. She is a woman who previously served as President Trump’s press secretary. And Karen Pence’s director of communications is Kara Brooks, also a woman.

Retweeting a Washington Post news story about Biden's new designees — a report that included a line saying "all of the top aides" speaking for a presidential administration for the first time will be women — McEnany said on Twitter: First, before we unpack that claim, Dee Dee Myers was the first woman to serve as White House press secretary, and Dana Perino was the second, under former presidents Bill Clinton and George W. Bush, respectively. During their tenures, however, the White House directors of communication — the top advisers who work hand-in-hand with press secretaries to develop and promote the president's long-term media agenda — were men.

The Trump administration was indeed the first to appoint women to fill both of those leading communication roles. Hope Hicks took over as communications director in 2017, when Sarah Sanders was press secretary.

Stephanie Grisham took over for Sanders in summer 2019. Less than a year later, McEnany became press secretary, and she remained in that role as of this writing.

After Hicks, Bill Shine ran the Trump administration's communications operation for less than one year. Then, in summer 2019, Grisham took over before Alyssa Farah assumed the position in April 2020. Farah resigned from that top post on Dec. 3, according to news reports. Before we proceed, let us note here: The structure and workflow of press teams for the White House, vice president, and first and second ladies vary from one presidential administration to the next.

As of this report, Katie Miller was a spokesperson for Vice President Mike Pence. Her Twitter bio said she was the office's communication director. Meanwhile, Devin O'Malley worked as the vice president's press secretary.

It is unclear who would serve an equivalent role for first-ever second gentleman Doug Emhoff come Inauguration Day Jan. 20, 2021, as of this report. Michael LaRosa was running press for Jill Biden during the transition, and Elizabeth Alexander was set to take over the first lady's communications when the new term starts.

In other words, McEnany's tweet and the above-sampled statement by The Federalist were true if taken at face value; women filled the highest-ranking jobs for shaping the Trump administration's media messages. But that truth does not completely discredit the underlying claim by the Biden transition team — that its entire senior press team will be women. Per the tweet by the Biden-Harris team, they consider that senior group to include the press secretary's and communications director's seconds-in-command — which, under Trump, were positions served by men.

Judd Deere was Trump's deputy press secretary, and Brian Morgenstern served as deputy press secretary and deputy communications director, as of this report. Also, as we noted earlier, O'Malley was a chief spokesperson of the vice president's office, while Symone Sanders was set to fill an equivalent role for Harris after Inauguration Day. In other words, who or what job constitutes as "senior" leadership on the White House communications team was the core question of the who-did-it-first debate. Aaron Blake, a political reporter for The Washington Post, wrote in a Nov. 30 commentary:

"Call it 'senior' or anything else, the Biden White House’s communications team will feature significantly more women," he said. "And those are unquestionably top jobs when it comes to 'speaking on behalf of the administration'; Deere and Morgenstern do a large chunk of that work for the Trump White House, as reporters will attest."

Additionally, since the gender of whoever runs communications for Harris' husband, Doug Emhoff, was unknown, it was misleading to include Brooks, the woman running press for Karen Pence, in the Trump team's argument.

Kelsey Bolar, an opinion writer for The Hill, wrote on Dec. 1:

As Biden builds his press shop, the roles on his senior communications team will not look the exact same as they do under Trump. This makes it impossible to do an apples to apples comparison. But in an attempt to prove their claims true, reporters are trying to count lower ranking male deputy communications officials in the White House as senior staff.

In sum, while it was true the Biden administration designated women to high-ranking press positions that, under Trump, were filled by men, it was also true that the sitting president's communications operation was led by women. For those reasons, we rate this claim a "mixture" of accurate and false information.