Was a 'Biden Election Official' Arrested for Election Fraud in Texas?

An arrest for election-related offenses in Texas in January 2021 had no connection to the Biden campaign. 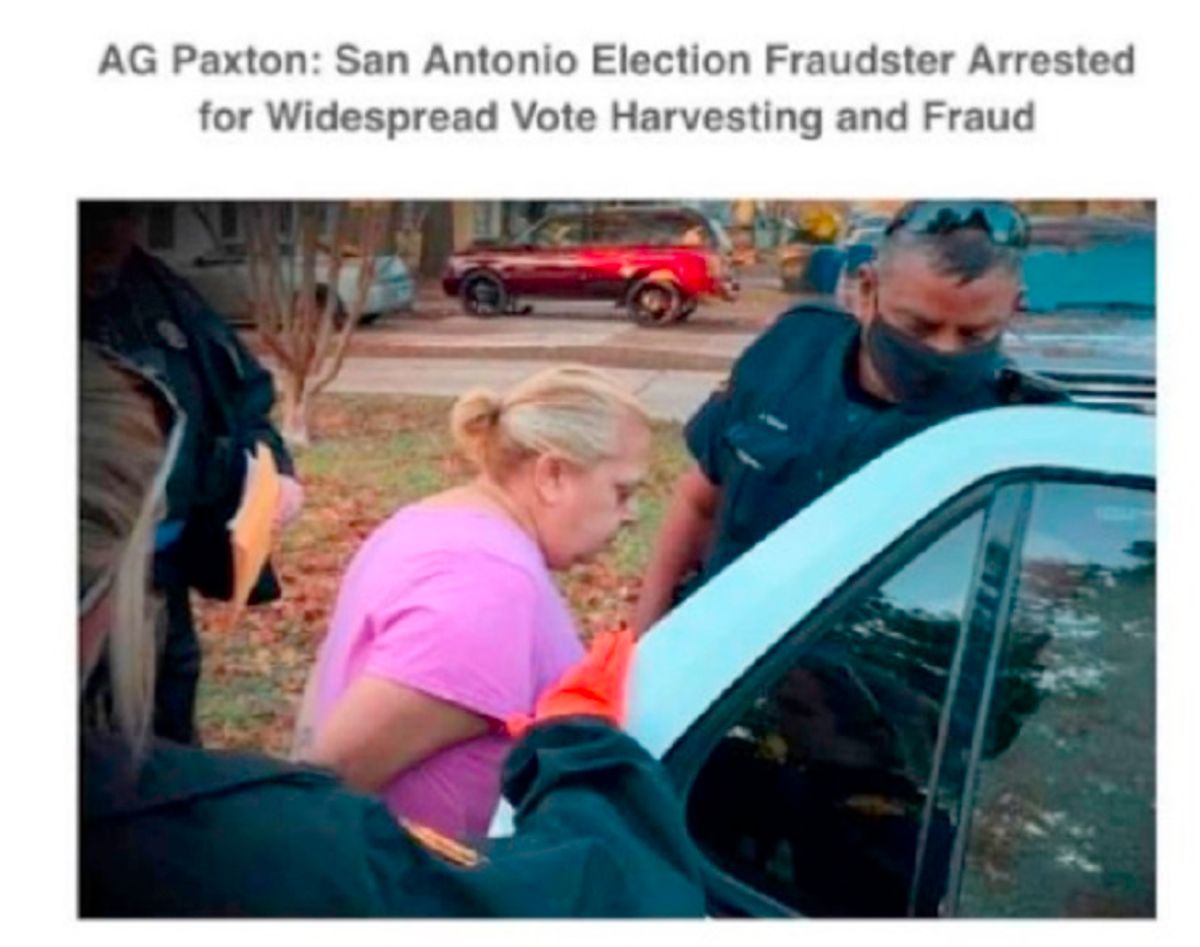 Claim:
A "Biden election official" was arrested for widespread election fraud in Texas in January 2021.
Rating:

The arrested woman was not a "Biden election official" and had no known official ties to the Biden campaign.

In January 2021, social media users circulated a claim that a "Biden election official has been arrested for widespread election fraud in Texas," along with what looked like a news release from Texas Attorney General Ken Paxton announcing an arrest connected with voter fraud:

This item had nothing to do with any Biden election official(s), however -- that claim seemed to have been a repetition of unfounded allegations made in a court filing several months earlier.

The news release from Paxton ("San Anto­nio Elec­tion Fraud­ster Arrest­ed for Wide­spread Vote Har­vest­ing and Fraud") was real, though, and issued on Jan. 13, 2021, to announce the arrest of a woman named Rachel Rodriguez for election fraud:

Paxton gained national prominence in December 2020, when he filed a lawsuit suffused with false claims in an effort to overturn U.S. President Donald Trump's loss to Joe Biden in the 2020 presidential election. The charges alleged in the arrest announced by Paxton in January 2021, even if proved true, would have no bearing on the outcome of that election.