Did Biden Say He Liked 'Colored Folk' and That 'Negroes' Shouldn't Hold Power?

A viral meme purportedly featured two past quotes from Joe Biden in which he said he liked "colored folk," and that "negroes" shouldn't hold power. 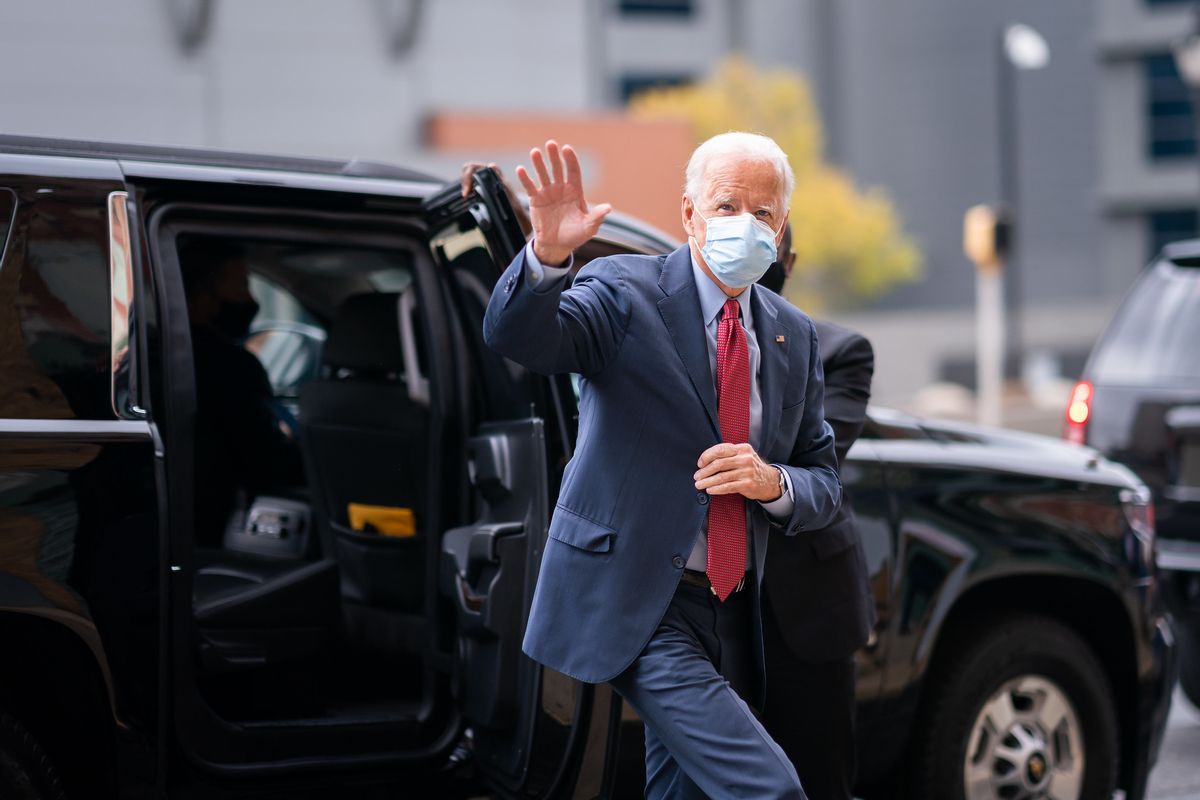 Claim:
U.S. President Joe Biden said: "Hell, I like all people. White, LGBTQ, even some colored folk." He also said: "Negroes should not be allowed to hold positions of power in government."
Rating:

In March 2021, a viral meme purportedly containing past statements uttered by U.S. President Joe Biden was shared on social media. One quote read: "Negroes should not be allowed to hold positions of power in government." The quote often appeared by itself, or with another quote also attributed to Biden that read: "Hell, I like all people. White, LGBTQ, even some colored folk." However, these were not real quotes.

We searched far and wide in archived newspapers, C-SPAN transcripts, and other sources, and found nothing of the sort. Further, the quote about "even some colored folk" did not appear to be a paraphrase of anything Biden said.

Regarding the "negroes" quote that mentioned "positions of power," specifically, it may have been a paraphrase of something then-Sen. Biden read aloud in Congress in 1985. It bore similarities to an instance in which he quoted someone else during a congressional hearing.

We previously reported about this June 5, 1985, Senate Judiciary Committee hearing. The same moment was referenced in a misleading meme that claimed he said: "We already have a n—– mayor (in New Orleans) and we don't need another n—– bigshot."

Again, while Biden did utter these words, he was quoting someone else to frame a question about the racial slurs. At the time, Biden was a U.S. Senator from Delaware. He was questioning William Bradford Reynolds, who was the assistant U.S. attorney general for the Civil Rights Division. He had been nominated by former U.S. President Ronald Reagan to be associate attorney general.

From our previous reporting:

Biden opposed Reynolds’ nomination on the grounds that Reynolds “had pursued a conservative political agenda and had shown contempt for civil rights laws,” particularly by opposing a redistricting plan (i.e., the “Nunez plan”) that would have eliminated gerrymandering to create a majority Black congressional district in Louisiana, and by ignoring racist comments issued by the state’s lawmakers.

During a committee hearing on Reynolds’ nomination, Biden pointed out that Reynolds had approved a redistricting plan that favored Republicans over the state’s Black residents, and that Reynolds had been made aware, via a memo from his staff, that legislators who opposed the Nunez plan had engaged in making racially disparaging comments. It was in that context, then, that Biden confronted Reynolds by reading out loud portions of the memo detailing racial slurs used by Louisiana legislators: “[Your staff] brought to your attention the allegation that important legislators in defeating the Nunez plan, in the basement, said, ‘We already have a n—– mayor [in New Orleans], we don’t need any more n—– big shots.’”

Biden’s point was that those comments, among other evidence, should have alerted Reynolds to issues with approving the Louisiana governor’s redistricting plan over the so-called Nunez plan. Biden’s efforts in opposing Reynolds were successful, as the Senate Judiciary Committee ultimately rejected his nomination for promotion.

In other words, Biden confronted Reynolds on live television after learning of racial slurs and a redistricting plan that put people of color at a disadvantage.

In sum, Biden never said the words "negroes should not be allowed to hold positions of power in government." The meme appears to be a paraphrase of a racial slur Biden quoted someone else using while he questioned a political nominee at a congressional hearing. In addition, we found no evidence he ever said anything resembling the "colored folk" quote.