Does This Photo Show Biden Meeting Government Officials Without Masks? 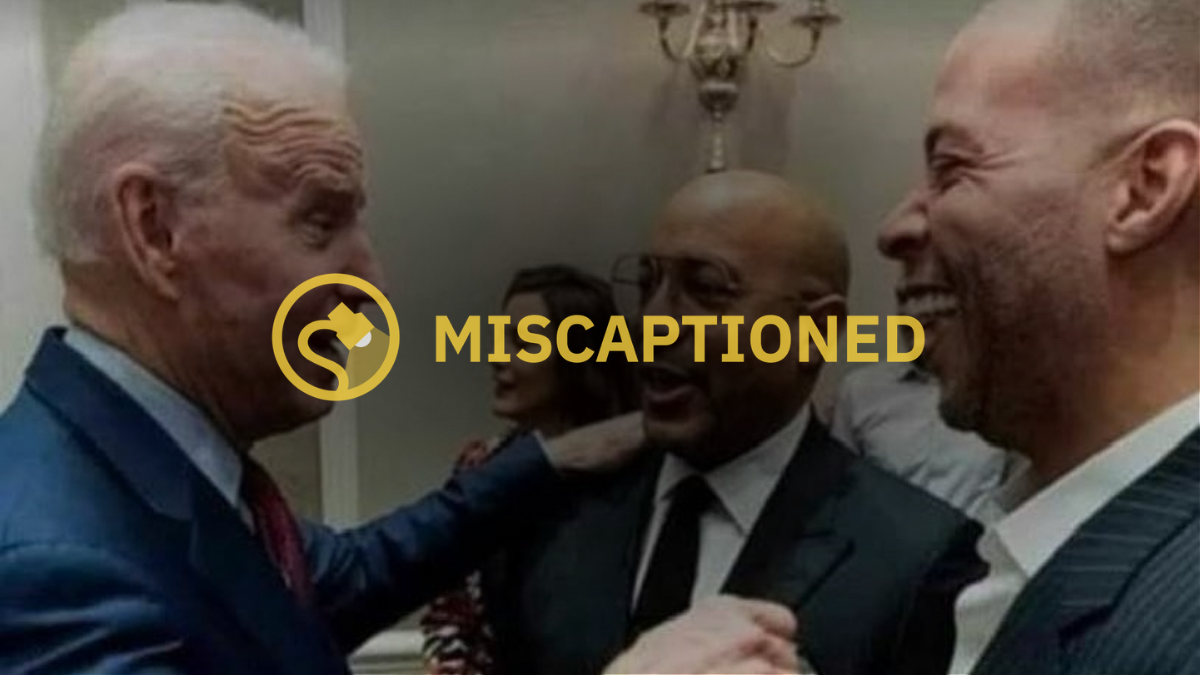 Claim:
A photograph captures Joe Biden meeting with several government officials in September 2020, with none of those present wearing masks.
Rating: The photograph is a genuine one, showing Biden with his hand on the shoulder of Dennis Archer, Jr. (son of former Detroit mayor Dennis Archer), with Michigan governor Gretchen Whitmer visible in the background. However, the picture was not taken in Washington, D.C., nor in the latter part of 2020. It was snapped in Detroit earlier in the year, before both COVID-19 cases began to be reported in that state, and before the Centers for Disease Control and Prevention began advising Americans to wear face coverings.

This image is from March 9, 2020, and captures a fundraiser held at the Detroit Athletic Club. Michigan did not report its first (presumptive) positive cases of COVID-19 (and declare a state of emergency) until the following day, the CDC did not first recommend that Americans begin wearing cloth or fabric face coverings in public spaces until April 3, and Michigan did not begin requiring the wearing of facemasks until April 24.

On Sep. 11, 2020, the Detroit Athletic Club confirmed via a Facebook post that the photograph was "from a private event prior to the shutdown in March." Archer's posting of this photograph to his Instagram account in Sep. 2020 is likely what drove initial circulation of this meme, even though that post noted that picture originated "earlier this year (pre Covid)."