Was Biden the Only Mask Wearer at Virtual Climate Summit?

The goings-on of a multi-day summit cannot be gleaned from a single still picture. 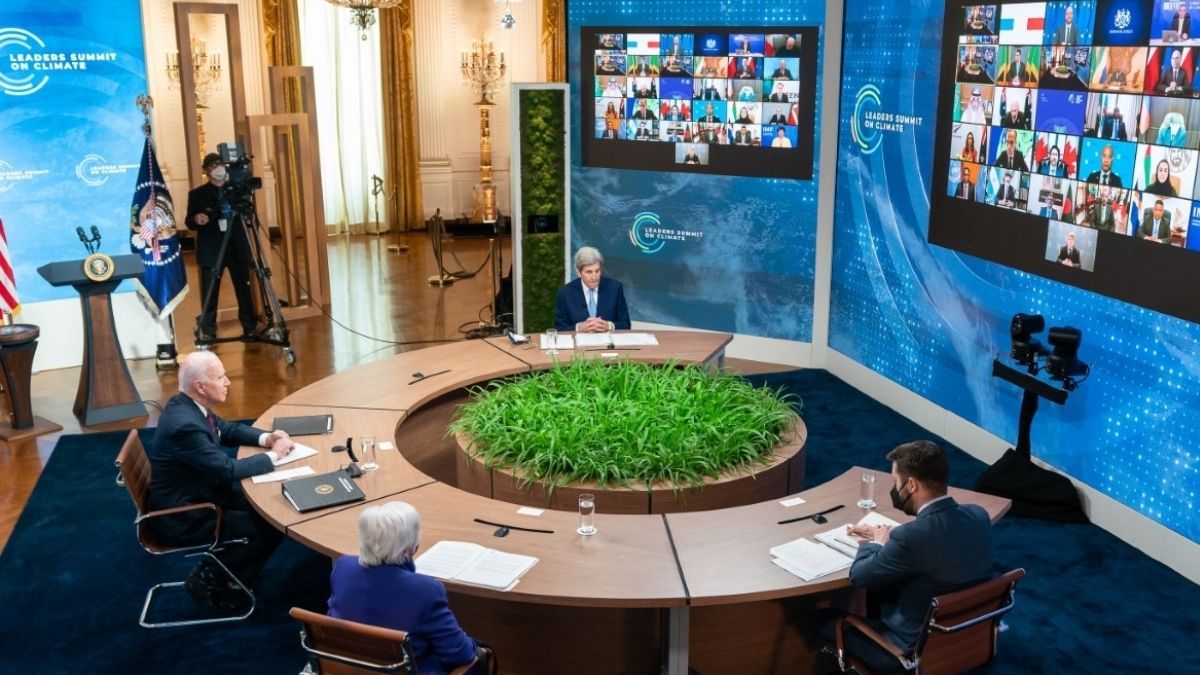 Claim:
U.S. President Joe Biden was the only world leader to wear a mask during an online climate summit in April 2021.
Rating:

In April 2021, a picture started circulating on social media that supposedly showed how U.S. President Joe Biden was the only world leader who wore a mask during a virtual climate summit: Although this does appear to be a genuine screenshot from the summit, it's incorrect to say that Biden was the only world leader to be wearing a mask.

For one thing, this picture shows less than half of the world leaders who attended the event. The "Leaders Summit on Climate" involved 40 world leaders, but the above-displayed picture only features 17 screens. The claim that Biden wore a mask for a "video call" is also misleading. Biden, as shown in the image at the top of this article, was not sitting alone in a room when he attended this conference. Rather, he was in proximity of other members of his team. In other words, Biden was wearing a mask for the safety of those in the room with him, not those on the video conference call.

It should also be noted that this screenshot shows a single moment from a multi-day summit. While Biden is the only one pictured here in a mask, we found several photographs showing other world leaders who masked up at various portions of this summit.

It should also be noted that Biden did not wear his mask during the entire event. At some points, as shown in the picture at the top of this article, he listened to other world leaders while not wearing a mask. He also removed his mask while he addressed the other world leaders, as can be seen in the following video: