Photographs of the president kneeling are popular viral fodder. 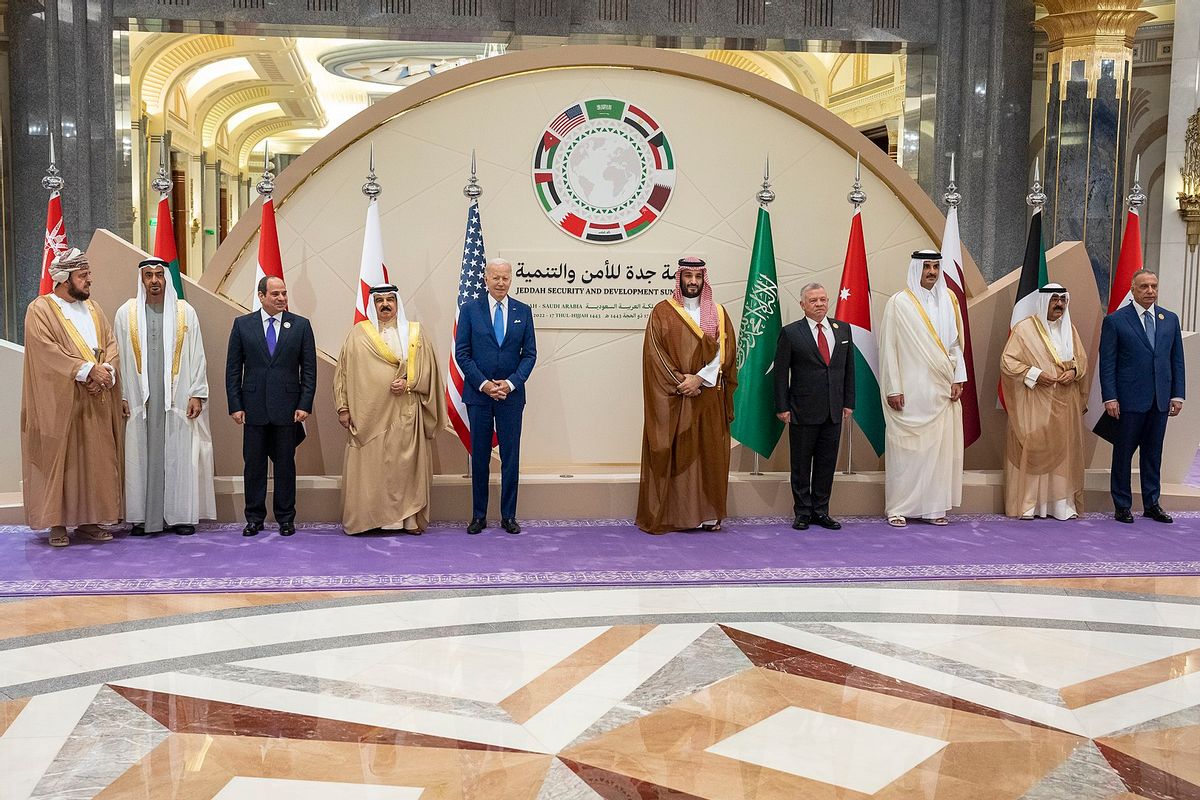 U.S. President Joe Biden has been depicted in a number of kneeling photographs, but this is not one of them. A clearly doctored photograph showing him kneeling in front of Saudi Crown Prince Mohammad Bin Salman made the rounds in mid-July 2022, after the leaders had a high-profile meeting in Jeddah, Saudi Arabia.

The original picture of Biden kneeling was taken from another moment back in 2020, which we fact-checked on a separate occasion. In that story Biden was campaigning for the presidency in Detroit in September 2020 and knelt down in front of a young boy.

In fact, the exact photograph of him kneeling that was later placed into the above image with the crown prince was shared by Reuters Pictures Editor Corinne Perkins in 2020:

This picture has the same angle as the one in the above tweet from Gorka. Biden himself shared the moment from a slightly different angle on his Instagram account:

We also looked through photographs taken from the meeting, and found nothing that indicated the president had kneeled in front of the prince.

While Biden did not kneel in front of the crown prince, he did greet him with a fist bump, which the Saudi government was quick to spread across social media. During his meetings with the crown prince and his father King Salman, Biden raised his concerns over the death of Saudi journalist Jamal Khashoggi and emphasized that he thought Bin Salman was responsible.

Khashoggi, a U.S.-based journalist, was killed at the Saudi consulate in Istanbul in 2018. A U.S. intelligence report released in 2021 said the prince likely approved the killing. Bin Salman has, however, has denied any involvement.

Given that the original photograph of Biden was clearly doctored, we rate this claim as “False.”