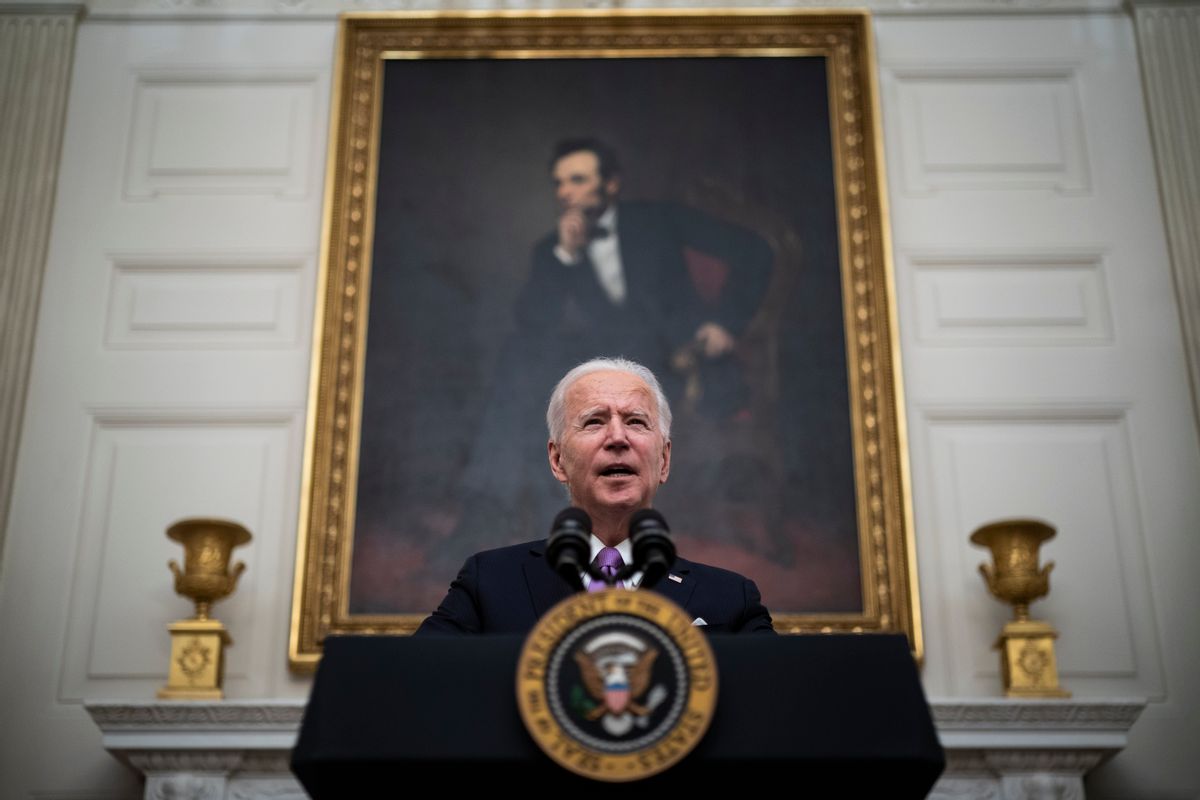 Claim:
A screenshot taken from TV coverage of a White House news conference displays a chyron accurately stating that the Biden administration had told pipeline workers, "You can find another job."
Rating:

Psaki did not literally tell pipeline workers "you can find another job" at that press conference, and no evidence showed she made the comment at any other event.

Before we address the claim, some context: The exact number of people who might be out of permanent or temporary work as a result of the executive order stopping construction on the 1,700-mile project spanning Montana, South Dakota, Nebraska, Kansas, and Oklahoma remained unknown as of this writing. A crew had completed the first section of the construction project, totaling just 1.2 miles, in May 2020.

TC Energy, the Alberta-based corporation behind the pipeline, estimated more than 11,000 people would work on Keystone XL in 2021. However, it was unclear if — or to what extent — those positions had actually been created or filled by early 2021.

Shortly after Biden signed the order halting pipeline construction, Keystone XL President told reporters that more than 1,000 jobs, the majority of them unionized, would be eliminated in coming weeks, according to The Associated Press. First, let us examine the content of the image. The chyron with the alleged quote appeared over an authentic image of a Jan. 21 White House press briefing, though it was unclear from what network or entity the recording originated.

Based on our review of online video archives, Newsmax — a highly-partisan conservative media network that's popular among supporters of former President Donald Trump — indeed broadcast the caption reading, "BIDEN ADMIN TO PIPELINE WORKERS: YOU CAN FIND ANOTHER JOB" for a video that published Jan. 22.

However, to determine whether Psaki had indeed made the comment, we reviewed the White House's transcriptions of her press briefings since Biden's inauguration on Jan. 20. Using keyword searches for "pipeline" or "Keystone," we learned she had then discussed the project twice, on Biden's first and second days in office.

According to the transcripts and C-SPAN videos of those press briefings, just hours after Biden's swearing-in ceremony on Jan. 20, a reporter asked Psaki about the new president's plans to contact foreign leaders.

"So his first call — foreign leader call will be on Friday with Prime Minister Trudeau," the press secretary said in her response. "I expect they will certainly discuss the important relationship with Canada, as well as his decision on the Keystone Pipeline that we announced today."

Then, the following day, a journalist asked Psaki for the administration's comment about Americans who will lose jobs as a result of the president's order to revoke the pipeline's permit, according to the videos and transcriptions. Psaki, wearing the same red dress depicted in the above-displayed image, responded as follows:

The message of the President and the White House would be that he is committed. His record will show — shows the American people that he’s committed to clean-energy jobs — to jobs that are not only good, high-paying jobs, union jobs, but ones that are also good for our environment. He thinks it’s possible to do both.

He led an effort when he was the Vice President to put millions of people to work with those — both of those priorities in mind, and he will continue to do that as President. But he had opposed the Keystone pipeline back in 2013, when it was — when there was a consideration of the permit, or — sorry, I don’t think it was 2013; I think it was a little bit after that. And he has been consistent in his view, and he was delivering on a promise he made to the American public during the campaign.

In other words, the nature of the scene in the above-displayed image was authentic — Psaki indeed hosted an official news conference on Jan. 21 wherein she responded to a question about workers who stood to lose jobs as a result of the administration's decision to revoke the Keystone XL permit.

But Psaki did not verbatim tell pipeline workers "you can find another job" at that press conference, and no evidence we found showed she made the comment at any other public speaking event following the president's executive order.

Instead, the press secretary's comments implied that other unidentified businesses would somehow provide jobs for former pipeline workers which aligned with Biden's goals for curbing fossil fuel emissions, without providing evidence or specific details on how that market change would occur. The administration has pledged to create 10 million jobs as part of a multi-pronged effort to mitigate climate change.

Updated with confirmation of the chyron's origin; changed truth rating to "Mixture."