Did Joe Biden Say the Mass Shootings in El Paso and Dayton Happened in 'Houston' and 'Michigan'?

Biden reportedly made the gaffe during a campaign event in San Diego, California. 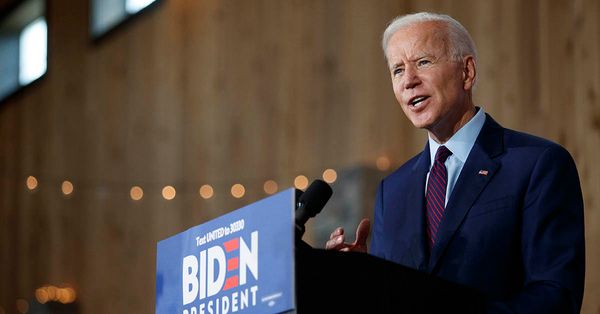 Claim:
Joe Biden incorrectly referred to the locations of massacres in El Paso, Texas, and Dayton, Ohio, in early August 2019 as having happened in "Houston" and "Michigan."
Rating:

Presidential candidate and former Vice President Joe Biden incorrectly referred to the locations of two mass shootings in August 2019 in El Paso, Texas, and Dayton, Ohio, as having happened in "Houston," Texas, and "Michigan." The remark came during a speech Biden gave at a fundraiser in San Diego, California, on Aug. 4, the same day as the Dayton massacre.

According to San Diego Union-Tribune reporter Lyndsay Winkley, about 75 people attended the event, which was held at a private residence in the Del Cerro neighborhood of San Diego. Winkley, who was a pool reporter at the event, told us she personally heard Biden make the gaffe. It came during a speech in which he vowed to ban assault-style firearms if elected president in 2020.

Winkley said Biden corrected himself about two minutes later, referring to El Paso by name and noting he had mistakenly referred to Dayton as "Michigan."

Have seen a couple of people asking me to verify that this is correct. It is. https://t.co/Au999osr5I

Readers asked Snopes to verify whether this incident occurred. Based on the fact it was witnessed and verified by a reporter on assignment, we rate it "true."

Both Biden and Trump incorrectly stated the location of the weekend tragedies, although Trump had a bigger platform on which to did so and did not immediately correct the record. During a televised speech at the White House addressing the weekend gun attacks, Trump mistakenly referred to the location of the Dayton shooting as "Toledo."