Was Biden’s Hat a Response to Trump’s MAGA Slogan?

Internet sleuths think the president-elect is trolling Trump with a “We Just Did” hat. 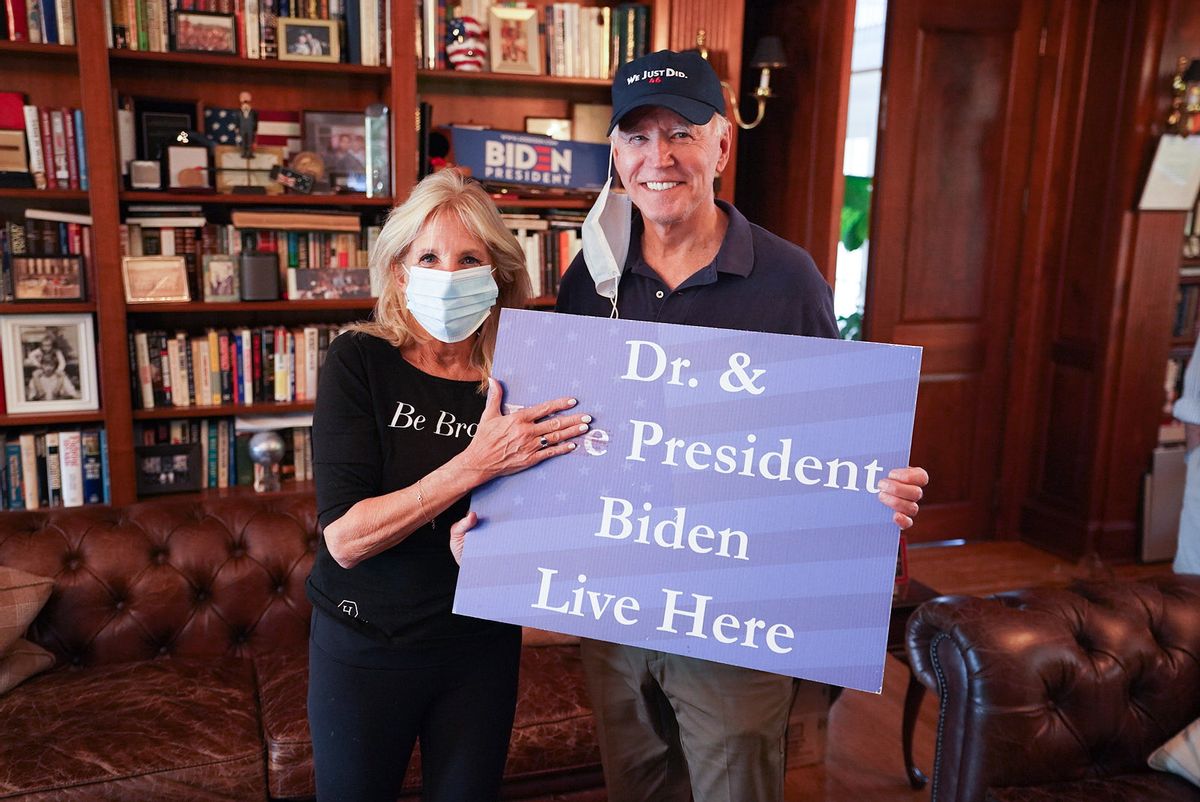 Not long after Joe Biden was declared the winner of the U.S. presidential election on Nov. 7, 2020, his wife, Jill Biden, posted a photograph celebrating the victory. Eagle-eyed viewers on the internet zoomed in on the blue baseball cap Biden was sporting, which read “We Just Did” above the number 46, indicating Biden’s new position as the 46th president of the United States.

Many interpreted “We Just Did” as a direct response to departing President Donald Trump’s campaign slogan “Make America Great Again,” which is emblazoned on a signature red hat worn by Trump and his supporters.

But this reported "trolling" by Biden remains unconfirmed. The Biden campaign has not commented on it, and media coverage emphasizes that this is an interpretation from many on the internet, although "We Just Did" was also seen as a “clever exercise in branding.”

Given that neither Biden nor his representatives have addressed the true intentions behind the “We Just Did” slogan on Biden’s hat to date, we rate this claim as “Unproven.”