Is This Biden and Harris in Front of a Burning Flag?

A "composite image" is a combination of two different photographs. 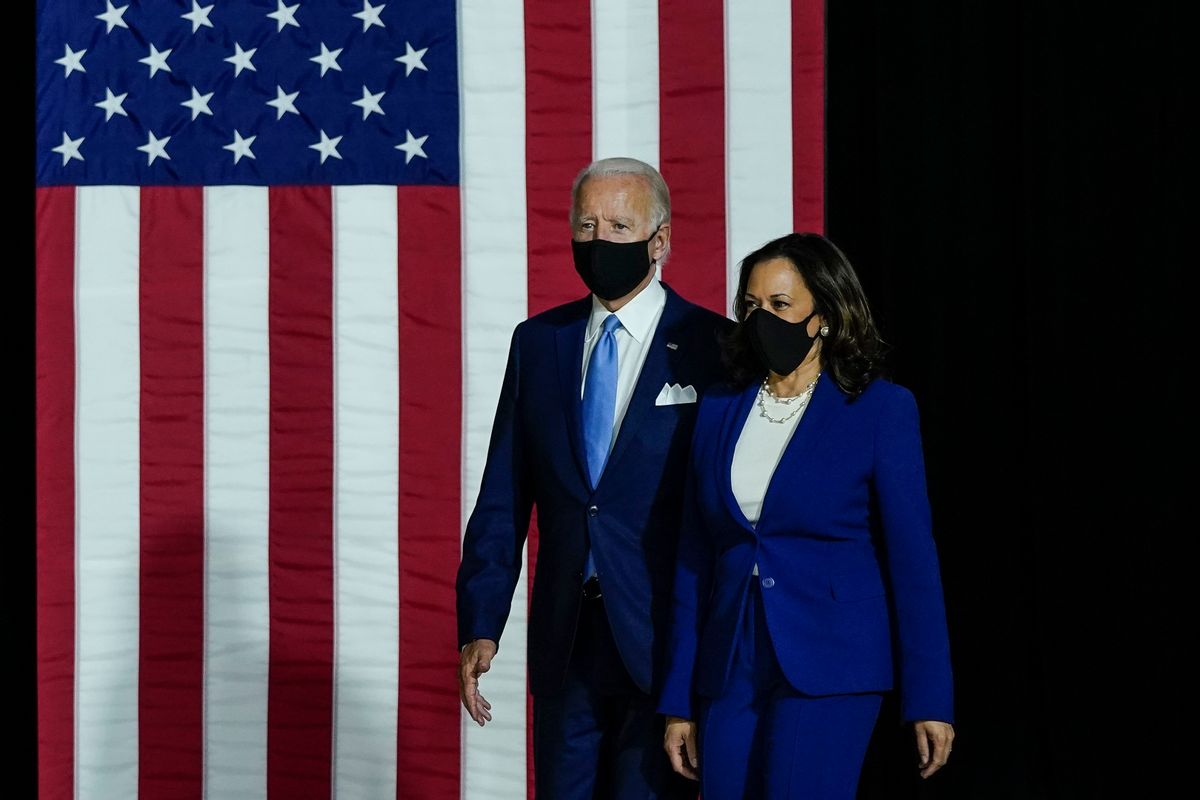 This is not a genuine photograph of Biden and Harris sitting near a group of people burning an American flag. This is a composite of two wholly unrelated pictures.

The bottom half of the composite image comes from a photograph that was taken for the August 2020 issue of People Magazine. The original photograph was captioned:

The top half of this image comes from a photograph taken by Elias Valverde II of The Shorthorn, the student newspaper at University of Texas at Arlington, and shows a group of people burning U.S. flags in the hours after a peaceful protest devolved into violence in June 2020 in Arlington, Texas. At least six people were arrested during this night of unrest. This photograph was originally captioned:

"Protesters cheer as American flags burn outside the Ott Cribbs Public Safety Center during a demonstration against police brutality June 1, 2020, in Arlington. Protesters threw the flag poles at the police station after the flags had burned. (Elias Valverde II / The Shorthorn)"

While this composite image was created in an apparent attempt to connect Biden and Harris to the more violent aspects of the protests that engulfed the U.S. during the summer of 2020, it should be noted that on June 2 — the day after this photograph of protesters burning an American flag was taken — the Democratic presidential candidate delivered a speech in Philadelphia, Pennsylvania in which he denounced such violent acts:

"There is no place for violence, no place for looting or destroying property or burning churches, or destroying businesses — many of them built by people of color who for the first time were beginning to realize their dreams and build wealth."

This isn't the first time that the original photograph of Biden and Harris has been subjected to digital manipulations. In August 2020, the "fake album covers" section of Reddit re-imagined this image as a, well, a fake album cover: